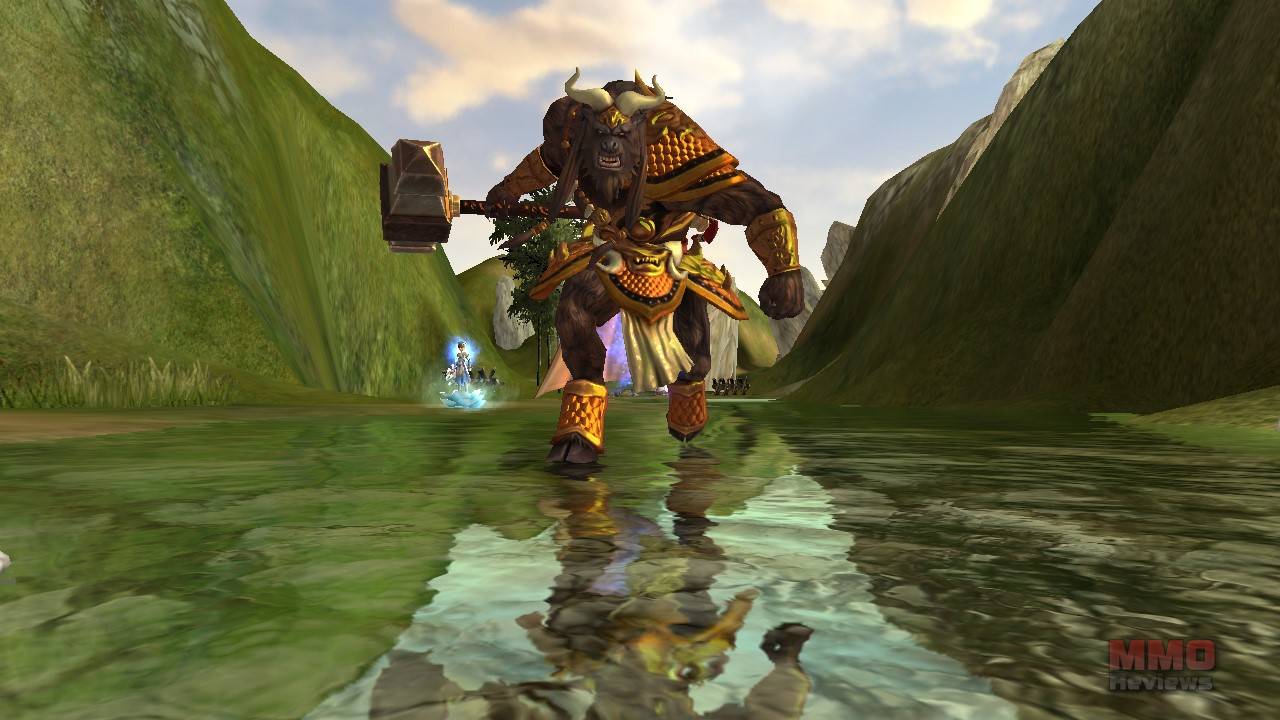 Developed by Aeria Games for Windows.

It is the year 209 A.D. The dreaded Cao Cao has been moving to crush his enemies and conquer the region in one fell swoop. His men suffered a devastating assault at the hands of Liu Bei's forces. With his stratagems falling to pieces, Cao Cao turned to dark magic. He at last gave his court sorcerer permission to work great and terrible magics, to twist the world to better suit his ambitions. The sorcerer and his acolytes carried out a massive ritual in the capital, rending the barriers between worlds.

The battlefield is now awash with powerful demons and strangers from distant lands and times. While Cao Cao's kingdom has gained new and powerful allies, so have their enemies. The war yet rages on, with no end in sight.

Guardian
While they aren't heavy damage-dealers, the Guardians are known for their defensive prowess.

Battlemaster
Physical burst-damage is the specialty of the Battlemaster class.

Mender
Menders are taught the laws of balance, capable of both healing spells and damage.

Blade Dancer
Speed counts for everything to the Blade Dancers. With blazing fast attack speeds, the damage adds up fast.

Archer
Attacking from afar, Archers hone their arts to strike from a distance.

Champions are heroes, icons, and legendary figures from myth and history that you can transform into. Tap into their awesome power and wreak havoc across the land. Players can permanently take on a champion’s persona in particular instances.

Champion Transformation
More than 60 Champions in all, players can unlock a variety of historical and mythological icons, including Dracula, King Arthur, Joan of Arc, Lu Bu, Beowulf, and more. Once transformed, champions can use a powerful set of skills and abilities, unique to the character.

PvP, CTF, and DotA Inspired Battlefields
Players looking to spice up their MMO combat experience can engage in thrilling PvP, CTF (capture the flag), and DotA inspired battlefields. Choose your side, transform into your favorite champion, and smash through minions, monsters, towers, and players, on your way to victory.

The God Beasts (Guild Raids)
Strategy is everything. Challenge terrible monstrosities with your guild, but be warned, it will take 20-30 highly trained players, acting as one cohesive unit, to take down one of these massive beasts. Guilds able to slay a God Beast will be rewarded with extremely valuable treasure, gold, and prestige.

Vast Character Customization
Choose from over 10,000 different weapons, armor pieces, costumes, and trinkets! Characters have 24 different equipment slots to ensure each character stands out from the crowd. Each piece of gear can be upgraded through a unique and user-friendly enchantment system. With every successful enchantment, your character's gear visibly changes, proving your might.

East Meets West
Explore a large, awe-inspiring fantasy landscape where some of the greatest figures from all corners of the world, meet on the battlefield. Legendary Champions draws from a variety of sources, including history, myth, and popular culture.