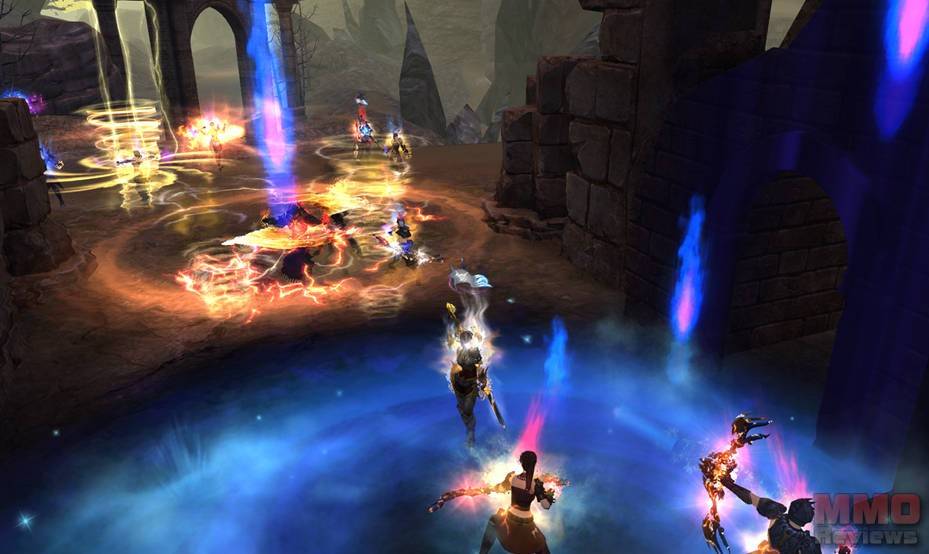 The Legend of Silkroad MMORPG is a PVP focused free to play online game with an original historical backdrop using the powerful real-world civilisations of Rome, Persia in ancient China with three way faction fighting for a legendary Forbidden Skill as players act as thieves and hunters to ambush and escort trade caravans.

Legend has it that the ancient power known as the Forbidden Skill has the power to rule over the world, a legend so enticing that three kingdoms are at war in the hopes of being the ones to discover it. When the key to unravelling the mystery of the Forbidden Skill was revealed to be the Magic Stones, the trade routes that would transport these valuable artefacts soon became their own battlegrounds as kingdoms fought to control them in the hopes of one day claiming the Crown and ruling the land.

In the game, players can choose from for different classes:

The Shadow Hunter: Master Bowman and practitioners of magic these combatants are deadly at long range able to pick out their targets and kill them from a distance. Using light armour to move quickly and unhindered their magic defences and Persian bow make them a force to be reckoned with.

The Knight: the finest of the Roman Empire these trained military men are adorned with only the best armour and weapons that Rome can provide as they fight for their Empire. Their power lies as much in their equipment as their own skills making them vulnerable if they are ill-equipped.

The Swordsman: the Persian swordsman is known across the land as a trained and skilled opponent, celebrated in their own lands as the most fearsome warriors that the kingdom has to offer. They are fast and dextrous in combat, deadly when faced in melee and capable of using illusionary magic to bolster their Persian shadow blade weapons.

The Force Mage: able to harness the arcane elements stronger than any other magical practitioner they are skilled above all else in the art of bringing death. Feared across the land from kingdom to kingdom, these are shaming travellers armed with their staffs and dressed only in robes only reveal their true power when it is too late for their enemy to back down.

To focus this combat the Caravan system puts players in the role of attackers or defenders, hunters or thieves, either trying to ambush and destroy enemy caravans or escorting and protecting their own caravans whilst the enemies try to destroy them.

Players may also experience Guild Wars, Fortress Battles and a variety of PVE-centric systems such as questing and instanced based balanced dungeons.