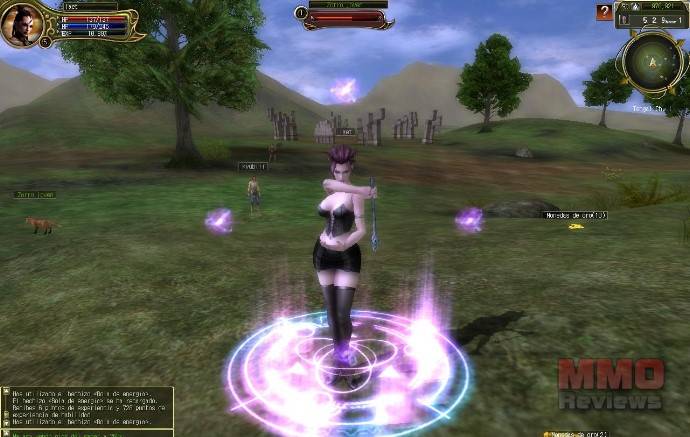 Step into the shoes of a summoned hero battling against the God of Darkness, Eres, and his minions that have begun a reign of terror on the lands of Isis. Last Chaos allows players to battle through PVE challenges in a world of fantasy as various different heroic classes, with PVE, PVP, crafting, Raids and more the game is a feature packed free to play MMORPG.

The core of the game provides a sandbox style MMORPG where players are free to roam the world finding their own adventure, taking on a few quests, heading into dungeons, and playing either on their own or with groups of players. The focus is to build up a character, increasing their stats and unlocking new class skills whilst equipping them with powerful items to make them stronger in PVP and PVE.

When joining the game players choose from one of three servers, each account can have four free characters per server (and up to eight characters if using Character Slot Expansions). Each server has six different sub-server types associated to it, which characters can switch between freely (though they are bound to the primary server). These servers provide different focuses, such as have Raids or Sieges and have some different rulesets, such as having no PVP allowed. As players can switch their characters between them it does allow them to play PVP free if they wish to focus on PVE uninterrupted, or switch to their PVP server if they are looking for a fight!

There are nine classes available in game, each of which is locked to a specific gender and race; the classes come in all shapes and sizes from ranged weapon and magic damage dealers, melee combatants, healers and more. Classes have a dual class focus, such as the Mage, practitioners of the dark arts, they are able to manipulate the energies around them and harness their mana into powerful attacks and curses; they can specialize as either a Wizard and their use of area effects, or a Witch that curses enemies to hinder their abilities and stats.

Each class has multiple trees that it can focus on improving, depending on how the players wishes to customize them; focusing on one area or balancing between multiple to get a wider range of skills. By spending acquired Skill Points earned whilst levelling, players can pick up Active skills to give them new actions, or Passive skills that will grant various boosts and improvements.

If players choose to play within a PVP enabled server then they can battle against other players in the open world; players can flag themselves for PVP which means they can attack other players and initiate a fight. If a player is not flagged for PVP then they are unable to attack another player first, however, they can are still open to being attacked by someone else who has flagged themselves.

The benefits to PVP are few, other than the entertainment factor, but dying when you are flagged for PVP makes a player suffer XP loss (non-flagged players who die do not suffer XP loss); players under level 16 cannot be targeted and are protected by their Newbie Status. If players attack innocent players (unflagged, lower level) then they earn PK points and in time can be flagged a murderer with a red name, a risky but notorious status to have as murderers are actively hunted by other players (including Blue named players who are notable PK-killers) as well as losing more XP when they die.

Around the world players will find plenty of creatures to kill that will drop loot items, resources, and grant them XP. Travelling further afield and joining up with other players in a group or guild and a player can even take on more challenging dungeons or Raid content (on specific sub-servers) and gain access to Raid armor sets.