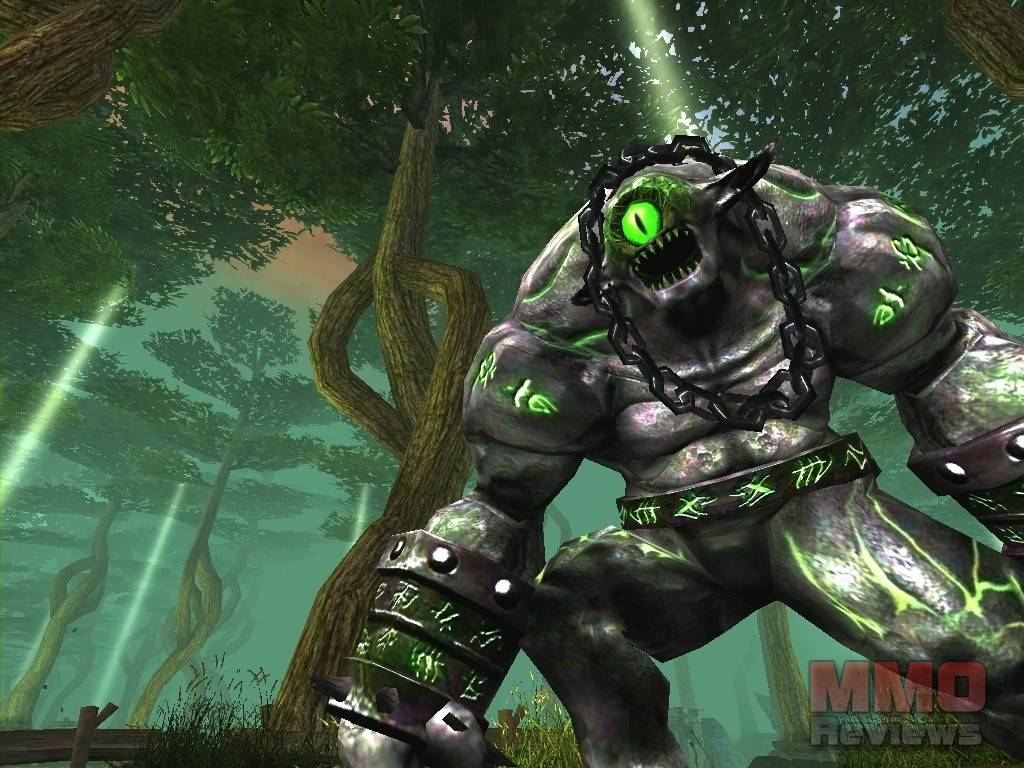 Developed by Danal Entertainment for Windows.

Land Of Chaos Online is a Tactical Online Action RPG that combines real time tactics, action role playing and third person shooter to an intense and thrilling game play that requires strategic intelligence, fast decisions and rapid, accurate controls.
Different maps and game modes as well as an intelligent ranking system and a large community of players across all Europe and USA complete the extraordinary gaming experience.

In teams of three, four or more, the players join either the Forces of Nature or the Army of Purgatorium and prepare for ultimate chaos on the battle grounds. With a thought-through strategy on hand, the players spread over one of the maps in LOCO and after various thrilling close combat situations and successful strategic manoeuvres attempt to turn the enemy’s base down.

Unlike in classic RPG and RTS, the point of view, graphics and unique rendering finish, the overall style of LOCO, create a gameplay that draws the player into the game. With his hero in third person perspective, the player can see the surrounding battle at a glance as well as intense fighting scenes with plenty of minions and strong opposing heroes. The rapid close combat situations, often decided within seconds, take his breath while he has to keep a cool mind to make the right tactical decisions and cooperate with his allies if he wants to have even the slightest chance of winning the match.

LOCO features a variety of new-to-the-scene heroes, each with its own background story and unique skills to bring out the different shades of its character. The hero system is completed by a huge selection of weapons, armor and other items to give advantage in a battle.

The selection of three heroes gives possibilities unknown to strategy games so far. The player can evolve all three of them during a match and make tactical decisions by switching between them the moment circumstances change. With all players of a team interacting and switching their heroes at the right moment, a completely new constellation of skills and strength comes to light to handle a match’s later-on situations.

Here you have some heroes you will find in Loco:

Atin
Atin is a highly dangerous melee DPS class, with a couple of ranged attacks so that he's not helpless at a distance. He has powerful AOE attacks if enemies are foolish enough to surround him, and while he's no tank, he has more survivability than most other classes.

Foxlady
Foxlady is a master of martial arts and a terrifying opponent should she reach melee range. Most of her abilities consist of buffs that assist her and her team offensively, or skills that close the distance to her opponent.

Irene Claudel
Irene is your classic paladin concept. She is a defensive powerhouse, with plenty of buffs to keep herself and her team alive, along with several heals, and a handful of offensive abilities.

Kilmor
Kilmor is a frightening, towering opponent who can take a tremendous amount of punishment. His skills specialize in keeping him standing, or dealing damage to enemies who have let him get too close.

Nosferatu
Nosferatu is a true hybrid, with both spells and physical attacks. He has several close ranged attacks as well as far ranged ones.

Stella
Stella is a heavy damage dealing class, based around inflicting a high amount of damage in a short period. Her immense offensive power is hindered by her frailty, however, and it is reccomended that she take at least one defensive skill to make up for her lack of natural defense.

Very Mary Bell
Very Mary Bell puts her illusion training to use in combat, weaving in and out battle and leaving confusion and chaos in her wake.

Octavian
Somewhat similar to Irene, Octavian is a supporting tank class. While he is somewhat lacking in offensive abilities, he more than makes up for it with a very impressive array of support abilities for his team.