Kultan: The World Beyond score:

Kultan: The World Beyond screenshots: 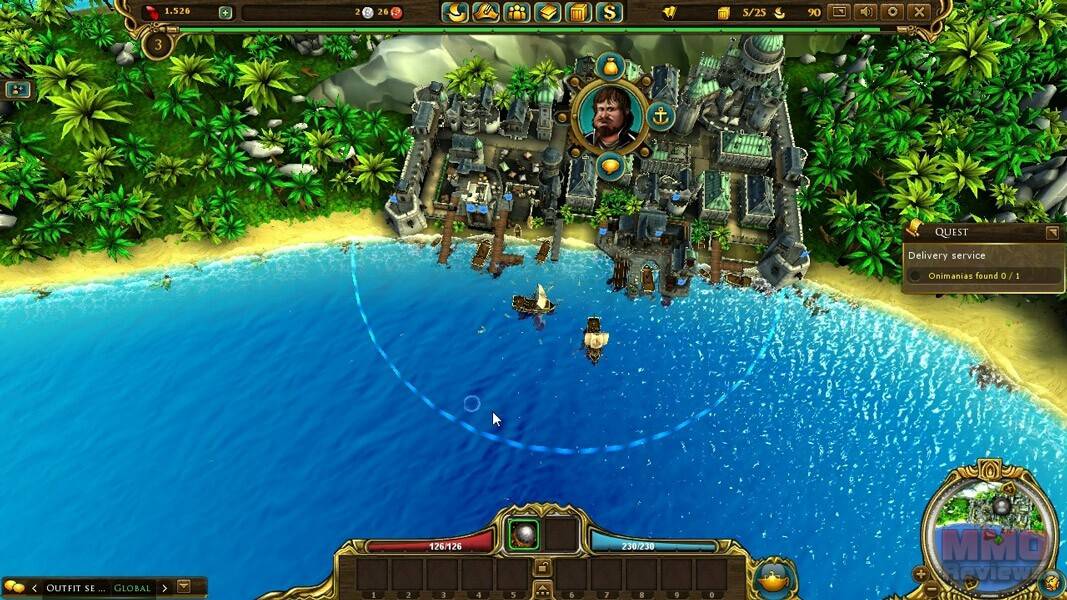 Kultan: The World Beyond review:

Kultan: The World Beyond is a free-to-play action-packed fantasy MMORPG that can directly be played any major internet browser, allowing fearless explorers to set sail on an epic voyage of discovery to the mystical, once-forgotten continent of Kultan. The game features fantastic 3D graphics, a dynamic skill and quest system as well as PvP and PvE action.

Team up with others to defeat the armies of evil that threaten to overturn Kultan. Your arrival in Kultan, as a Commander, Adventurer or Mystic, marks the start of your bid to seek fame, fortune and power.

For centuries a giant maelstrom had cut across the vast oceans around the home world of Teliah, preventing the nations of Almeerah, Gudtholm and Tian from venturing across the seas. But now, as the mighty storm has ceased, it’s the great period of discovery for sailors and adventurers to make their fortune in the newly-discovered world of Kultan that holds riches beyond imagine, including the precious metal Aicanum.

A great gold rush has begun, with all three nations vying to stake their claim on Kultan and amass a fortune in treasure. But clans of buccaneers and fortune-hunters have also started to greedily claw at the treasures of the new world, and the unscrupulous Transoceanic Sea-trade organization (TSF), which controls the massive temple within the old ruined city of Lan Adaan, seems to have interests beyond an infatuation with Aicanum.

There are dark forces at work within this seemingly peaceful world of Kultan. An unknown evil lurks below the surface: Undead creatures are roaming the oceans, packs of insane, bloodthirsty cultists called Reapers are attacking innocent villages, and rumours spread of demons walking the earth…

Players may select their captain from one of three distinct factions:

Caliphate Almeerah - The old, wise people of Almeerah trusts in divine power and the traditional martial arts of their ancestors. They believe in the return of an ancient enemy. The Emperor of Tian, they say, has made a deadly pact that will lead all living creatures into another dark age.

Tian Empire - The ancient culture of Tian still forms the foundation of this proud and pitiless people. They pursue their goals of fame and glory with dedication and strict discipline. In order to reach true power and perfection, the Tian are even known to use black magic.

Republic of Gudtholm - The people of Gudtholm have always been ingenious. They worship the spirits of Machinamentum and relish the challenge of inventing sophisticated devices and machines. At the same time, they work hard to improve their intellectual abilities.

Adventurer - Adventurers are skilled survival artists. Effectiveness is the key to their fighting style: They never give enemies an honourable warning as they’re just going to sink them anyway. Some confuse their love of secrets and the unexplored with cunning.

Commander - Commanders are battle-tested and hardened seafarers. It takes a lot to rile them and thanks to their strength and confidence they fight fearlessly. Commanders value the loyalty of their crew and take excellent care of them.

Mystic - Regardless of which school of magic they belong to, mystics are true masters in harnessing spiritual forces they use to cause enormous damage and enhance the performance of their crew. They love to indulge in careful planning, but as free spirits, they never let a good fight pass by.

When reaching level 5, players are able to hire their first officer in various cities at certain ports. Other officers are unlocked later on in the game. Each class has its own type of officers, each of them being unique and having their own abilities. Levelling up the officers gains skill points, which can then be distributed to the various abilities.

Officers have three standard skill columns, plus two Prestige skills available. Each skill can be increased to a maximum of Level 3, except for the Prestige skills. These are extra skills that are activated by high morale.

Kultan: The World Beyond game