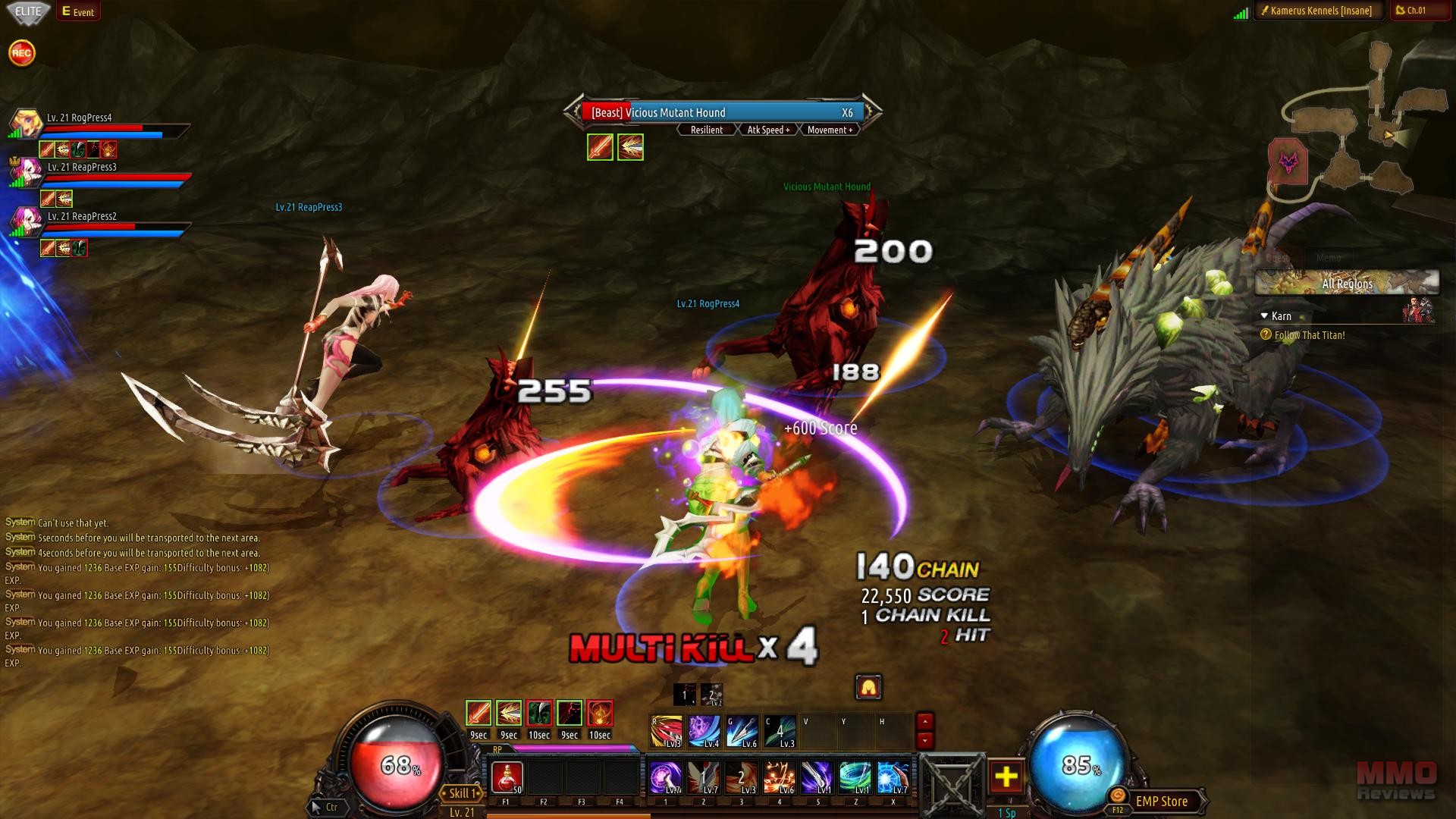 Completely free to play Kritika Online is an Asian developed anime styled MMORPG where players can step into the shoes of some key characters in a fantasy world under the rule of a despotic tyrant. With story quest based content, instanced PVE encounters, PVP arenas, crafting and more the game is a feature packed title that comes with a fast and fun beat-em-up inspired combat system that relies on players chaining together skills to make powerful combos.

The primary focus of the game is to play multiple characters and build them up to take on more difficulty PVE challenges, that in turn can provide gear and items that allow them to also take part in optional competitive PVP. The game focuses mainly on the PVE “danger zone” instanced dungeons as the core source of gameplay with players battling through various environments and taking on different bosses to complete quests or simply acquire loot drops.

Players can create a character from four available character classes, each is a gender locked character but they that can have their appearance customized to suit a players preferences. The four main classes are Warrior, Reaper, Rogue and Gunslinger and each provides a different type of combat style and gameplay ranging from defensive protector to ranged assassin with their skillset defining their role in a group. At level 15 classes open up into different sub-classes for players to choose, allowing them even more control over their preferred style of play and adopting new skills and techniques in combat.

The combat is very reminiscent of a 2D platform beat-em-up, but in a third person 3D environment, with players able to jump around the area unleashing powerful attacks and linking them together in chained combos that multiply their damage and have different effects. Players must actively dodge incoming attacks, mash buttons to break from stuns, and learn which skill combinations create such powerful effects.

Combat can take place in PVE and PVP, with PVP focusing on arena battles such as 1 v 1 duels where players can test their mettle against each other, however, the majority of the combat is had within the instanced locations known as “danger zones”. These locations are found throughout the game, some are solo only areas but many can be accessed as part of a group and encourages players to gather socially and try to overcome the most challenging instances. In a danger zone the entire zone is sectioned off into smaller areas filled with different enemies, players must clear an area before transitioning into the next one and work their way towards the end boss area to kill it.

When a boss is killed the players have completed the zone and are awarded a grade (with SS being the highest grade for a single danger zone); this grade is based on how long it took the group to complete the zone, how many deaths they took, or even how much damage, as well as this a single player is named the MVP. The rewards that players get at the end of a danger zone is based on not only how well they performed and their grade, but the difficulty setting of the instance itself, when first entering a danger zone the party leader is able to choose the difficulty of the zone, from Easy difficulty up to Insane where the enemies are harder but the loot is much better!