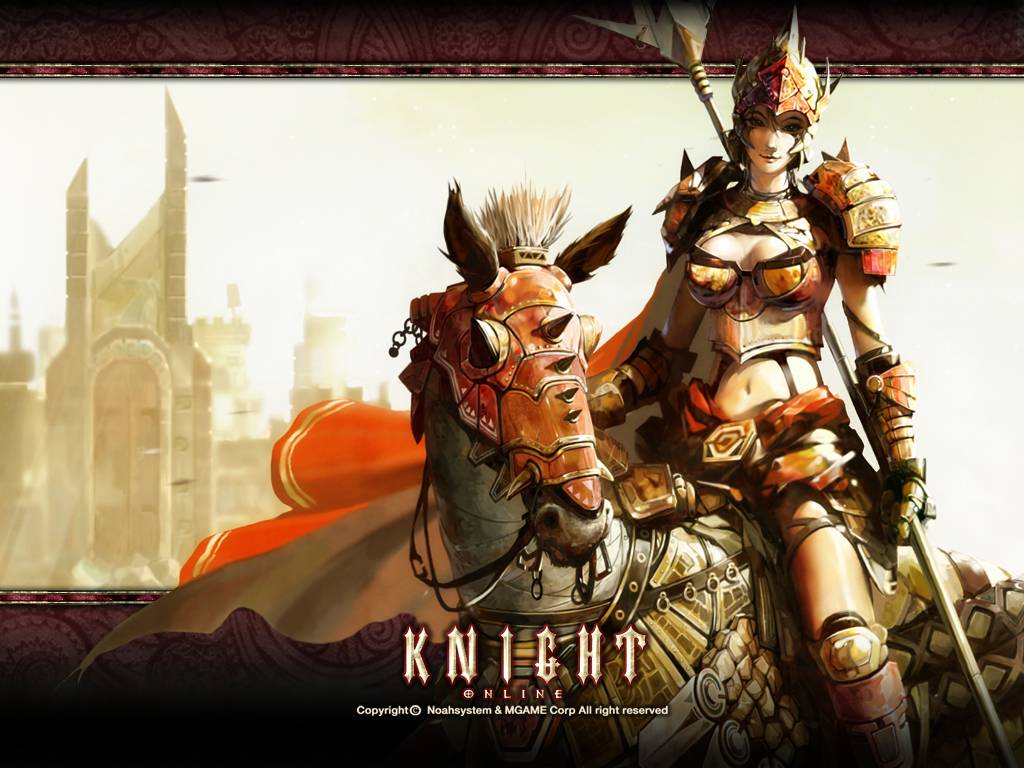 Choose your side in this fantasy free to play client based MMORPG that pits the orcs of Karus and the humans of El Morad against each other in a continent spanning conflict. Explore the land as one of the games four classic classes and find untold riches, train your skills and tactics and join the war of these two might empires trying to find victory and glory for your chosen faction and be rewarded by your King with peerage titles and castles!

- Play from three races: Barbarian, Male or Female
- Play from four classes: Rogue, Magician, Warrior or Priest
- Large player base with over 4 million players worldwide on dozens of servers
- Join the faction wars and gain rank and prestige
- Extensive PvP options throughout the game
- Enjoy the continuously added content with regular updates

When logging into the game and choosing your server you are able to declare your fealty to a single faction; the human empire of El Morad or the orcs of Karus. Whilst the story for each faction is different there are very few differences between them and both are equally balanced with available classes and skills. However, once you have created a character in one faction then all characters that follow are locked to that same faction to avoid “faction spying” given the high focus of PvP in the late game, to swap factions on a server a player would have to delete all their characters and start again.

There are thee “races” to select from: Male, Female or Barbarian. Each “race” has their own stats and different Jobs (classes) available to it, Make and Female for both factions can select any of the four available Jobs, however the Barbarian (who towers above the other two races in physical stature) is locked into choosing the Warrior.

Warrior
A groups’ main tank is found in the form of the Warrior, high defence and hit point pool they act as the main melee fighter.

Rogue
A flexible character the Rogue is able to use melee and ranged weapons with some healing capabilities, but mainly they rely on their speed and stealth.

Mage
Hurling large fireballs from a distance the Mage is a ranged combatant able to hinder their enemies with area attacks and slow and stun effects on targets.

Priest
primary healer the Priest must keep tabs on the parties health pool, but also has the supportive offensive role as debuffer on enemy targets.

Travel across the world picking up hundreds of quests and battling with NPCs and monsters to gain XP and increase your level, gain special items, armour and also weapons. Hunting monsters and handing in quests is the main way of earning XP to level up your character and unlocking new abilities, which currently has a cap of level 80.

Quests and monsters will drop items and armour that can be improved by the Upgrade System, as well as a crafting system where players can make their own by finding rare resources and trying to make “Cursed Weapons” and “Armour Sets” that have added bonuses.

Knights Online World is your classic MMORPG and so revolves exploring the world, picking up quests, killing monsters and slowly levelling up your character to unlock new abilities and skills. The PvE element is seen throughout the game with every zone that you may travel through, killing monsters will yield gold, items and weapons that can be further improved by the games Upgrade system.

Throughout the game PvP is available, but it is often said that the end game PvP is where the games real strength lies, though PvP and various PvP games are available at different points on the journey to hitting level 80. The game supports an on-going Faction System where players can have open world PvP, which will directly improve your visible Faction Rank based off your kill-death ration.

As well as world PvP there are a number of PvP events such as a 250 player battle in the “Lunar War” where two teams fight it out trying to kill the other sides key NPCs and Clan vs. Clan “Castle Siege War” where guilds/clans can fight in an attack and defence castle siege; the victor laying claim to the castle until it once again swaps hands.

Whilst Knight Online World is a free to play game there are many benefits for the player willing to pay for a subscription. With three available packages players are able to buy various levels of XP boosts, increased item drop rates, better rates for buying and selling items and also some unique items.