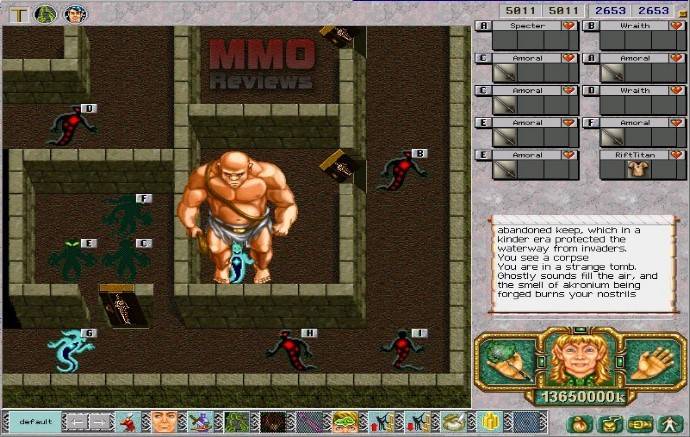 Developed by Drakkar for Windows.

Kingdom of Drakkar is a 2D traditional fantasy MMO featuring dungeons, cities, and an extremely vast game area for a 2D game. The storyline concerns an ancient evil released long ago that consumed the Earth, leaving it flooded and cultures segregated. Journey across the portals that connect humanity, fighting mysterious beasts along the way. The game is free to play, but has several optional subscription choices available.

The Town of Nork, Volcano Town, the Province of Maeling, and the City-State of Frore are the only known cities that remain within the Kingdom of Drakkar. When the Empress released Evil into the Kingdom centuries ago, the earth was rent, and a great deluge drowned the lands. The only remnants of their shared history are the portals that connect them. Those who live on these islands lead isolated lives and protect their homes by whatever means they can. Ice fields, deserts, volcanoes, and treacherous oceans keep them from venturing too far. Those who wander are beset by beasts in lands of legend.

The Kingdom of Drakkar spans over 250,000 hexes of playing area. To give you an idea of how vast Drakkar is, the City of Nork and all its dungeons account for perhaps a quarter of game play area. And there are players who have never exhausted even the Norken dungeons.

These 250,000 hexes cover a wide variety of cultures, dangerous creatures, and terrain. New areas, game items, and quests are constantly being developed, so Drakkar is an ever-changing and ever-expanding world.

Here you will find challenging monsters such as orcs, troglodites and ogres; treasure such as gems, gold, and jewelry; weapons such as maces, axes, and longswords; all types of armor; and mysterious scrolls, some of which contain valuable clues.

Search out a maze in the dungeons beneath Nork only to find yourself trapped until you defeat the King Minotaur himself. Brave the frozen fields of Frore in search of a deep lake. There a mysterious monster lies in wait, for the brave or the foolhardy.

The open-ended game of Drakkar allows you to set unlimited goals. You will want to gain character experience and hone your skills, therefore becoming strong enough to survive more exciting adventures. And don't forget, much of the fun of Drakkar is in meeting fellow players and forming parties to conquer the untamed lands.

Drakkar is a living world where you build your character by gaining experience and improve your skills through training, thereby enabling you to venture further in search of greater adventures.

There are 7 classes to choose from: