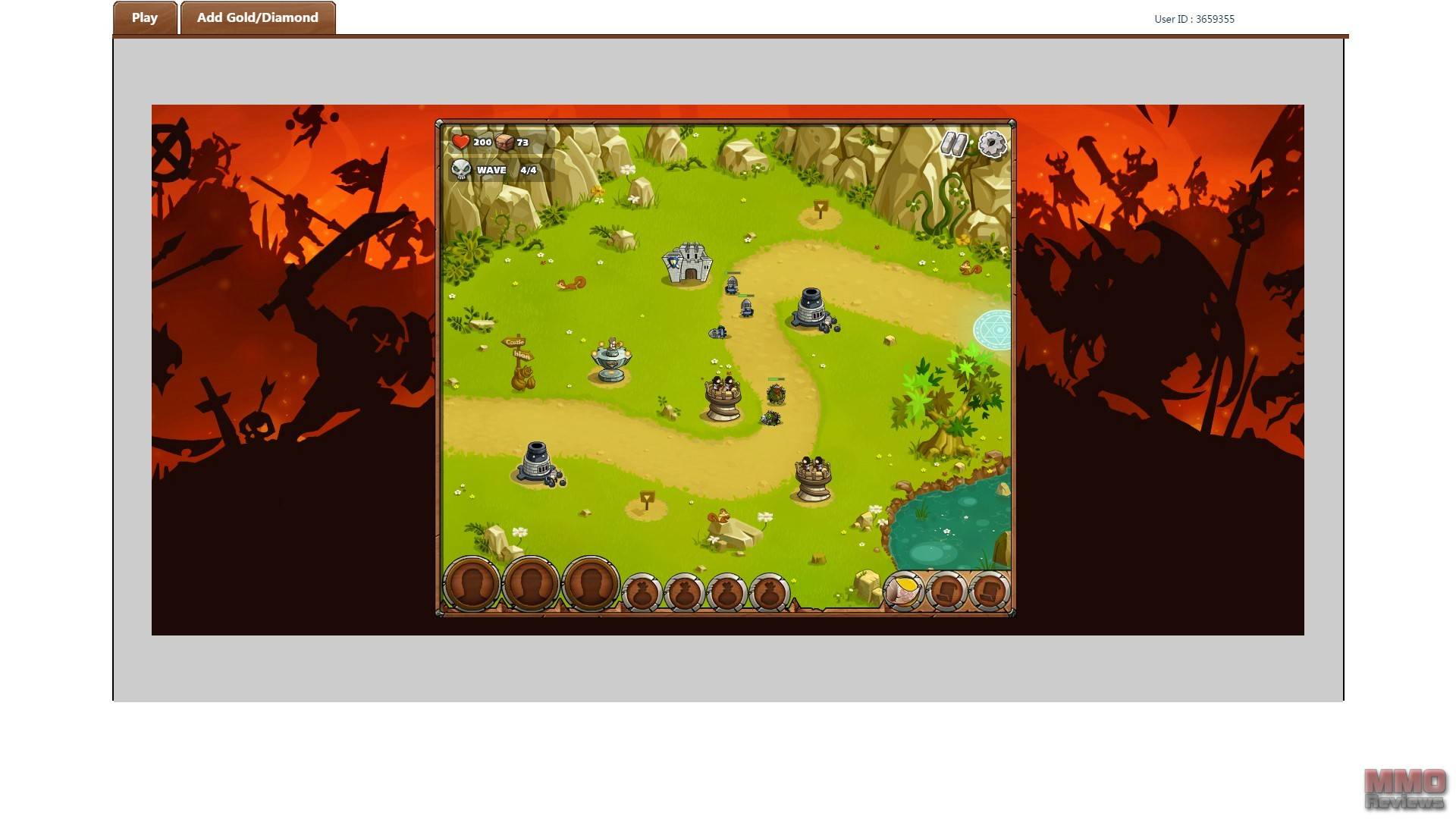 King of Towers (known as Kingdom Invasion: Tower Tactics - published by R2Games) is a browser-based free to play fun and action-packed MMO that focuses on classic Tower Defence strategy where players must erect towers to hold back waves of attacking enemies. With some unique features and twists on the genre, King of Towers offers an original gameplay experience requiring a high level of strategy.

After years of peace, rumours have arisen that the orcs have once more begun to assemble their armies in preparation for war, the new King Jain Lantafik has just been sworn in as the ruler of Azylon and it is his job to protect the realm. The assembled army of greenskins now stands on your doorstep, made up of goblins, orcs, wolves and even Wyverns and worse and it is your duty to create impenetrable defences and ensure the safety of the realm and its people.

Using traditional Tower Defence mechanics, players will progress through different stages on a level, each of which will have its own map that consists of a road and specific points by the roadside that players can construct towers. Once the game has begun, enemies will appear in waves at one end of the road and travel down it, automatically attacked by towers as they pass them, the aim of the game is to ensure that they do not reach your territory at the other end of the road.

There are four base types of Tower in the game:

Players spend in-game gold to place towers during a game, but they can also choose to upgrade them into more powerful versions of themselves.

The three primary spells that players gain access to give them some help during the game, each of which has a cool down timer, so must be used tactically:

Militia - target an area to summon militiamen that will act as defenders, attacking any enemies

Players can recruit their own heroes from the Tavern, able to choose 3 to take into battle; these unique units can be spawned onto the map and moved around to attack enemies, the player having much more control over them in comparison to some of the other units that appear during a battle.

Enemies come in various forms and have key features such as being able to run quickly, heal their allies, have strong armour defences or even the ability to fly. Each wave consists of different enemies, some of which are vulnerable to specific towers and others which are well defended against them, if the right types of Towers are not available to deal with a certain enemy type then players can quickly become overwhelmed and let too many enemies reach their territory resulting in a failed level.

If a player is successful in battle, they are rewarded with currency, XP and items that can help them on their way, typically in the form of materials used to construct other powerful items in their Kingdom. As players gain XP and level up, they will gain access to new features by unlocking key buildings in their Kingdom such as the Engineer Shop to tweak and upgrade their towers, hire Heroes and construct items.