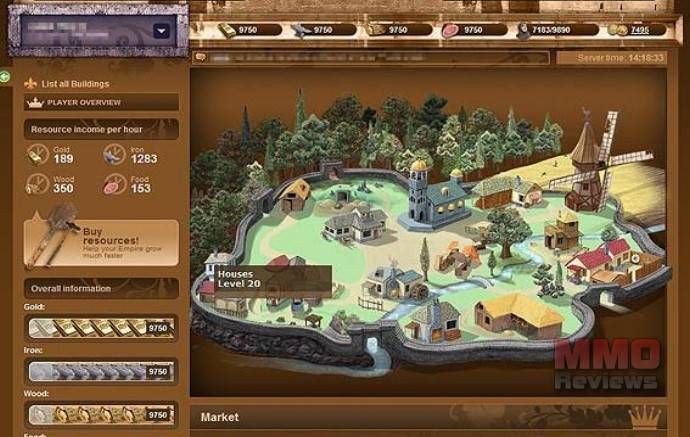 In Khan Wars players take on the role as a ruler of their own Castle and surrounding territory that they must watch over, protect and advance to create a powerful army and lay siege to other enemy castles to plunder resources and claim territory. The game is a tactical strategy based MMO where players can engage in PVP combat as solo attackers or work together with other players and form Clans to take down other large rival organisations. As the game can be played in your preferred Internet browser is no need for a client download, as well is this Khan Wars can be played for free.

Khan Wars is a mediaeval strategy MMO that focuses primarily on PVP combat with players from all around the world, managing both time and resources players must focus on establishing a working city/Castle and constructing various buildings to help create and support their army. The entire game revolves around Rounds that will refresh regularly to allow new players the chance to work their way up the Rankings as they compete against other players.

The first step in fielding an army is building up your Castle, comprising of a variety of different buildings and structures the Castle will allow the player to train various types of units as well as being the primary location that they must defend against other attacking enemies. The key buildings in a Castle are:

Dwellings - required to increase a players population within their own Castle, population in itself is a resource that is distributed into various buildings that will increase their overall production output

Unit Construction - the primary buildings for training units are Barracks (archers and infantry), Stables (cavalry), Workshop (siege weapons) and Order (knights), with players able to train them up however they wish depending on their own personal strategy, all of which can be upgraded and improved

Players can construct and upgrade other types of buildings, for example the Wall is essential for establishing strong defences, the Marketplace allows players to buy and sell resources with each other and the Infirmary lets players heal up those troops that have been wounded and lost in battle. Each building has a rank attributed to it, starting out the rank one, players can continue to upgrade their building to gain more resources or benefits from it and overall making it more efficient. Many buildings have prerequisites that players must meet by constructing other buildings and upgrading them to a certain rank before construction of the new, more advanced building can begin.

The main focus in the game has is PVP combat, all elements of resource acquisition and trading between players leads towards training and fielding a strong army in which to defend your Castle and attack other players’.

A typical battle has an Attacking player that will lay siege to a target Castle and a Defending player trying to fend off the invasion. Combat is completely automated with the unit types attacking in a specific order of a series of 12 rounds, where each unit will have the chance to make a single attack.