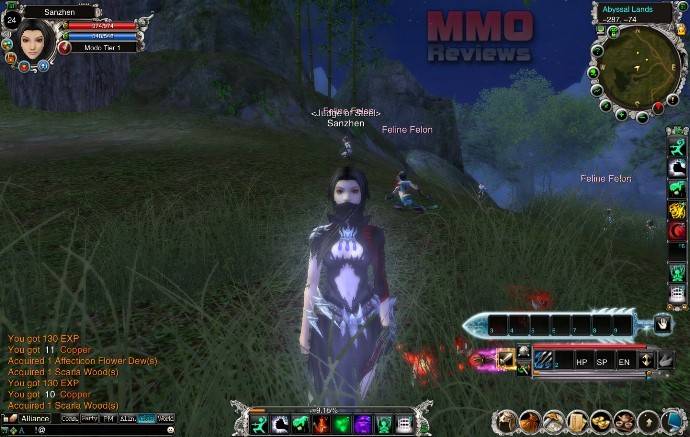 Jade Dynasty is a 3D Asian fantasy MMORPG with a martial arts theme. Much of the geography and mythical monsters in Jade Dynasty are based on Chinese legend which gives the game a unique feel. All players start as initiates but must chose between five factions, each with its own fighting style.

The five factions (+2 with vengeance expansion), or classes, in Jade Dynasty are:

Skysong - The only class that is capable of healing and buff other players. Skysongs have low defense and limited offensive capabilities early on but make powerful allies in late game PvE and PvP.

Modo - Modos are the main offensive spell casters. Their phsyical appearance and spell arsenal which includes curses, DoTs, and nukes mark them as formitable Warlocks. The Modo faction is the most difficult to play, especially since they are rather weak during the early levels.

* Two new Athan factions including the Celan, known for their ability to manipulate foes and support allies using their music notes of the Immortals, or the Rayan, feared as deadly assassins, even among their own allies.