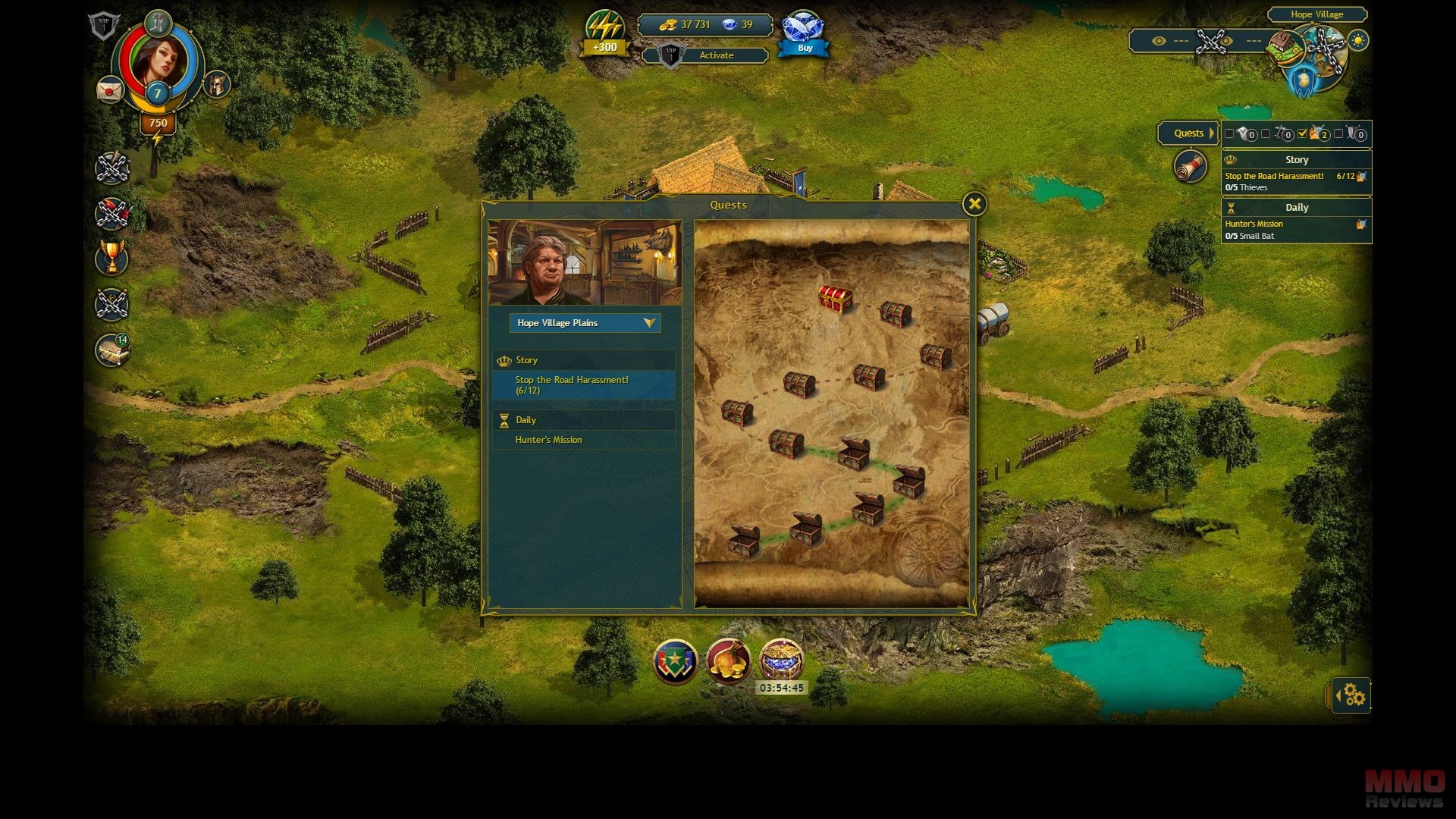 A fun fantasy based RPG, Imperial Hero 2 is accessible through web browsers and is free to play; players will be able to adventure through a fantasy realm filled with those in need looking for a hero and all manner of evil and villains to slay. Players can battle through levels of content on their own or team up with other players in guilds to test themselves against the greatest challenges in the land.

The core gameplay concentrates on players building up and managing their own hero and adventuring party, levelling up and gaining access to new features and gameplay options to further increase the Hero character and companions. At its heart the game is an RPG with lots of story driven adventures that players are sent off on, finding various challenges and dangerous encounters along the way, with lots of combat focused content with both PVE and PVP being catered to.

The first thing any player gets to do is create their hero, choosing from a selection of avatars and giving their character a name they will be plunged into the world starting out as a relative nobody simply willing to help out those in need. At low levels players concentrate on fighting animals or fending off robbers from attacking the village and surrounding province that is your initial adventure area; taking quests from the local Tavern or other shops, players will slowly gain XP and begin to increase their Hero level.

Increasing the Hero level does two main things, firstly it will unlock extra features to be explored, secondly it will give points to be spent on skills and attributes, which are the primary way in which a Hero is improved. Attributes are the five core stats that determine a Heroes’ powers; Strength, Dexterity, Agility, Intelligence and Vitality, each level players get 5 points that they can spend on these attributes to improve the Hero in whichever area they wish. Only one skill point is earned per level, with a variety of core skills that players can increase as well as class skills once the player reaches level 15.

A Hero is only as good as their equipment and players will definitely have a wide selection to choose from, everything from armor, bows, swords, jewellery and other items will add boosts to a Heroes’ attributes making them even stronger. Gear can be earned in a variety of ways including crafting, loot or purchased from weaponsmith vendors.

As well as gear players will also find they get much further with Mercenary companions joining their adventure party; before getting into a battle players get to manage their own team and move the different Mercenaries around to help make the most of their attributes and skills, adding more management strategy to making a good team.

Fighting the enemy, whether AI or a player, is automated and requires no player input outside the managing/formation phase, or using potions to heal up health and spirit between battles, otherwise the results of a battle are worked out automatically. Most battles are broken down into multiple battles, the strength of these encounters indicated by a colour code (green Easy, red hard), which also indicates how much loot might be earned. Players can battle against one another in PVP to earn rank position, as well as gaining rewards in the process; alternatively players can fight alongside their guildmates in various end game battles.

The game is free but has optional premium currency in the form of Diamonds, which can be purchased with real money and used to short cut travel times, crafting, replenish stamina so players can continue fighting, and purchase premium currency only items. With the purchase of Diamonds players will also increase their VIP level, which grants even more privileges, the more Diamonds a player has purchased the higher their VIP tier and more advantages they get.