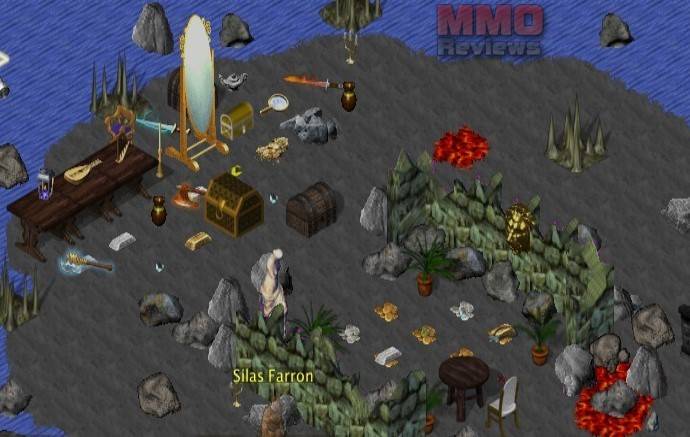 Developed by Illarion e.V. for Windows and Linux.

Illarion is a free, graphical fantasy game that focuses on true roleplaying. Come and join the world of Illarion. You'll fully emmerse yourself in this world, as though your character is a real being. All of the characters around you will behave as real people in this independent, mysterious world. They'll tell you about magicians, ghosts and fairies in some of the most unbelieveable stories and rumors. Pick a race you would like to play: human, dwarf, halfling, elf? Maybe an orc? Or even a lizardman?

Please don't expect experience points or other numbers inside the game which reveal your skills. Just follow the role you want to play, in time you will see whether you become a great warrior, fighting against the various evils of Illarion, or the most respected master smith of the town. Perhaps even the most popular barkeeper because practice makes perfect. Druids and magicians will cast mysterious spells with herbs and runes. In addition to all of this, each race speaks its own language but all are able to speak the common language of Illarion to make themselves understood.

We are offering our own server, a Java client (which can be used with Linux or Windows) and the guarantee that you will never, ever, pay anything for this game. To ensure this we founded a registered society and it became contractual in the statute. Illarion has been online since February 2000 and is always being developed by programmers and volunteers to satisify the wishes of the player community.

The world of Illarion should be like a medieval country. To make this more interesting, we added things like magic, strange peoples (elves, dwarves, ...) and a lot of gods to the setting. We thought about a time, before complex machines were created. Besides these changes, the normal rules of nature apply like on the earth. The world is currently restricted to one island. If the population grows and time passes, we will add other islands, which are, of course, already known of and the poplulation of Illarion maintains contact to them.