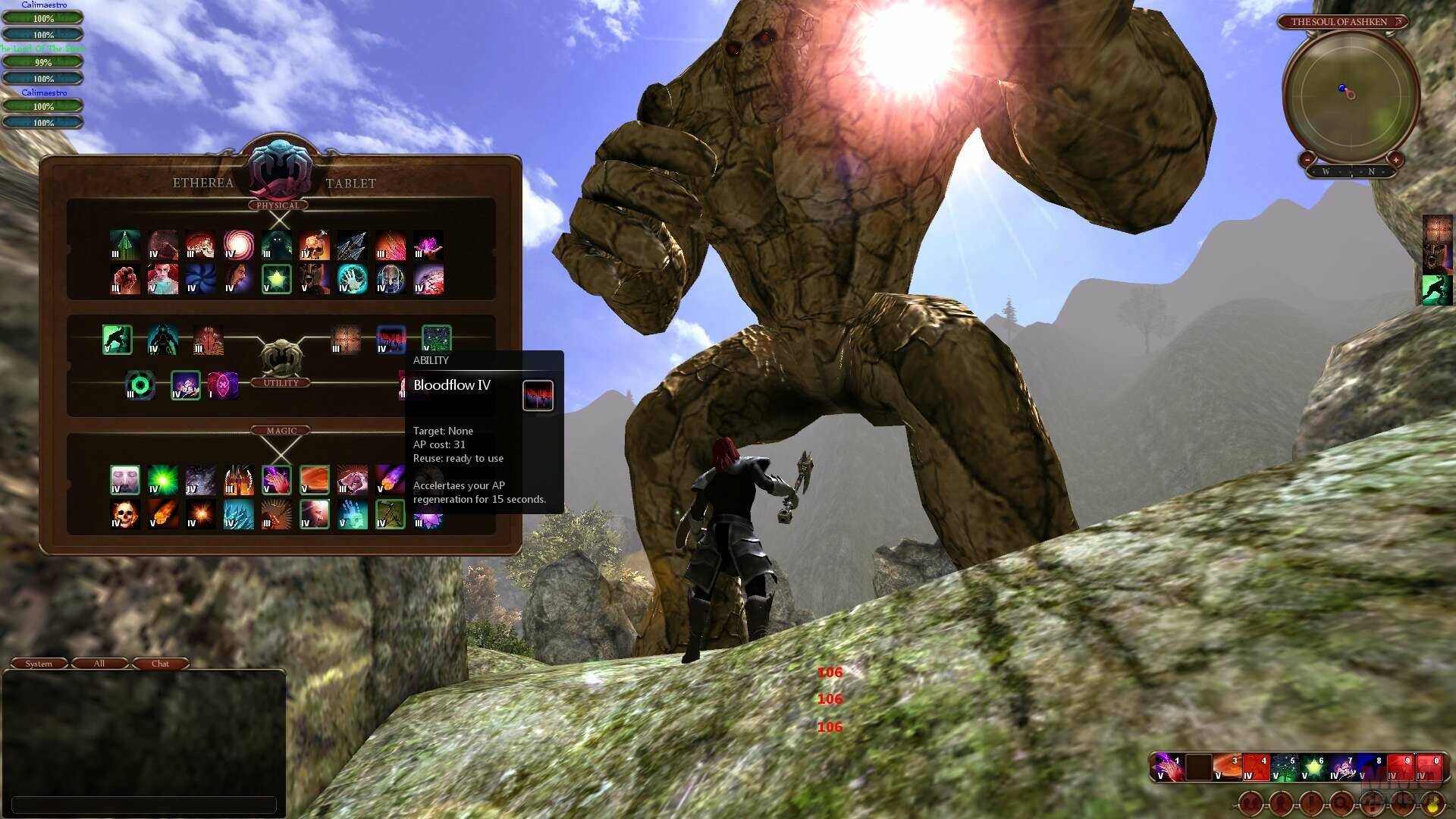 Hailan Rising is a new dynamic sandbox fantasy MMORPG primarily focused on PvP that removes traditional character levels and class restrictions. Instead, it encourages players’ skill and creativity, allowing all to engage in PVP upon entering for the very first time. Set in a post-apocalyptic world, the game features a unique Etherea system offering the possibility to learn combat abilities from any skill tree.

Hailan, the smallest of 9 continents, was inhabited by the Human and Orcish kingdoms. It neighboured the Sayla continent which was the home of the Elves. A struggle between the Sayla Elves and an evil Dark Elf sorcerer spawned the creation of a Death God named Krow, who, in an effort to destroy the entire world, use his wicked sorcery to flood the planet.

The only land to survive the flood was the Highroad mountain range located in the centre of the Hailan continent where Humans and Orcs rushed to. With the flood waters receding, both the Orcs and Humans scramble to capture and defend new lands from surviving indigenous life and each other.

As there are neither character levels nor classes in Hailan Rising, stats advancement is based on the equipped gear and on buffs. Even for newly created characters it’s possible to explore the entire world, to immediately enter the battlefield, and to make an impact when joining a group of veteran players.

Thanks to the game's unique Etherea system, players can learn any ability from the physical, magical, or utility skill trees through the use of Etherea Shards, offering literally millions of possible character archetypes. Each player has an Etherea Tablet with 46 different combat abilities to choose from and insert into the empty 10 slot hotbar. Those abilities don’t have to be earned or unlocked; they’re available right from the beginning and can be improved by using Etherea Shards that can be collected from mobs. Reskilling is also possible.

Paired with no gear or weapon restrictions, players can accentuate their new character with items specifically suited to their build, creating a truly unique gaming experience.

The Etherea System is broken up into three types:

Physical - Physical abilities draw from, and affect, the character’s attack rating. They primarily employ the use of weapons while some will also taunt enemies.

Utility - Utility abilities are non-combative powers that can increase your survivability or otherwise offer some sort of useful perk either in or out of battle. They include increasing movement speed, healing, chaining attacks into a combo, and other useful actions.

Magic - Magic abilities are spells that serve a variety of functions, both offensively and defensively. They don’t require a weapon and draw from the character’s magic rating. Many of them are attacks with an AOE, striking all valid targets within a given range. Magic powers include more powerful healing, various damaging elemental attacks, and potent temporary stat increases.

The game incorporates a huge PvP system that includes several different ranking systems for players to climb to the top. Combat is fast-paced with benefits for higher combos while a death penalty will slightly hit the PvP ranking. Players will be able to use crowd control abilities such as root, stun, slow and silence. Moreover, a fast respawn makes revenge possible after being killed. Only on full-loot servers, characters will drop their equipped items upon death.

There are large wars for contested territories as well as cross-server PvP competitions waiting for players to engage in. And when no fighting against each other, they can venture into the realms’ free zones, battling creatures and searching for powerful Etherea Shards or take a rest in safe areas in and around the town.

Players are provided with the possibility to form groups and guilds without being restricted regarding the size of the guild. Doing so, they will benefit from multiple raid targets for guilds and groups oriented in PVE, including raids upon opposing settlements, as well as from a guild bank where they can store gears, Etherea shards and game currency. In addition, there are places in the map that a guild can own.