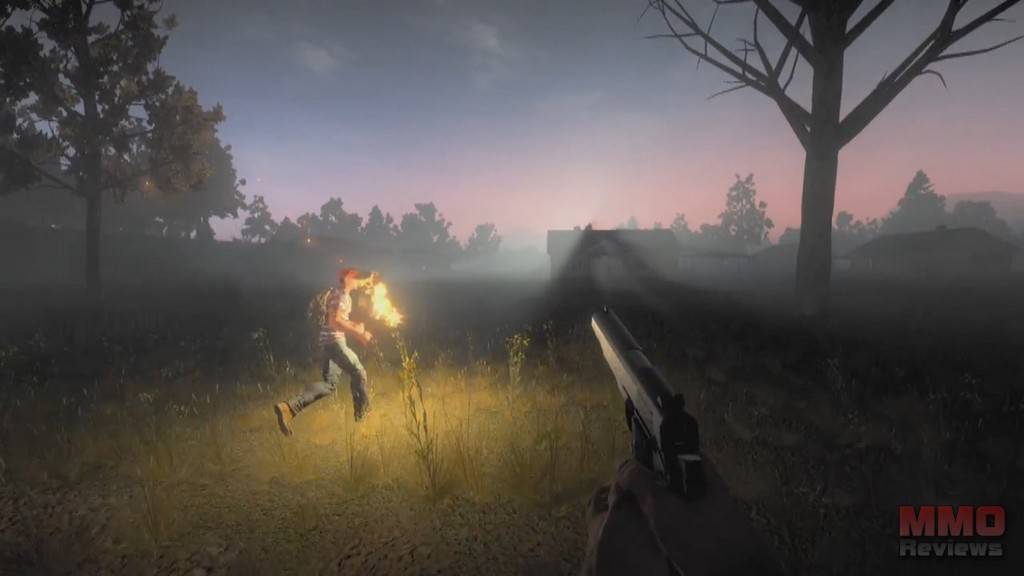 In H1Z1 players step into the shoes of survivors after a zombie infection has broken out across the world, forced to rally together and work alongside other survivors and encouraging cooperative team play. The game is a classic MMO survival horror that has been created with the Forgelight Engine (Planetside 2) to give a greater quality of graphics that goes beyond what other games of this type can offer.

NOTE: After the split there are no plans to make either H1Z1: Just Survive or H1Z1: King of Kill free-to-play titles.

15 years ago marked the beginning of the zombie Apocalypse, a mysterious event that has broken out and single-handedly devastated civilisations all across the globe. In the US you are but one survivor living day-to-day trying to find food, resources and shelter in a world where you must constantly defend yourself against not only zombies but from other survivors.

Players are gathered on a primary massive server to help populate this massive world, ensuring players aren’t spread too thinly in the game where cooperative play is encouraged. The servers are official servers provided by SOE so that players do not have to worry about lag when being chased down by hordes of zombies or trying to get away from player killing survivors.

With a variety of ways to travel around the huge open environment, either by foot or by vehicle it is up to each player to carve out the type of life they wish to lead in the completely open sandbox world. Players are expected to band together where they can make their own settlements, constructing persistent buildings, taking over territories and even crafting much larger fortress like fortifications. As these player constructions can be destroyed they will also have to defend them against the zombie AI as well as other players or rival player organisations that form up who would like to claim your territory for themselves.

Valuable items can be extremely hard to find, particularly items such as firearms which are in extremely high demand in the world and shifting the power balance dramatically to those who are able to find and use them. Players can also try to craft a number of different items including weapons, power generators, first aid kits and much more from any materials and components that they can scavenge from the world and salvage from buildings and vehicles that litter the environment.

A key area of the game revolves around the enemies’ “Emergent AI”, a system that allows each zombie to have its own personal AI where they are able to think for themselves, perform actions separate to other zombies and thus making them less predictable as to what they may do in combat.

Where a zombie in some situations may choose to attack a player, but other times it may see a nearby animal being much easier prey. However, when zombies band together in packs these hordes are a force to be reckoned with and can take down most players in only a few shots if they try to take them on.

Players are not without their own tools and tricks for surviving the zombie hordes, not only do they have some improved gear but they can also interact more intelligently with the environment by performing actions such as setting zombies, buildings and even players on fire. Combat uses a semi-auto targeting type system as opposed to using a more twitch-based mechanic, which should even up the playing field considerably.