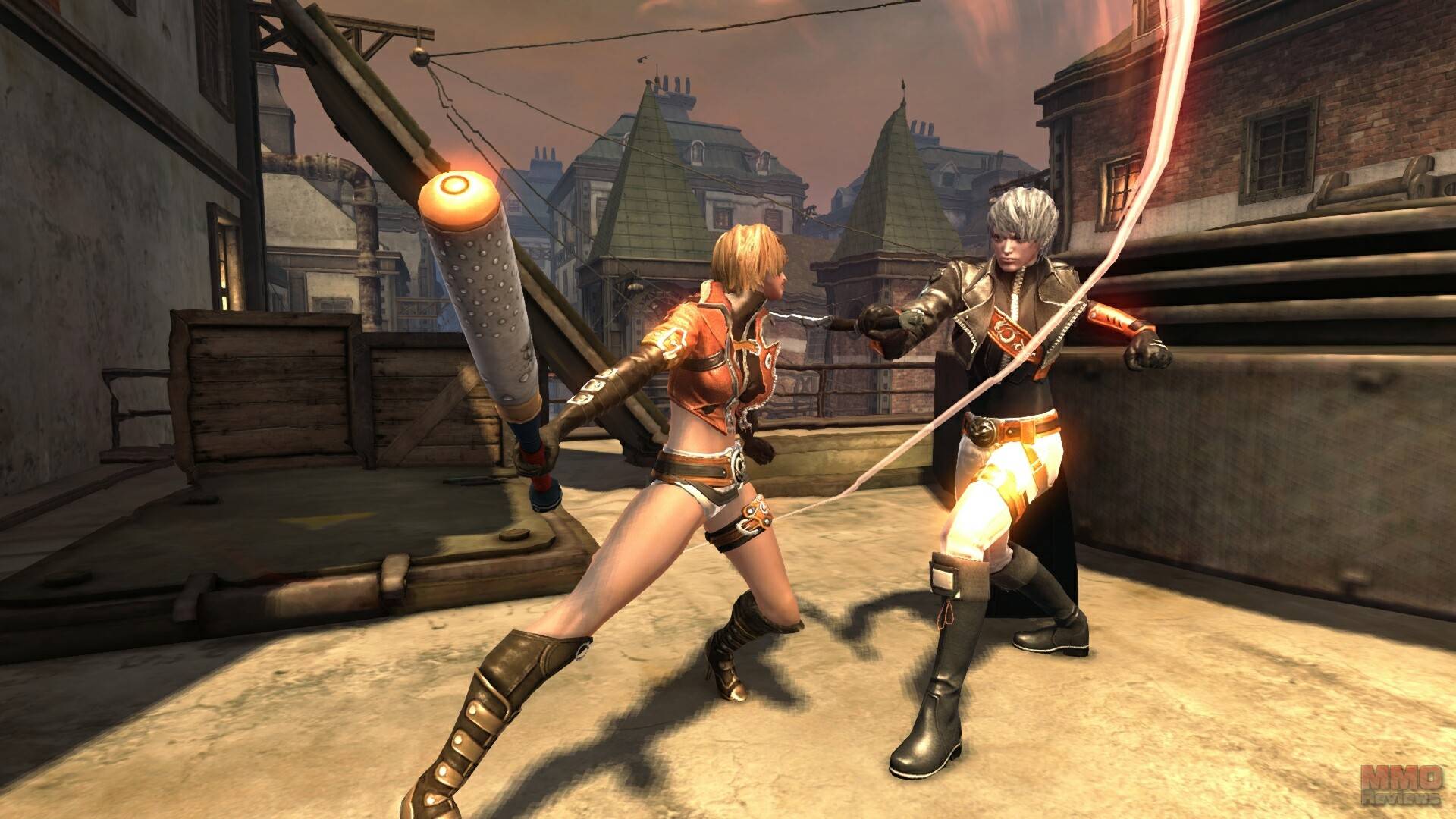 GunZ 2: The Second Duel is a free-to-play third-person action MMO that offers an old-school shooter gameplay, with fast and frantic PvP battles and a coop PVE campaign. In the game the characters can run through walls and columns to ambush your enemies and destroy them.

The game is the sequel to GunZ: The Duel, and adds improved controls, real-time physics effects, and an all new matchmaking system.

In a world where a Cold War rages on among the Republic of Travia and the Axium Empire, a mysterious energy source called Optimite is the key to finish the war. The most reckless mercenaries inject this substance directly in their bodies to gain superhuman strength, seamlessly climb walls, and leave a trail of death and destruction in his wake. In addition, players will have to take a stand against the evil Adam Corporation.

For now, the game offers 3 different classes with different gameplay and handling. The character selection will continuously be expanded to offer new challenges.

Players can improve their arsenal thanks to an intricate enchant system. In the game you will not waste anything because you can remove any item and use their parts to enhance other items or create new gear. You can enchant your gear to get the perfect combination that fits their style of play.

The game currently includes 6 different maps, each one tailored to deliver fast-paced gameplay. Players are able to battle in very different environments, and regardless of their role can enjoy every one of them. Players will fight in an old oil rig, an abandoned mansion, a marketplace, the Optimite refinery and other locations.