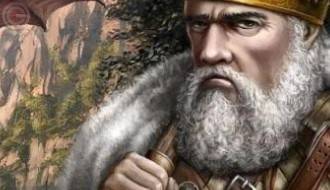 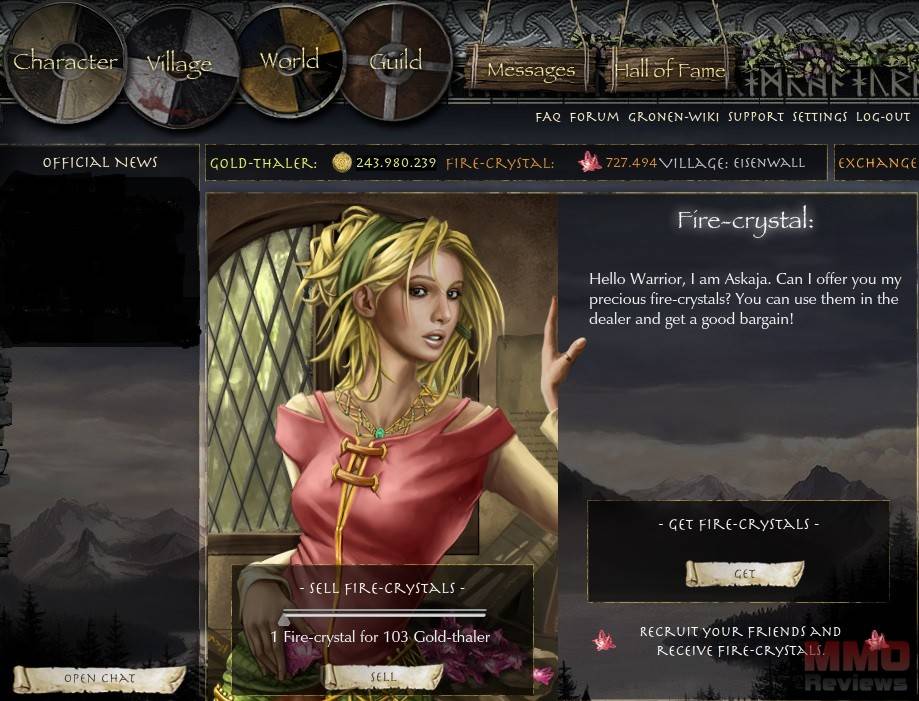 The free-to-play massively multiplayer online role-playing game Gronenland – published in Turkey as Vikingler Diyari, in Poland as Kraina Wikingów and in France as Berserker – offers an epic Viking adventure directly in your internet browser. Players are put in the shoes of a modest Viking who has to be equipped with gear and weapons and trained in various skills to be able to take on jobs and quests to earn gold and take part in arena fights against other players.

Starting out their virtual life of an insignificant Viking in the village of Bonoxus, the player’s main goal is to enhance their hero’s skills and abilities to make them as powerful as possible. To this purpose, they are able to increase a variety of stats, e.g. attack value, damage, physique, strength, intelligence and so on.

Players also have the possibility to purchase additional skills to enhance their weapon attacks, which are initially performed with either sword or axe, as well as their abilities and equipment, allowing them to carry more defensive and stronger amour and better accessories, such as amulets, rings and backpacks. They are moreover able to buy new "Activity" upgrades enabling them to shorten travel, work or recovery time, to take part in more battles per day than normal, etc.

Arena - Players can check out a list of other players that can be attacked. If successful in their attempt, they are rewarded with some of the opponent’s gold they are carrying with them at the moment. Failing and being defeated, however, results in loosing your own gold. Combat is entirely automated, a simple exchange of blows between the characters until one side has no more hit points left.

Dealer - Players can invest the largest part of their gold, and in some cases fire crystals (the premium currency), to buy weapons and armour that directly enhance their Viking’s abilities.

Tavern - Users are able to take on new quests that will advance the general storyline and reward them with gold and XP. Quests require a certain period of time to complete as shown by a timer, but can be immediately completed by spending fire crystals.

Depot – The depot functions as a kind of bank for players to store their gold out of reach of others, as when a player is attacked and loses the fight they lose only gold they have on them.

Work – Players can accept different jobs to earn some additional gold. Similar to quests, this takes a certain amount of time to complete that can be shortened with crystals.

The game is filled with a myriad of other villages players are able to visit, each of which provides their own purchasable items and quest chains. As travelling to another location takes real time, player can either log out to come back later when the timer has counted down or spend a few fire crystals to be instantly transported to their destination.

A certain amount of gold enables players to join an available guild or create their own one, adding to more social dynamic in the game which is also encouraged by the chat features players are able to use to talk with another.