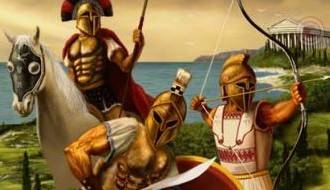 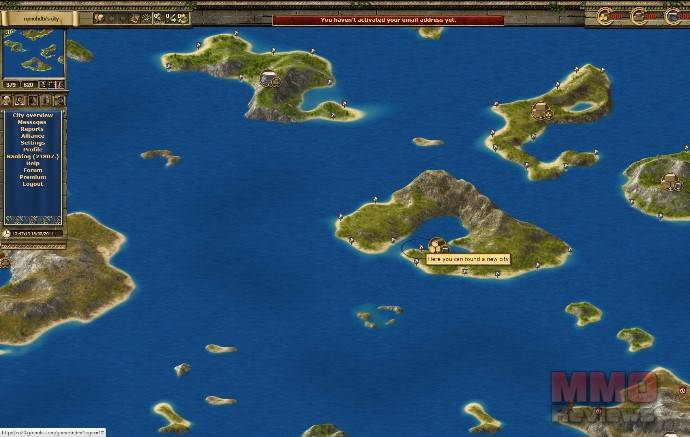 Grepolis is a free-to-play online game for internet browsers set in the Ancient Greece in which players have to build up an empire from a small Polis (greek word for town).

The exploitation of resources forms the basis for the ascent of your Polis to become a powerful island power. In Grepolis, there are 4 resources - 3 normal types and 1 special type. The normal resources consist of wood, stone and silver coins. The mythical Pantheon in ancient Greece played a large role and because of this the fourth resource is the divine favor of the Gods. For all units and building, you require resources. You get the resources automatically through your mines (lumberjack, quarry, silver mine) or the temple (divine favor). Resources are produced constantly even if you are not logged into your account.

In Grepolis there are five gods, Zeus, Poseidon, Hera, Athena and Hades. Each god can enact four different divine powers (which affect different things such as troop attack or resource income or even defence) and call upon two unique mythical units.

Each city can choose which god to worship, however each city can only worship one god at a time. The higher the level of your Temple, the more favour you earn from your chosen god. You can spend this favour to enact divine powers or call upon mythical units.

In Grepolis when two units fight against each other, the basic attack values of the aggressor is compared to the defense value of its opponent in the respective weapon type (weapons are either for stabbing(Sharp), crushing(Blunt) or ranged(Distance)). The outcome of the battle is affected by certain other factors such as the strength of the city wall, divine powers, as well as the random good fortune factor that changes for each battle.

It is crucial to a successful attack or defense. It is vitally important to know the size and disposition of your enemies army. If you underestimate the defense effectiveness of the opponent, you will probably lose a major portion of your army. An overestimating of the opponent is to be sure less tragic, but also not optimal. You could dawdle away time with the construction of an army that would not have been necessary in this size at the time of the attack.  Espionage in Grepolis is the act of spying on an enemy city to see troop counts and building levels. This is often used to find out whether a city is worth conquering or to calculate your chances against that city's defense.

There are 7 different world wonders to be built. Note that each alliance cannot build more than one of each type. The seven wonders are: Great Pyramid Of Giza, The Hanging Gardens of Babylon, Statue of Zeus at Olympia, The Temple of Artemis, The Mausoleum of Halicarnassus, The Colossus of Rhodes and The Lighthouse at Alexandria.

There a bunch of new premium features to enhance the Grepolis gameplay.

For example, you can use the attack planner, a new tool with which players can create and share a number of plans with friends and their alliances. This attack plan can have multiple targets. Also you can summon the Phoenician trader immediately with the use of gold, extend some divine powers or reduce research times.