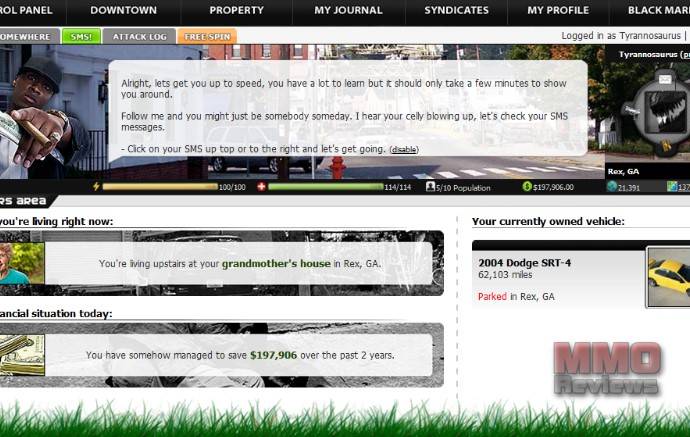 GreedInc is a browser based mmo. It's Real world crime game like never before. Takeover the world, starting with your real hometown. Rob stores, build in real cities, do missions and fight your way to the top... In GreedInc the real world is the game world. Start in your real hometown and travel around the globe building your empire. Drive or fly through every real world city and airport while building your wealth by legal or illegal means.  Live in a small country town?  Then take that town over and expand to the rest of the state, or fly to other major cities like New York, Chicago, Miami or LA and control them!

The Blackmarket is where users can purchase upgrades and items. The currency of the Blackmarket is "points". the invite friends for points system is broken. The character upgrades are: energy drink, stamina pills, penicillin, luxury suitcases, nanomites, hardiness, hacket simcard.

Income
Generates money based on the size of the city in which it is built and on the amount of competition.

Drugs
Generates drugs of a certain type. The drugs can then be picked up manually or be delivered automatically. (However, you need to have friends to build some drug properties)

Houses
Increases the population cap to allow you to purchase more Soldiers or Workers.

Super Structures
Generates a large amount of money. Competes with all other similar properties throughout the entire state.

You can build legitimate businesses like nightclubs, restaurants, movie theatres, amusement parks and mega stadiums.  Or you can choose the illegal businesses like drug production labs and farms, then setup transportation to distribute to dope houses, bars, clubs and brothels!

Robbing is a good way to earn a lot of money while also gaining Contact Information. Find a store you wish to rob and click on the start robbery link on the left hand side. You must then kill all employees working in the store before you can rob the safe.

You can create syndicates to band together with other players to take control of entire cities and states to substantially increase your income.  Hire soldiers and bodyguards to protect your properties and carry out missions for you.  Equip yourself with weapons and body armor to pull off successful robberies or to attack other player’s property.