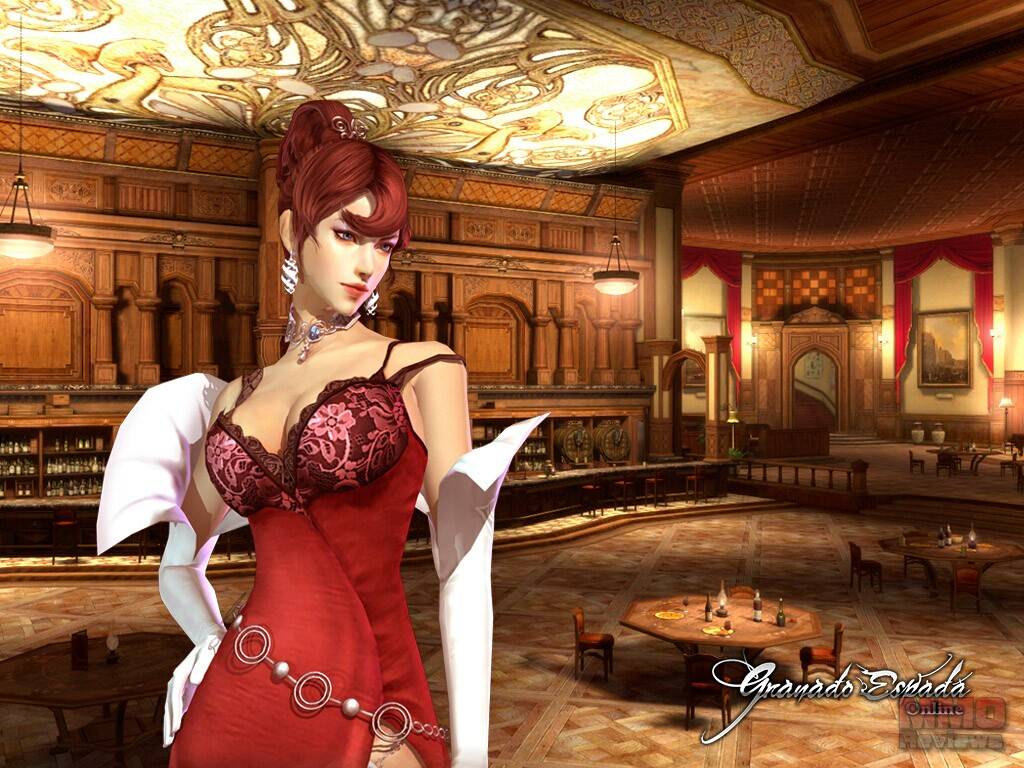 Set during Europe's Age of Exploration period between 1500 and 1700, Granado Espada is a free-to-play MMORPG about pioneering new continents. It features over 100 characters to recruit and add to the player’s party and a remarkably unique Multi Character Control (MCC) system, allowing players to control three characters at once. The storylines are very immersive with each playable character having a deep background of great importance to the overall story arc giving reasoning for each of their combat styles.

Currently colonised by the fictional kingdom of Vespanola, the newly discovered continent, is in a crisis due to negligence by the home nation that is engaged in a war in the Old World. On the continent itself, internal strife has arisen from the feud between the Royalists supporting the Vespanolan crown, and the Republicans campaigning for independence. Therefore, the Vespanolan Queen has decreed a policy of Reconquista for the continent in order to attract more people from the Old World to settle there. The player takes the role of a pioneering family from the Old World, eager to explore the continent and eliminate elements that will threaten the survival of its people.

The players are represented in game by families. All characters they create will belong to their initial family which enhances the combat power and health of its members. The family’s level and the buffs it provides for the characters are increased by levelling up family members.

Characters in Granado Espada are divided into 2 categories: basic characters and recruited ones (NPCs). While basic characters can be created when starting out, the recruited ones can be obtained and added to the player’s family through quests and events. Their fighting abilities can be customized through learning and developing various fighting stances, in addition to equipping them with various costumes, armours and accessories.

There are 5 classes players may choose from in order to create their basic characters:

Fighter - Possessing the most excellent attack, defence and speed balance, the fighter is the perfect class for direct battles. They handle the most various weapons and will always find the best attack method.

Wizard - Attacking and assisting with psychokinetic and black magic, the wizard is the appropriate class for magic battles. They decide fights to their favour in the most efficient way.

Scout - Unable to directly take part in battle, the scout is dedicated to healing as well as to providing traps, tools and assistance. They bring victory through intelligent tactics and the huge amount of useful items they carry in their bag.

Musketeer - Using a variety of guns, the musketeer is able to critically damage and kill enemies from a distance. With their stance, they can even maximise the merit of their weapons.

The game features a unique system that allows players to control up to three characters at once. Moreover, two of them can be combined to a team with the effect of a team combination buff. Combining two basic characters results in a pioneer effect that enhances all abilities. When certain recruited characters are combined, there are different kinds of buffs that occur depending on the type of character. There’s, for example, the Three Year War’s effect resulting in an increased attack and defence rating as well as attack speed.

Players are able to team up with others to compose squads and go hunting on raids together, which is more efficient as it can be taken advantage of each class’s abilities. You can either make up your own squad by inviting friends or join others.

There’s also the possibility to form factions that consist of a larger amount of players (up to 100) than squads. This allows for faction battles, colony occupation and colony wars.

Granado Espada offers several options for PvP combat. Via the duel system, players may challenge another player’s team to an arena fight while PvP officers in towns host small-scale PvP matches on a variety of maps. There are also several PvP raids available where all who enter are hostile to all others except those who they share squad with. The objective is to survive longest and kill the bosses that spawn, and win their drops.

Another PvP feature is the Baron mode that turns players who have attack others without their consent (PK) into barons, meaning they’re not able to speak to NPCs and treated like mobs on the field with the risk of dropping items and Exp when being caught or killed. In addition, there’s also the possibility to take part in mass PvP events such as colony wars or cross-world PvP battles where players from different servers are able to duel each other in individual or team modes.

Pets are very useful to any explorer as they assist in battle and have different other helpful abilities depending on their type such as picking up items, healing or giving buffs, etc. They must be fed and can be obtained through quests and events or purchased in the shop.

There’s a comprehensive system for producing and enhancing all kinds of items ranging from weapons, amour, and equipment to gems. With materials and recipes at hand, players may manufacture the gear they need, upgrade weapons and amour, enchant their equipment and socket jewels to increase stats.