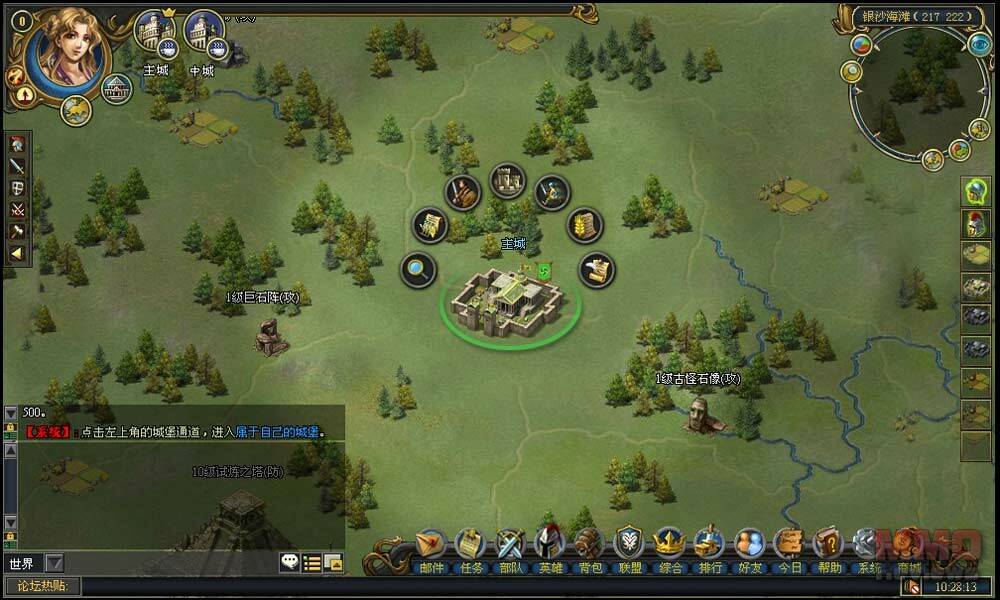 Golden Age is a browser-based MMORTS Travian-style that adds to the genre some improvements and new features like a polished graphic, some RPG-like elements, the Sire (your very own customized avatar), a new dungeon mechanic and a lot more. Customize your character, join one of the three available factions, hire powerful heroes and bring glory and fame to your kingdom destroying your enemies along the way.

- Customize your Sire and explore beautiful side-scrolling RPG-like towns.
- Hire powerful heroes and lead them to the victory.
- Build and develop your kingdom gathering resources and fighting your enemies.
- Join one of the three fighting factions: the Knight Templar, the Ibero Alliance or the Rhine Commerce Guild.
- Explore dangerous Dungeons looking for treasures.

Golden Age has three factions you can choose from. Each faction has its own specialty that gives it both an advantage and a disadvantage in the game. Picking the faction is only part of the equation to success, but how they work together determines the overall victory of their Alliances and Kingdoms.

Knights Templar: The Knight Templars are specialists in Offensive. As offensive specialists, the Knights have extra options for trainable Infantry and overall have a higher fighting capacity than the other factions. Their special building, the Arena, also gives them the opportunity to produce weekly more soldiers than the other two alliances, giving them a greater offensive advantage. More recruitable troops means more trainable troops, and thus, a potentially larger army.

Rhine Commerce Guild: The Rhine Commerce Guild is considerably the "neutral" faction. Rhine specializes in resources, but otherwise have no offensive or defensive advantage. Instead, Rhines possess the potential to accumulate a much greater supply of resources and at a faster rate than the other two factions. As a result, the Rhine can potentially provide for much larger armies because of their overall access to large amounts of resources. The Rhine's special buildings include four Government buildings that increase each resource production a set amount, the supplementary resource boost increases with each building's level (the highest of which is 30).

Monitors buying and selling goods and offers services by offering them up for bid, taking bids, and then selling them to the highest bidder. Use everything you learnt from Business School here! Auction House is accessed in the Market at the NPC Colette.

The quest system will help new players to get started showing the basics of the game with a series of simple tasks that will reward them with resources and more upon completion. The players will learn how to advance in technologies and buildings.