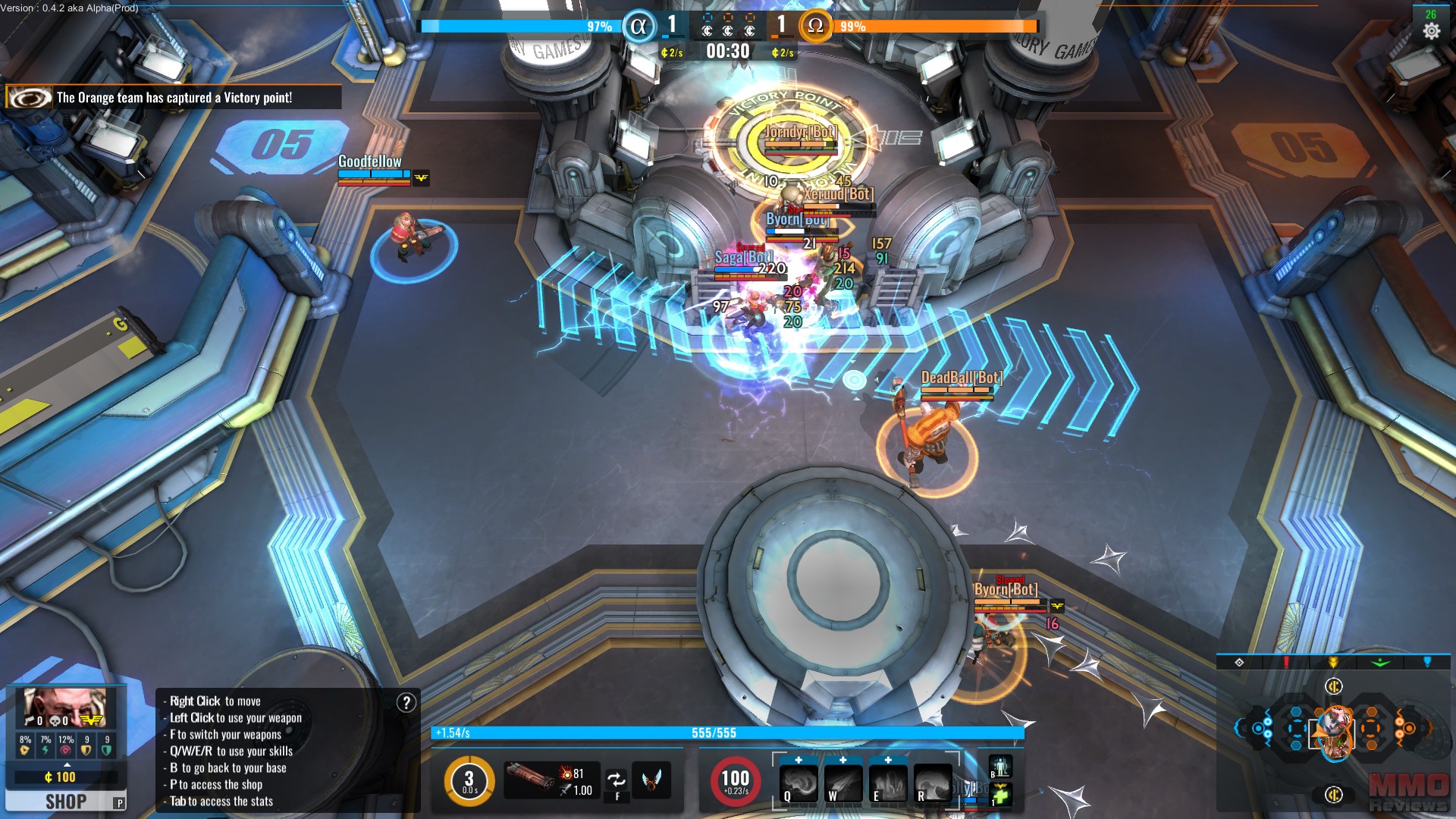 Games of Glory takes many traditional MOBA features and implements some of its own systems to bring a new sci-fi themed title to the genre where players step into the role of Clone fighters battling against each other in the gladiator pits of the future. Focusing on team based PvP combat players must master not only their own character’s abilities and show their own skill, but learn how to work together as a team to overcome the opposition an fulfil objectives in the different Arenas.

Taking its lead from other MOBA players will find the main style and controls of Games of Glory very familiar to other classics in the genre, starting with the MOBA style QWER keybind attacks and mouse movement/basic attacks. However, players can also take advantage of using the WASD movement which in many ways is ideal for the move-and-fire tactics that players can perform. As players fight in the arena and gain XP and Credits for the team they are able to upgrade their own skills as they unlock them as well buy various weapons with pre-requisite weapons leading up to more powerful ones. One of the unique elements is that players are not bound to being either melee or ranged and can switch between these weapon types freely, their abilities augmenting whichever type of weapon they are currently using.

There are 12 unique characters to choose from in the game that use different skills and traditionally adopt different roles in battle: Tank, Scout, Assassin, Carry and Support.

The objectives and MOBA style gameplay depends on the Arena that players battle on, either against players or AI Bots:

Players can demonstrate their prowess by gaining rank in the Leagues, progressing up through them to go up against higher ranked players. Similarly players can enter team based tournaments that are official ran by the developers where they can win prizes and of course Glory.