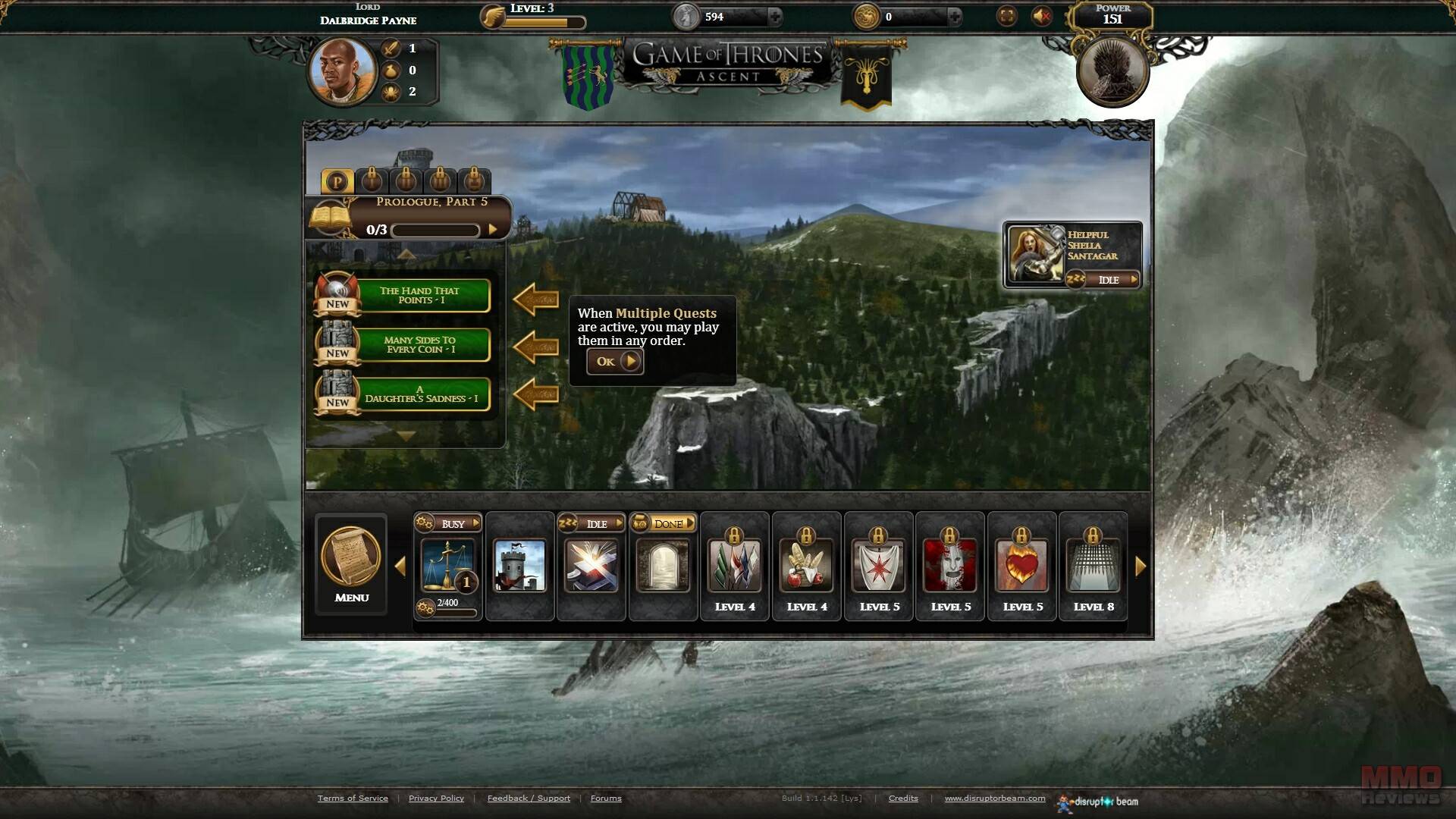 
Game of Thrones Ascent is a social, browser-based strategic MMORPG which takes place in the universe of the novel series A Song of Ice and Fire by George R. R. Martin and the HBO TV series Game of Thrones. The game will allow players to take control of the head of a minor House in Westeros, and they will have to face political intrigues, betrayals, murders and marriages to become one of the most powerful houses.

Recently bestowed the title of a nobleman in Westeros, the player is also given lands by King Robert Baratheon. Whether becoming a bannerman to the Starks or the Lannisters, or even secretly supporting the Targaryens, they know that they cannot refuse direct requests from the Crown. When the Hand of the King Lord Jon Arryn asks players to perform a simple task, they know that they must.

At the moment, he’s looking for a prostitute’s son named Derryk, so players set off to visit a brothel in King’s Landing but the boy and his mother are nowhere to be found. Little did they know that such a simple request would place them at the heart of treachery, quickly caught up in a struggle for power among the Great Houses of the Seven Kingdoms.

In the game you have to manage resources ranging from items to people and currencies in order to set up productions and perform tasks. Acquiring resources is possible through different ways, and various missions and quests will appear that players have to complete in order to further advance the storyline. Every action involves a choice and each decision made will lead to adverse consequences, affecting rewards, power, house relations, as well as alignment.

The game allows players to swear alliance to one of these major houses in Westeros:

In Game of Thrones Ascent players have to make moral choices which will have consequences and frequently involve shades of grey beyond the simple “good versus evil”, and these choices can change the player’s character and  even the world.


These decisions influence the player’s alignment, their representation of the aggregate choices of what they have done and how they did it. Alignment affects how other players treat you, what choices you have available in the future or who choose to work with or against you.

Player will distinguish themselves by duty, integrity and tradition.

The game revolves around three categories: trade, intrigue and battle. As players advance throught the game, they are going to need to decide whether to focus on one of these three areas or to attempt combine them into a unique approach to power.

In addition, you can join a player alliance or form one of your own. Alliance members may socialize, communicate, and coordinate their activities. For a more personal commitment, it is also possible to form pacts directly with specific players. The most important pacts in Westeros involve marriage. In Game of Thrones Ascent, players can marry each other and enter into betrothal pacts to marry their children to the children of other characters, which yields its own advantages.