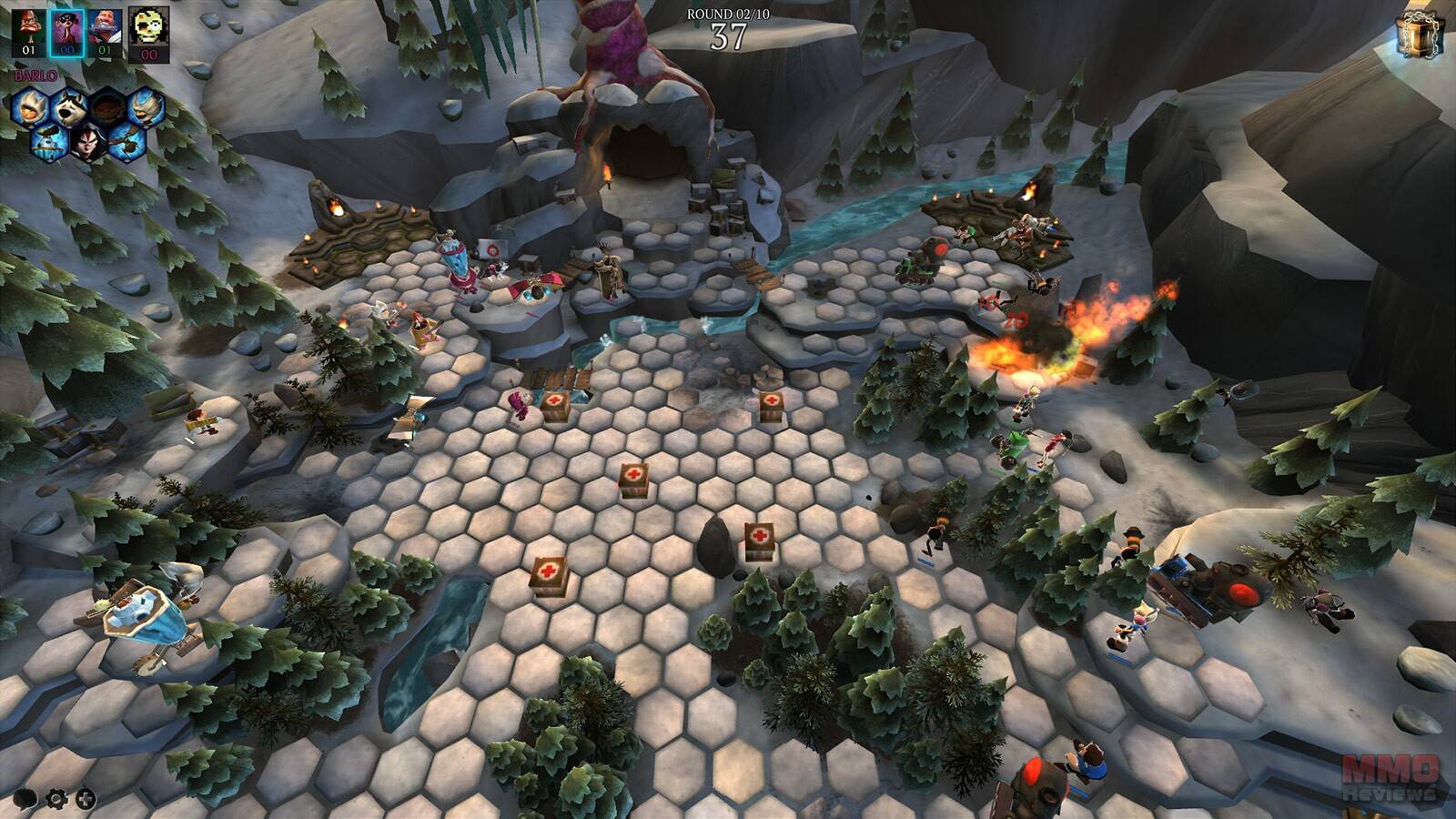 Frost Wars: The Rise of Fatty Sparkles is a free-to-play turn-based strategy MMO built for core gamers, focusing on cross-platform player vs. player combat. As Lantern cherishes the idea of community-designed gaming, the players serve as the game’s designers and constructors, sharing ideas and voting on what to add next.

Toxi Co., an international mega-corporation, travels to the Arctic in search of the purest ice on earth and the chaos begins. Their drilling accidentally unleashes a mysterious sticky substance that mutates the native animals, triggering a war for survival between the native Eskimos and Toxi Co.’s workaday employees, a war that’s masterminded by an arms-dealing polar bear named Fatty Sparkles.

Frost Wars allows you to build your own fighting style with custom squads, made up of spies, commandos, riflemen, grenadiers, rocketeers, tanks, planes, and more. Using an armoury full of dangerous elemental weapons, you can customize your squads to fit your play style. Players will be able to customize them even more with custom bases and vanity gear.

Whatever their play style, from chaotic pyromania to toxic terror, mastering the elements brings more personality and depth to the player’s combat tactics.

Additionally, players can choose between two ways to play the game:

Extended Play - This asynchronous game mode for 2-4 players offers a more relaxed style of play spread over several days, allowing multiple battles to be fought at the same time.

Speed Play - In this synchronous game mode up to four friends or random opponents join together to battle it out in one fast-paced sitting of 10-20 minutes length.

Frost Wars will feature a variety of immersive maps, ranging from collapsing ice bergs, to the tops of Arctic mountains, to ancient temples hidden deep under ground. Each map is supposed to deliver unique strategic challenges and gameplay elements.

The developers are soliciting ideas from players in order to guide and influence the game’s development without being censored and free from corporate influence. Actually, the players are the game designers, sharing ideas, debating, and voting. The best ideas go into the game to be playtested and refined by everyone within the community.