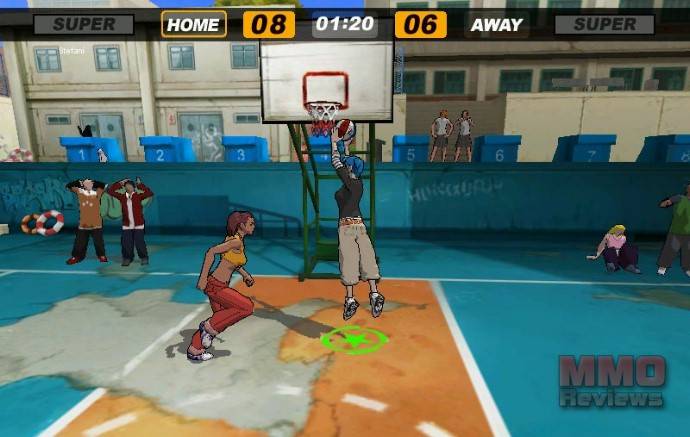 Developed by JC Entertainment for Windows.

FreeStyle Street Basketball is a 3D Basketball MMO. Gameplay is fast paced and smooth. Even if you aren’t a fan of Basketball, FreeStyle has a simple and fun gameplay. It's featured by three positions, numerous courts and boatloads of customization options.

There are 2 types of currencies in FSSB, points and GKash. Points are rewarded after each game like EXP. And GKash is purchased with real money via PayPal. Both are used to buy Skills, Freestyles, Clothes, and various accessories. Although, there are certain items and skills that can only be bought by GKash. Some clothing items have an expiration date, and will disappear after the date.