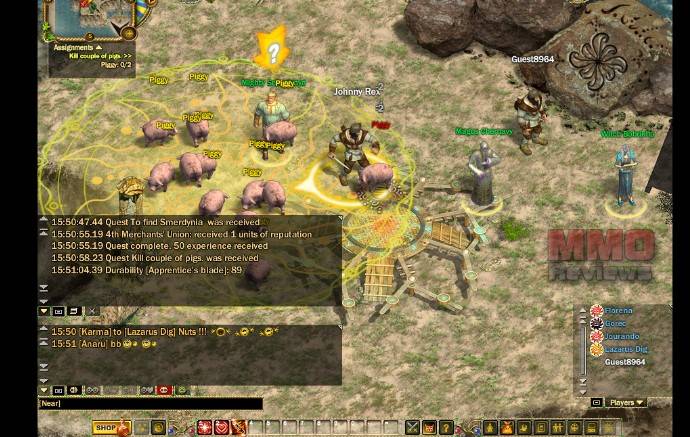 Fragoria is a browser-based MMORPG where players start as a Traveler and complete quests for other characters in the game in a fully persistent world inhabited by other players and NPCs.  As the game progresses, players specialize their character by picking sub-classes that are broad at first with the choices narrowing down into a more focused class.  There are over 800+ quests to complete, several dungeons to crawl through with friends and there are also a handful of PvP games to take part in (ranging from simple 1 on 1 duels to full-scale wars with objectives).  Fragoria has an in-depth pet system, an auction house, a mail system, and an extensive crafting system with 4 professions to choose from.

A traveler sails in on a boat headed to Murom in search of adventure and a sense of purpose in life. Quickly, the denizens of Navy's Village come to realize that this traveler is no ordinary adventurer. The witch in Navy's Village envisions that this adventurer will one day become the savior of this dying land.

The isometric 3D graphics based on the latest Flash technology enable a real multi-player experience in direct combat with other heroes. Fragoria is a real-time flash game the likes of which have never before been seen in the browser game environment. It represents the next generation in browser games.

Each player can personally equip their character with numerous objects, clothes and weapons. Through hundreds of quests, the players choose to be gladiators, hunters, wizards or druids. The characters hone their magic powers in seven magic schools, after which they can become other characters with different magic powers or change their own form or characteristics with the help of 100 magic potions.