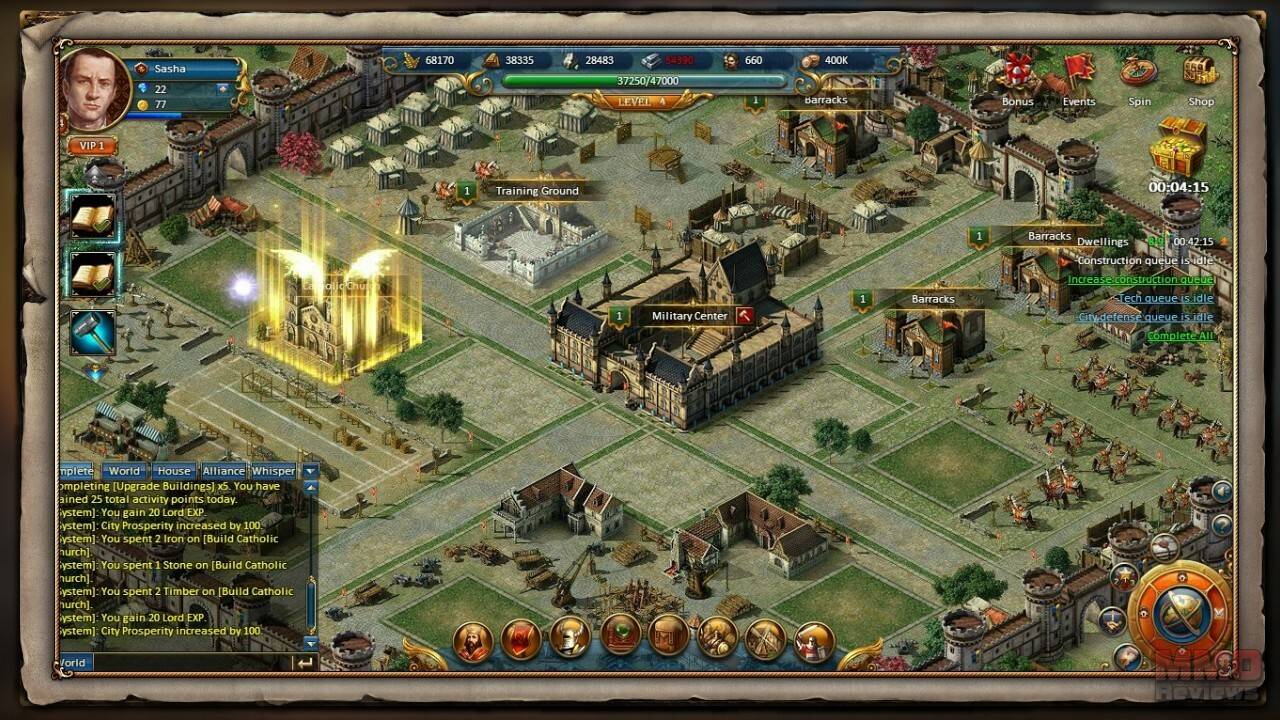 The game is a free-to-play, browser-based MMORTS, set in Europe during the golden age of discovery, the Renaissance era. Fortuna offers players a deep combat system and a huge selection of options as they develop their humble settlement into a powerful empire, amassing huge armies to lead them into battle, forming alliances and undermining enemies at every turn to tip the scales of power in their favour.

In the game you can choose to join one of these major three noble houses:

Tudor - The Welsh house of Tudor reigns over England, extending their power into Ireland and France. Believing that the ends justify the means, they amass a powerful navy, fight bloody wars, and brake away from the Roman Catholic Church.

Medici - Extremely successful in financial business throughout Europe, the Medici gradually gain political power in Florence. The Italian Renaissance flourishes under their rule, due to their sponsorship of famous artists and scientists including Michelangelo, Leonardo da Vinci, and Galileo.

Fugger - A prosperous German family of merchants and bankers, the Fugger hold a monopoly on silver, copper and mercury mining. They lend money to kings and emperors which results in great political influence.

Regarding buildings, Fortuna features 26 different types in total, ranging from dwellings and commercial sites to churches and military buildings. Constructing and upgrading buildings increases the city's prosperity. The most important ones are:

There are four resources players have to collect in order to develop their hamlet into a flourishing metropolis: timber, stone, food, and iron. While timber, stone and iron are needed for constructing and upgrading buildings, food is used to pay for military units. All resources are produced at the player’s farm.

Prosperity defines the city level and is gained by constructing and upgrading buildings in the player's city or satellites. If the city is successfully invaded by enemy forces, prosperity will take temporary damage that recovers over time. This can partially be accelerated by hiring an Artisan NPC.

If prosperity drops through a level barrier, the city's level will also temporarily decrease, not harming the existing buildings, but shrinking the player's farm.