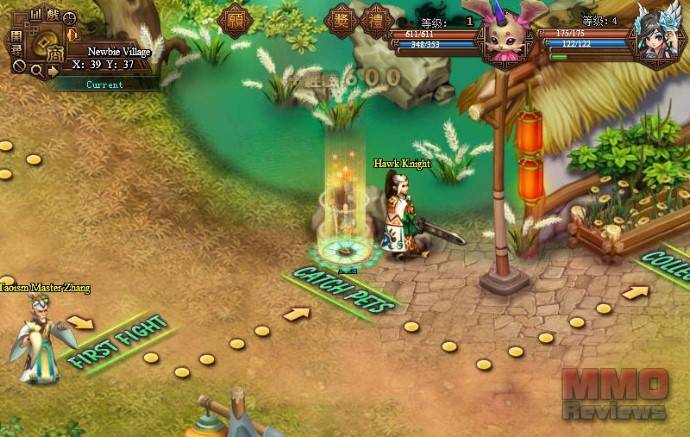 Developed by Goldsky for internet browsers.

Forsakia: The Lost Clans is a 2D, free to play, browser-based, flash, MMORPG which excels with its MMOG gameplay while offering the strong points of small-scale flash games.

The huge, mysterious game world is brought to life with colorfully detailed graphics and experienced from an overhead, isometric perspective.

It is set in Jianghu, a fabled land once governed by mighty clans that fell victim to a great tragedy. During a vicious strike a mysterious assassin killed leaders of all clans, throwing the world into chaos. It is still unknown who or what caused their demise, but Jianghu has been immersed in chaos ever since. Now, it is up to the players to restore hope to this world by facing the powers of darkness, defeating monsters, and proving themselves as heroes.

White Dragon
A crazy young man, having already having spoken so many rash words from his heart. Countless love affairs, gone with the wind, I alone with the power to deceive the king. Suave White Dragon, who is witty and smart, a little perky and yet has so much experience in life. He always uses his hidden potentials and extraordinary wittyness to elude danger. Cunning, yet sometimes acting a little foolish, he perfectly unites veracity and nefariousness.

Phoenix
Silently watching the people walking by on a busy road. Faint incense in a pot, like gentle Phoenix. Trying to grasp her is futile, her hatred will only turn back on you. Once kindhearted, noble and generous, she grew selfish, always putting herself as top priority. She believes her world is the real and only world, while others will always be just a supporting role on her great stage of life.

Lightning Fist
A high song, resonating day by day; a loud voice summoning the spirit of the earth. Like a tiger excluded in the mountains, fighting a dragon from the great seas. Defining the male spirit of men, brave, hard, burning, he is a tough guy. Always keeping his calm in times of danger, he will not even twitch when confronting the ultimate evil. Strong emotions and a strong personality, he would give everything for this brothers.

Iron Lotus
The evening sun, accompanied by rain. The air turns faintly blue, like the great moon. Watch the pure lotus flower, nothing can stain her heart. Iron Lotus who is soft on the outside but hard on the inside. She is like a lotus, floating gently on the water surface, a little bit of beauty even in midst of the muddy lakes in the world of Forsakia. She always keeps her calm and her beauty, even when facing chaos.

Furious Spirit
Flying gracefully, flying softly through the world of Forsakia; the floating clouds accompany me wherever I go. On the field of fame and wealth I get my merits; still I’m always alone on a rocky road. Furious Spirit who is feared by many, not only for his incredible power, but also for the strong hatred he bears in his heart. With a style beyond any comparison; majestic, but still calm and introverted.

Asura Blade
Where do you wish to go, searching the glimmering snow? A willow is waving gently, a soul is being sacrificed. After the sacrifice, the soul will be reborn anew, but never will see the green rocks again. Profound like an abyss, yet very unusual for her time. She would use all kinds of means, be it good or harmful to achieve the high ambitions she imposed upon herself.

- Player vs. player (PvP) combat
- A pet system; even your pet can help you battle your opponents.
- Six unique classes to choose from
- Gguilds
- Individual houses for players to furnish, and much more.