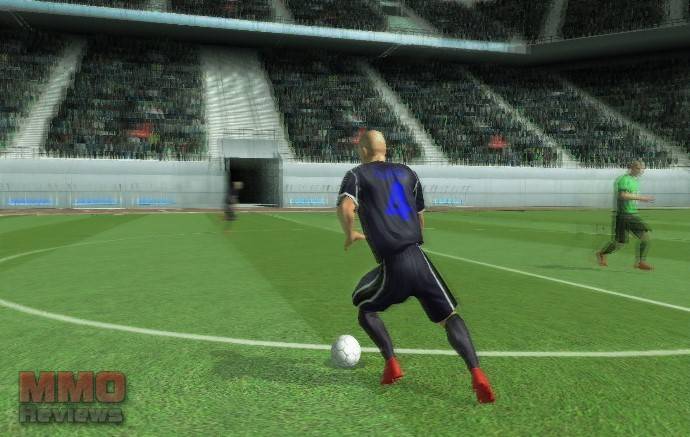 Developed by Monumental Games for Windows.

Football Superstars is the world's first Virtual Football World. An entire online football game designed by football fans exclusively for football fans, where you can enjoy a Free to play massively multiplayer experience on your PC. Football Superstars takes the player through the life of a footballer, from grass-root kick-abouts to the pinnacle of premier football and international stardom.

It is an action football game combined with a persistent world for the players to play games on the pitch and enjoy the trappings of their success off the pitch.

In Football Superstars the player assumes the role of a single player character in both the football arenas and the virtual game world. These Player Characters (PCs) interact, compete and collaborate with other PCs within the game world. This means that, in terms of playing football, each member of both teams will be controlled by a real-world player, except the goalkeepers which will be AI controlled. In the lifestyle world we'll have a number of Non-Player Characters (NPC) that assume general roles within the game e.g. shop owners, traders, journalists etc.

Your natural skill on the pitch can be augmented by buying additional skills. Skills are greyed out if you have not trained the skill, and are in colour if you have. Hovering your mouse cursor over a skill will give you its name.

The skills are also broken down into colour coded categories which are:

Attack - skills which are most useful to attack orientated play.

Defense - skills which are most useful to defense orientated play.

Possession - skills for those who play in midfield positions the most. General - skills which increase your abilities all-round. These have a background colour attached to the skill icon. Skills are displayed in alphabetical order and there are varying maximum levels for each skill.

There are three types of matches in Football Superstars and they are:

Kickabout Matches - Friendly games which can be played against anyone. Players do not receive Football Superstars Dollars (FSD) for playing Kickabout Matches but their stats will increase normally.

FS Club Matches - Competitive games played against members of one of the opposing clubs (there are 4 to chose from during character creation.) FS Club games reward players experience, FSD, along with stat point growth. The results of these games influence league rankings.

Player Managed Club Matches - These are games between player clubs (guilds/clans.) Players must be members of a player managed club to participate. These matches reward players with fame and stat growth.