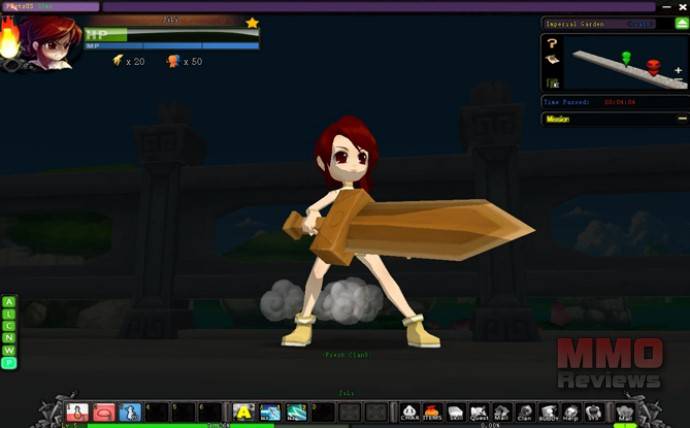 Developed by GamePrix for Windows.

Fists of FU is a free-to-play, hilarious Arcade-Action MMORPG featuring a beat-em-up multiplayer storyline, anime style graphics, and an immersive 3-D environment. Join your friends to take on the evil Monster King and his armies. Master dozens of skills as you learn the martial arts of the Fighter, Magician, and Archer classers. Use your deadly combos and special moves to beat up your friends in awesome Player vs. Player battles, and challenge PKers for rare items.

Now, we fight as best we can against the Monster King and his beastly armies. With their enemy restored, the Eight Immortals have shared much knowledge with us. With their help, we have established schools for great swordsmen, archers, and mages, while masters of each discipline wander the lands as well.

Fu
Fu comes from a long line of famous magicians known for their strength and valor. Although Fu trains regularly with his family, he has no intention of following in his ancestor’s footsteps.

Ling
Orphaned at a young age, Ling was adopted by a school for powerful magicians.

Xiao
Xiao is under the tutelage of Master Archer deep in the mountains of Dao Island.

Hu
Hu also trains under Master Archer deep in the mountains of Dao Island. He secretly has a crush on Xiao, his parter in training, though it is quite obvious to everyone around them.

Shen
Adopted by the wealthy Landlord Luo of Spring Harvest Village, Shen was shipped off to an elite private fighting school deep in the mountains to train as a swordsman.

Wu
Adopted by Master Fighter, Wu learns how to fight with all kinds of swords.

Magician
Naturally gifted with magical abilities, the Magician is able to hurl their powerful chi at opponents. Although armed with a staff for physical attacks, they are more suited to long range combat.

- Elemental Mage
A powerful mage that is able to harness the powers of the five elements and concentrate them to unleash deadly spells against evil. Or their friends.
- Wizard
Intelligent and skilled, the Wizard is capable of manipulating the forces of nature to unleash its wrath on the evils of the land.

Archer
Armed with their trusty bow and fierce kicks, the Archer is both adept at close and long range combat. Known to strike first and quickly retreat unharmed, the archer is an excellent choice for a beginner.

- Sniper
Master of obliterating enemies from a great distance withtremendous accuracy, the Sniper is feared by all.
- Shaolin Hunter
Courageous and fast, the Hunter is well-versed with the Shaolin Arts that makes it deadly in close range combat.

Fighter
Adept with the sword, the Fighter relies purely on physical attacks, giving them a natural advantage in strength, speed, and will. The Fighter is a close combat specialist.

- Swordsman
Fierce and mighty, the Swordsman crushes all enemies in its path using an enchanted blade.
- Royal Knight
A member of the royal family, its powerful spells are just as destructive as its swordsmanship.