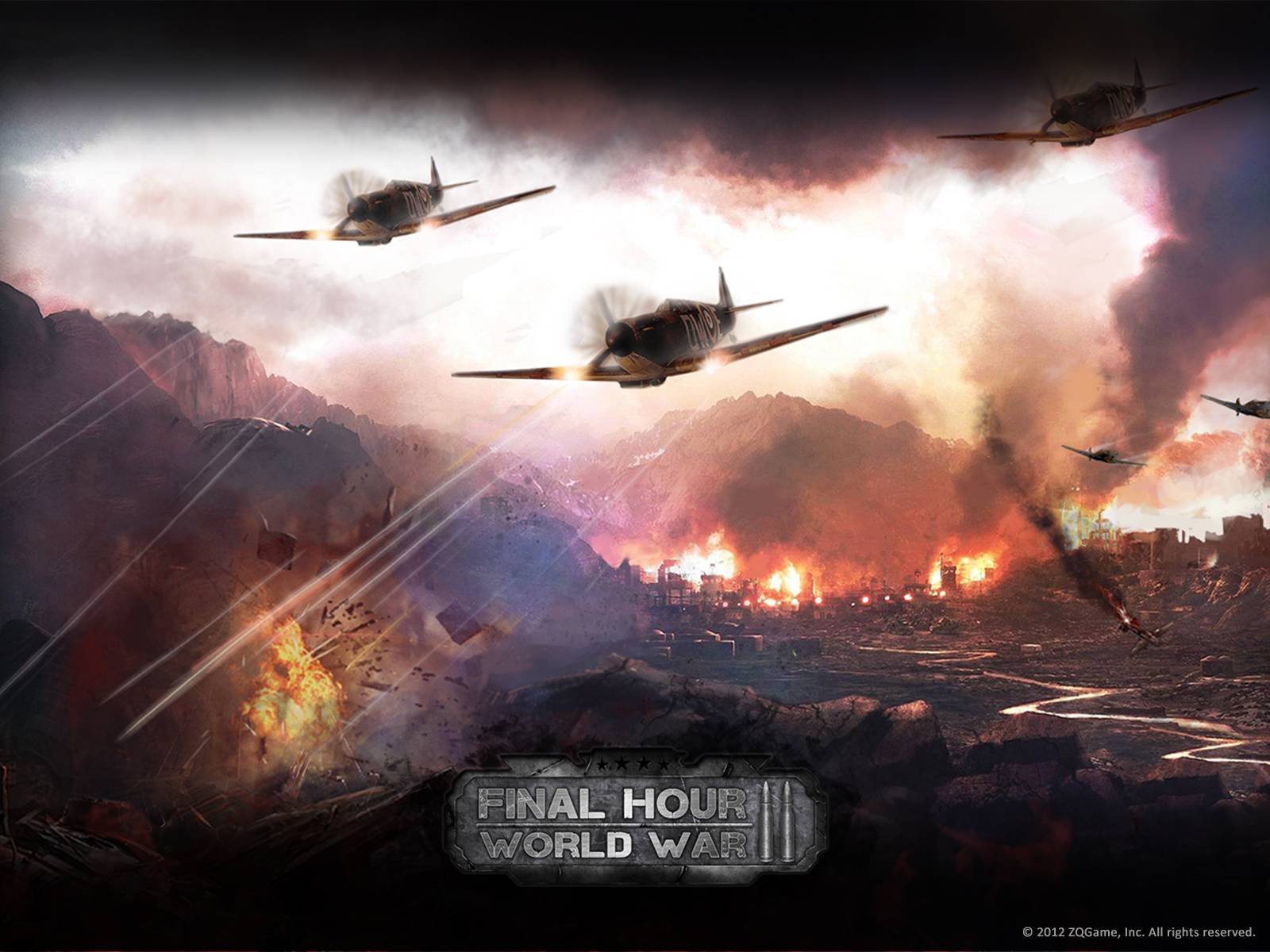 Set in 1941 at the beginning of World War 2 the League of Nations have failed to keep the peace and the Axis has already consumed the world in a blanket of war. Joining one of the games two factions, the Axis or the Allies, Final Hour: World War II combines the city management genre and real turn strategy. Establishing your major city you will be responsible for building your cities facilities, managing your populous and building your army to fight alongside allied players against your enemy faction.

After two years of conflict the world is at war, the League of Nations who had successfully manage to keep a global peace since World War I is beginning to crumble and in a last attempt to avoid a war of epic proportions invites the warring nations leaders to a conference in Geneva with hints of a secret that would change the war. As all across the globe people listen through their radios to find out the outcome of this meeting they are met with static over the airwaves ended only by screams and then an ill warning from a whisper “Gamma is coming.” By the time planes had reached Geneva and the convention everything was in rubble and no sign of the world leaders who could have ended the madness and so the world is thrown into chaos.

As the Allies acted quickly to retake some key cities in the heart of mainland Europe they realised quickly that help would not be coming and soon each begins to turn into its own self-governing city state. Meanwhile the Axis move ever onward, they too are now leaderless but are united by a common goal: to destroy the Allies and conquer the world.

Managing resources and your population is the key to success when building your city, resources for building will sit their unused unless you put part of your population to work constructing. However, you also use that same population to convert into troops, unlike other strategy games where you would just create “a rifleman” from your armoury facility, instead you make the base weapons and then must take a portion of your workforce and make them soldiers, equipping them with your weapons. The need for an army must be balanced with the need for an active work force and so increasing your populous with new and improve housing is a big factor in the game. Increase your work force, build improved facilities and build better units seems to be the aim of the game.

Your standing army whilst equipped is no good unless it has a commander at the ready to lead them into battle. You get your Commanders from your main headquarters, each of them has their own stats and figures to show their pros and their cons, as well as their current XP and level. There Commanders profile is quite extensive and there are a number of values to take into consideration to see what position they will best serve in:

Governance
This is the number of troops that a Commander currently has assigned to them but also the maximum number they can have assigned.

Morale
Based in the Commanders wins/loses this value will raise or decrease, which directly effects the attack and defence abilities of the troops under that Commander.

Loyalty
As with Morale this value fluctuates depending on your victories and defeats, if this value drops too low then there is a chance the Commander will quit, this is a very important statistic and so it is possible to increase this value by donating Loyalty Points, which cost a portion of your cash to buy.

Talents
When a Commander levels up you gain talent points based on their rank, which you can assign into different areas creating unique Commanders for different situations.

Battles will be fought either against a third Neutral Army NPC faction, made up of deserters, rebels and mercenaries or against players in your rival faction. The battle system is turn based where each player takes it turns to move their units on a grid map and shoot at the enemy, units can only shoot in straight lines in four directions (up, down, left and right). Different units have strengths and weaknesses against others, for example fighters are more effective against other planes and snipers are extremely effective against infantry units. The units you come to the battle with, your formation and your general tactics in the match are what will seize victory for you.

As well as battles within the world map players are also able to challenge their enemies in arena duels, single and co-op mode, conquer their capitals and forge powerful alliances with friends.

A shop is available in game where players are able to directly purchase gold to obtain rare items and boosts which will enhance their gameplay instantly without the need of waiting hours to attain them.