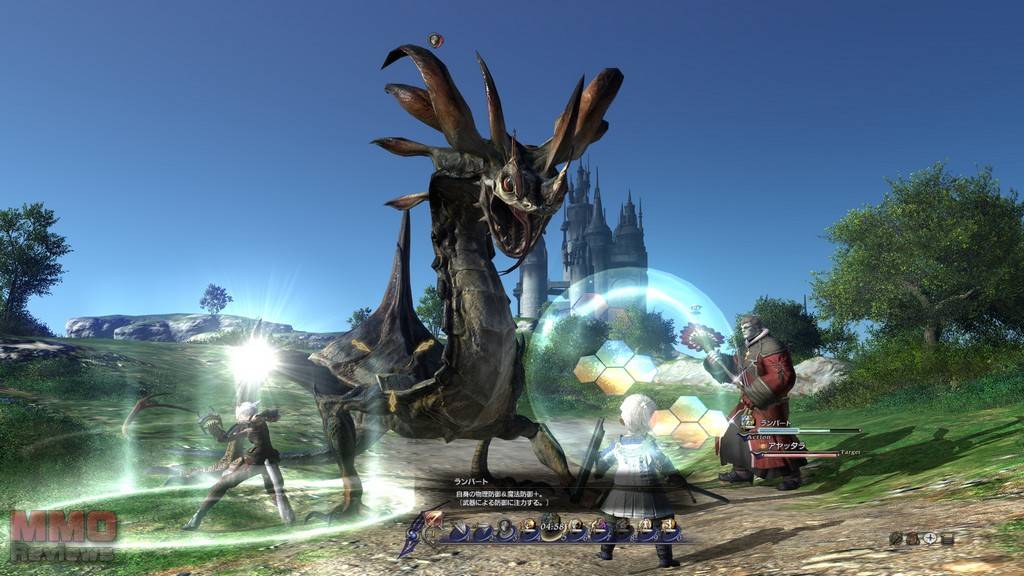 Final Fantasy XIV is the next iteration in a series of single player and online games that transports players to a realm of fantasy meets technological advancement with magic and industry coexisting. Whilst the series of games do not link together, each operating as its own independent game, there are various themes, creatures and deities familiar to all File Fantasy games. The game requires a game purchase and ongoing subscription to play and offers a wide variety of features and game content.

As time passes through the eras, cycling between the prosperous Astral era filled with joy and happiness and the doom and disaster filled Umbral eras, at the end of which characteristics of one of the six elements has been borne. With all six elements represented many believed that the current Astral era would never end, but holy scripture has predicted a less joyous fate to the world of Hydaelyn and its people and foretells of a final Seventh Rumble Era.

As a mercenary of the Adventurer’s Guild from the realm of Eorzea you will be drawn into an exciting journey where the very fate of the planet itself will fall to you and your companions.

There are five different races that can be found on the continent of Eorzea, each with their own rich history and culture; from the feline Miqo’te that are a solitary race shining from contact with others, the ancient Elezen have existed in the realm far longer than the other races and have a characteristically long lifespan when compared to the human Hyur who are a diverse people even among their own race. Each of the five races is divided into two subcultures showing the history of their people and how they have divided and gone their own separate ways.

The Armoury System allows players to change up their combat and adventuring style in an instant, with players starting out as one of the six Disciples of War classes or the three Disciples of Magic classes. Furthermore players can focus on becoming a Disciple of the Hand and focusing on a variety of crafting skills or a Disciple of the Land to focus on acquiring resources.

Classes are ideal for those players that like to be diverse in their available skills and pursuits, but with focus down a specific class and achieving a certain mastery level in multiple classes can unlock jobs, which can offer exclusive actions and skills to players to add to their arsenal.

There are a variety of activities that players can conduct in the game, particularly PVE focused content with such tasks as quests that will give players the opportunity to acquire rewards and resources as well as XP to level up. The main quest line in the game will progress the overall story arc and show the players place in the grander scheme that destiny has dictated.

The Full Active Time Event (FATE) is an exciting event that can trigger when players least expect it, whilst out on your adventures a FATE they trigger nearby and highlight on your map and if a player crosses the event threshold they will automatically join the FATE and their combat skills will be put to the test whether raiding encampments, fighting colossal enemies or even episodic FATE encounters. Players are rewarded not only by being involved put down to their overall contribution in comparison to other player’s efforts during the FATE.

Players will be able to find action easily as well as fellow adventuring companions using the Duty Finder to group together and take on more challenging threats and even delve into some of the most dangerous areas and dungeons on Eorzea.