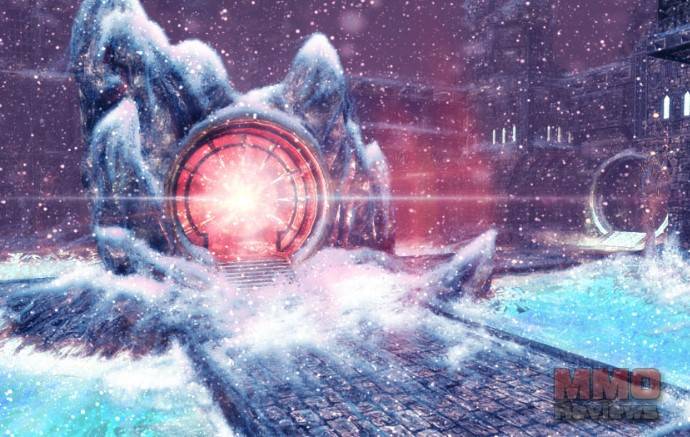 Faxion Online is a MMORPG, free to play, focused on a high impact PVP game experience. Faxion's combat is built to entertain your senses and keep your mind and reflexes on edge, thanks to its visceral combat system. No longer is a blind simply a debuff to your character’s combat effectiveness. You are your character in Faxion, and when blinded your character can’t see, neither can you.

Set within the world of Limbo; players join the forces of Heaven or Hell as they fight for control over the Seven Deadly Sins in an ongoing epic battle that relies upon team coordination and player skill to determine the outcome.

Faxion Online takes place in the realms of Limbo where time and space do not exist. It is here where players start their journey in the afterlife. All religions through time can be found, and their followers are sprinkled amongst the population. The Capital City of Limbo is Purgatory, and it's a place that does not judge nor hold anyone in higher regard than another. It simply serves the residents and their needs as they find their way for their own retribution.

In addition to the city, the Seven Deadly Sins have manifested themselves into physical locations, each represented with its own theme. With each manifestation of the Sin have come the people that represent it. From the Gluttonous who tend the farmlands, to the Prideful Atlans building their Tower into the skies, players will have the opportunity to meet and face off against many indigenous people and creatures that represent the afterlife, limbo and the sins.

Multiclassing is a system that allows players to truly customize their characters. While everyone starts with their Base Class, they are free to train into any and all of the other Classes available in their faction as soon as they want.

There are many advantages to multiclassing. The most prominent incentive is that you will retain all your Base Class skills and abilities while also having access to new ones from the class(es) you further trained in. Note, however, that characters will always receive the same amount of Skill Points to spend on their Skills and Abilities. Furthermore, the cost for training abilities not from their Base Class is higher. Thus, multiclassing will provide more options but not necessarily more power. Despite this, many players choose this in trade for the upside of combining various unique abilities.

Crusaders
Crusaders, the backbone of the armies of Heaven, stand at the forefronts of the war - ready to defend the holy gates and all they stand for. While reliant upon their weapons and armor, it is their faith that makes them a force to behold, sustaining them during lengthy skirmishes. No stranger to hand-to-hand combat, Crusaders are strong fighters who rely on mobility and sheer brute force to bring low malefactors. Glory shine upon these celestial warriors who eternally push back Sin's shadow.

Reaver
Reavers are the favored marauders of Hell - dark champions who worship at the altar of battle. They believe the cries of their victims to be the purest hymn and shedding blood the only true prayer. Wrapped in armor and warped by infernal blessings, Reavers are often surrounded by enemies, taking on multiple opponents with cleaving blows and peerless defense. One day they will march on Heaven itself, and the groan of Heaven's Gate breaking will briefly drown out the cries of the newly damned.

Diviner
Diviners step onto the battlefield knowing that the wary eyes of the accursed are upon them. Their mastery of the elements, righteous fury, and enthusiasm for chastising the wicked justify these concerns. Eons have been spent gathering divine truths, and Diviners use this wisdom to unleash destructive forces from afar. Truly fearing no evil, they hardly even bother to armor themselves. Instead they rely on their skill to call upon divine winds, raining down holy retribution to devastate entire hordes.

Occultist
For Occultists, power alone simply isn't enough. But being seen wielding power… controlling the ebb and flow of battle while blighting the land in flashy demonstrations of supremacy - this is what drives Occultists to study with such fevered intensity. Bending the elements through sheer strength of will, these students of the dark arts are careful to confront the forces of Heaven on their terms, lest their lack of martial skill be the deciding factor. With a unique blend of contempt and arrogance, they use their expertise to tear the heart out of even the most formidable regiments.

Guardian
Heralds of peace, Guardians bolster their allies with miraculous healing, protective sanctification, and unfaltering conviction. More than simple medics, these agents of mercy lend their spiritual aid to virtuous Crusaders and Diviners while humbling those who abdicate from the light. Still, they mourn those who have lost the path and grant what peace they can to the fallen. Guardians understand that patience is key when guiding the ignorant, and are willing to repeatedly rehabilitate those lured by Hell's deceit.

Zealot
Devotees of misery and Hell's foremost strategists, Zealot's are notorious for their proficiency in matters of life and death. Regularly found on the front lines alongside Reavers, they place potent wards that offer protection to the forces of Hell or destruction for any servants of Heaven that stumbles upon them. Pragmatic in all things, Zealots are far more willing than their comrades to consider a plan of action where murder isn't the first and only step. After all, why would they want to limit their options for spreading chaos, corruption, and madness throughout Limbo?

Somewhere between the harp-strewn clouds and the great gnashing of teeth is the conflict between Heaven and Hell and both sides seeking the domination of the Seven Deadly Sins. While the war they wage is endless, the individual battles in Limbo can be defining moments and can echo on into eternity for their combatants.

There are many versions of Limbo throughout time and space, all tied to a version of reality and offering an unlimited supply of fresh battlefields for the unrelenting clash of the celestial forces. Fighting with an army of mortal souls for glory in a land neither here nor there, Heaven and Hell must make the convenient sacrifice to control the Deadly Sins: perhaps bringing some aspect of our existence that much closer to Apocalypse.

Each reality of Limbo is made up of the neutral areas of Purgatory and the Seven Deadly Sins. Each sin is represented by a territory: Avarice Canyons (Greed), Fields of Hunger (Gluttony), Shadow Delta (Sloth), Ascedia Peaks (Pride), Garden of Ardor (Lust), Penitent Waste (Wrath) and Misfortune Woods (Envy).

Each day, two of these sinful cookie jars open for contention. Throughout that day the armies of both sides are free to do battle within the open territory, gaining influence and exerting their will. Each territory holds a major control point as well as an assortment of minor control points which embody the zone’s ruling Sin. Each side has a chance to gain a foothold through an increase in scoring for every moment a control point is held and for every opponent defeated. Victory comes at the end of the conflict when the control points are dormant again; the winning side takes control of that Sin. The losing side has only to move on to the next fight, and another Sin up for grabs, allowing you the opportunity to do unto others more than they just done unto you.

While a player can fully enjoy and compete in Faxion Online for free, UTV offers the option of purchasing items, time, and convenience through the TrueCoins shop. This is purely optional, though, and they are not forcing sales of items through mechanics that penalize players. Players who do spend money are not only supporting UTV True Games but also future Faxion Online development.