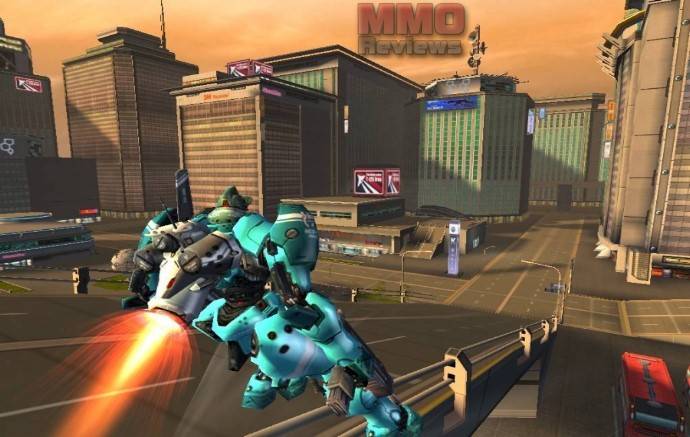 Developed by NCSoft for Windows.

Exteel is an online 3rd person shooter where players take giant customized mechs into combat to compete for supremacy against other players.

The game features easily accessible gameplay and a blend of high-speed tactics and team-based strategy. The mechs are highly customizable, and can select from a large arsenal of deadly weapons. Mechs can also select special maneuvers that allow them to deliver devastating attack combinations inspired by the wildest Hong Kong cinema action.

NCcoin™ is NCsoft’s new micropayment transaction system that will allow Exteel players to spend real-world money for specific items in the game. Specifically, the player can purchase NCcoin on NCSoft webpage, and then use NCcoin in Exteel to acquire new Mechanaught equipment, weapons, and special accessories. For every dollar ($1 US) spent you will receive one hundred (100) NCcoin for use in Exteel.

There are three classes of mechanaught to choose from in the game:

Most matches center around specified markers in the battlefield map called "aerogates". These are points of occupation that must be defended against for a positive outcome. An invading player merely steps onto one to begin a capture process which will take several seconds. (Multiple allied players standing on an aerogate will raise the rate of capture.)

Around most aerogates will also be a small number (usually 1 - 2) of healing pads which will restore the health points (HP) of a player's mechanaught. However, healing pads have both a limited time of use for the allied side, and need time to restore themselves before they can be used again. Enemy players cannot utilize allied healing pads unless they capture the associated aerogate first.

Also called "LS", players are lumped into one team (which can go up to 8), and they fight together to destroy large numbers of computer-controlled drone mechanaughts. The drones appear in large groups at one location near the allied aerogates. The allies' objective is to defend the aerogates against these assaults. If one aerogate is captured by the drones, the game will end early in a defeat.