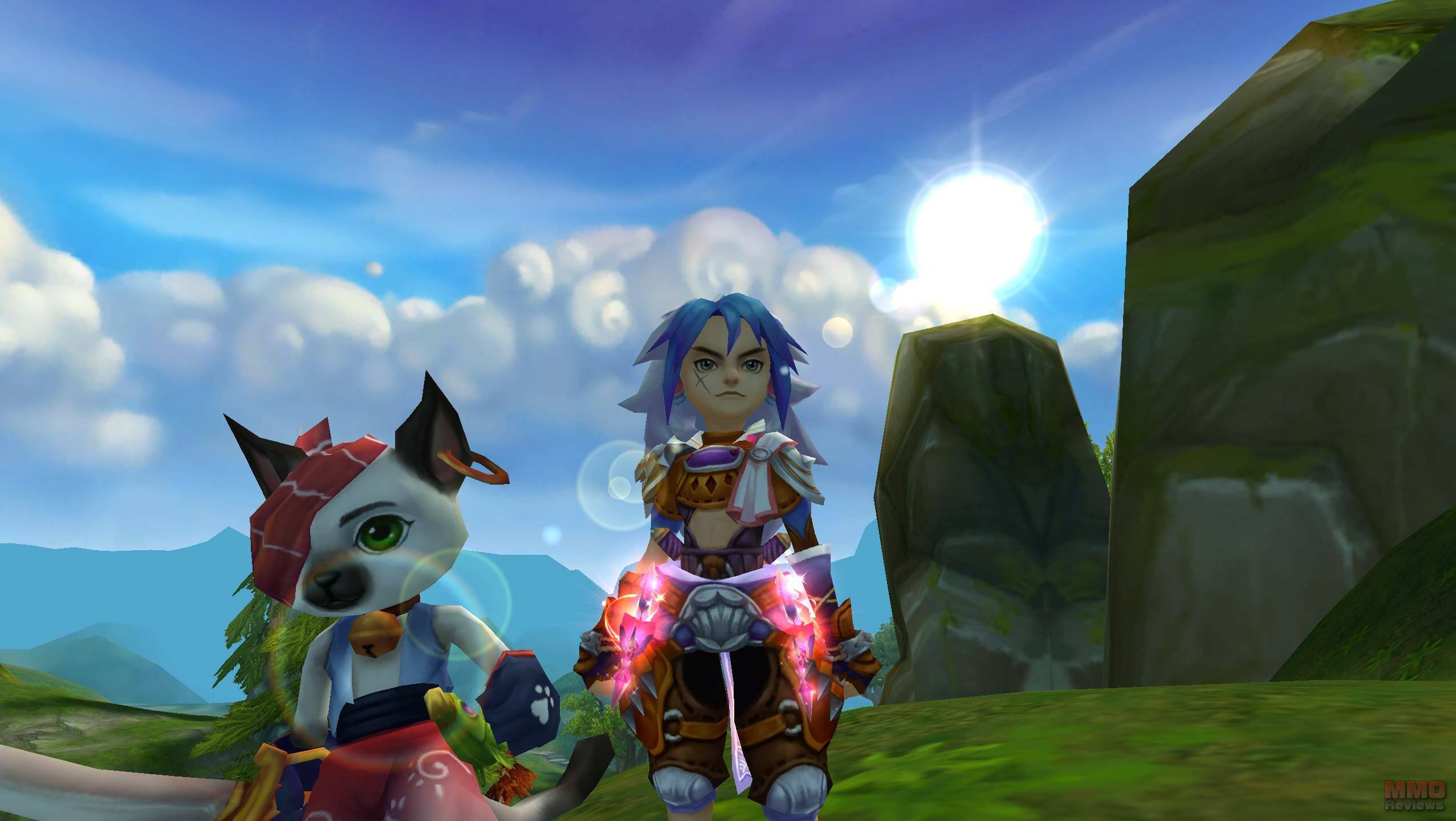 Ether Saga Odyssey is a free-to-play 3D fantasy MMORPG with anime cartoon styled graphics set in a world filled with adventure. Players will set off for distant lands, battle fearsome enemies and help to prevent the world’s destruction. It features a slew of unique features and systems that make the game truly one of a kind. Once inside the game world, players can earn and spend money to upgrade a large variety of items to enhance their game play experience.

It is the Golden Age of the Middle Kingdom reigned by philosopher kings, a period of great prosperity and cultural advancements. Unfortunately, to the dislike of Heaven, people become more and more lethargic and arrogant, quickly forgetting the sacred customs and traditions of the ancients. Nuwa, Queen of Heaven concerned with the happenings on earth, decrees a celestial banquet to be held for all the gods of Heaven, their various ministers and servants, and a select group of mortals. The event begins peacefully but soon calamity strikes.

Due to a chain of unfortunate incidents, the Divine Peach-Wine Chalice, Nuwa’s most cherished possession, is accidentally dropped, shattering it into thousands of pieces; all which immediately fall to the mortal realm below. During this commotion, the Treasure of Heaven, a sacred ark infused with special magical seals to prevent any evil, suddenly disappears without a trace. A state of emergency is declared within the Heavenly realms. Calamity, chaos, and accusations of corruption ensue.

An expedition led by a monk is sent to the Western Lands to seek the knowledge, wisdom, and blessings required to calm and purify the Heavens once again. Strong and virtuous warriors of the Earth's races are to accompany and protect their leader.

Ether Saga: Odyssey has 4 races to select from, each with 2 classes. When creating a character, players will first choose their class, which then will determine their race.

Mogui - Belonging to a demon race, the Mogui have distinctive horns and were hidden away from the mortal realm long ago by those fearing their power. Eventually, they broke free from their confinement and were unleashed upon the world once more.

Yaoh - The Yaoh were once animals but through advanced spiritual cultivation they were acknowledged by Heaven and granted acceptance as powerful and worthy of respect. Their goal is to find the Sacred Ark. Without this vessel the sacred knowledge cannot be brought to the Middle Kingdom.

Shenzu - The individuals of these celestial Demigod race keep mostly to themselves focusing on spiritual cultivation and reaching higher levels of consciousness. They have been instructed to capture a certain pig demon actually being the reincarnation of a powerful general. Known for their fair looks, and creative hairstyles, they are appreciated for being rather attractive.

Ren - The Ren are the archetypal human race running most of the major cities. They have advanced technology, societies and political systems, as well as a great influence. It’s their task to collect fragments of the Divine Chalice which were scattered about the world.

Ether Saga Odyssey features 8 playable classes players may select from, each with unique abilities and the possibility to specialise into advanced subclasses.

Pets play an important role during the adventures in Ether Saga as they assist in fights, defend and even heal their character. Players are also able to fuse with a pet, which results in their pet taking half of the incoming damage while summoning your pet will bring it out to help you in combat. In addition, certain pets give different bonuses when fusing with them. Characters can simultaneously have one pet summoned and one pet fused.

The game world is divided into PvE and a PvP realms; player killing is only possible in PvP realms and outside of towns which are safe zones. Until reaching a character level of 45, new players can’t take part in PvP and are unable to be attacked by others.

There’s also a penalty system incorporated letting players gain infamy from killing others. The lower your victim's level is, the more infamy you will receive. When being killed in PvP, players will drop items but they won’t when being killed by monsters.

Moreover, there’s a special realm for territory wars where all players can engage in PvP regardless of level; there are no penalties for PK. This feature sees alliances fight for the control over territories granting special benefits and rewards.