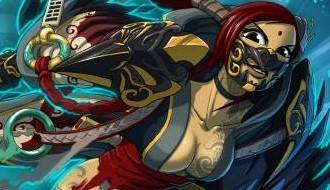 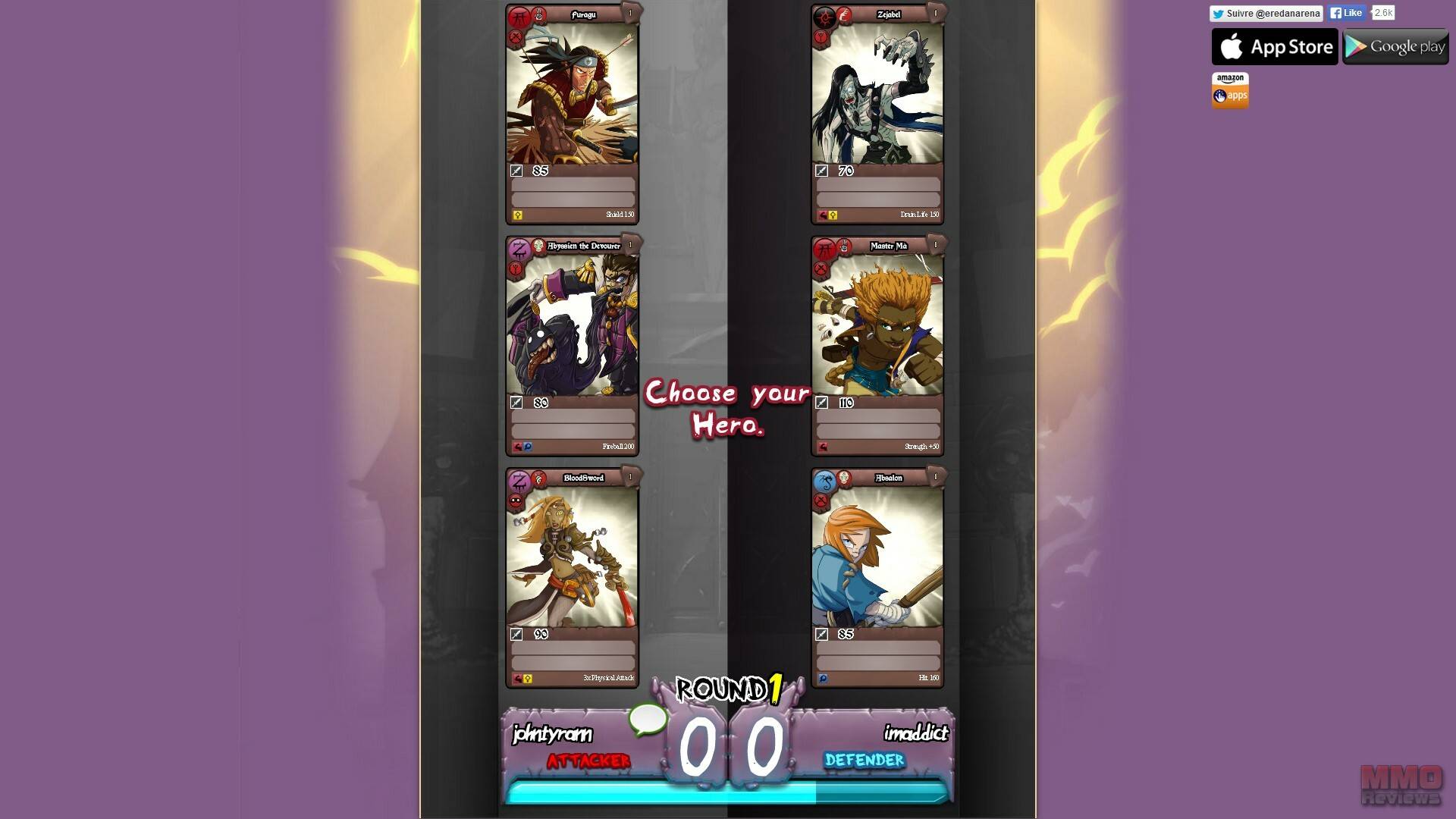 Eredan Arena is a free-to-play browser-based Trading Card Game in which you can fight against other players using chosen heroes and fight against each other in a best of 5 rounds. Use the different skills of your heroes to execute special attacks, which will be activated if you get certain combinations whrn you roll the dices.

The heroes of Eredan's nine guilds have disappeared, kidnapped by the evil Amnezy in their quest for revenge. Amnezy has brought them to her own arena in which the members of the different guilds will be forced to fight alongside their enemies and against their own companions for her entertainment.

In the game you have to choose a team of 5 heroes, selected from those that they have unlocked through playing the game. Unlike other card games each hero will fight alone, so unlike other TCGs there is no real deck building involved trying to pair up ideal cards that work well together.

The game will randomly determine who pulls their hero first, which is then taken in turns in following rounds, meaning that if your opponent calls their hero first then you are able to put up a hero you think might have a good chance of beating them.

When each hero is on the battlefield, players will launch 6 dices with 4 icons (Grey Attack, Yellow Symbol, Blue Fireball and Red Strength), which will be done three times giving a random result every roll. Each time players can lock down the dice they wish to keep in order to try and build up the required symbols to unleash their heroes’ special ability (which in some instances can be performed multiple times). Players can also choose to stay with the results of basic attacks instead of activate abilities.

Once players have has locked in all six dice, or the dice have been rolled three times, the attacks are then made, first by activating the special abilities, which can enhance their attacks or weakening the enemy attacks, and then attacking with basic attacks with each locked Grey Attack.

Each hero will fight in a 1 vs. 1 duel, and the player who wins more rounds is the winner (if a player gets 3 straight wins the match is won). During fights players can send emotes to his opponent.

Attack value - This value, represented with a sword, shows the damage dealt with each basic attack.

Skills - The Skills are unique for each hero, and to activate them you need a combination of dice icons (Yellow Symbol, Blue Fireball and Red Strength). These skills have various effects, as increasing your attack value, debuffing your enemies’ attacks or simply launching an especially powerful attack.

The higher the rank of the card the more powerful these attacks become, and as often as not the more difficult they are to pull off. Each card has three gem slots that must be filled in order to level up the hero card.

At the end of the game the players get to choose a reward from six treasure chests which can contain a random reward of Red Gems, used for purchasing some heroes in the in-game store, booster packs or even hero cards themselves. If a player receives a card they have already acquired then they can either sell that card for Red Gems or use it to add a green gem to their Hero card to try and level it up.

The game uses in game Red Gems for the free currency that is unlocked through gameplay and can be used to buy some lower grade heroes. However, Crystals are the premium currency that must be purchased. With Crystals players can purchase better heroes from the store or use them to unlock multiple chests after playing in a match.