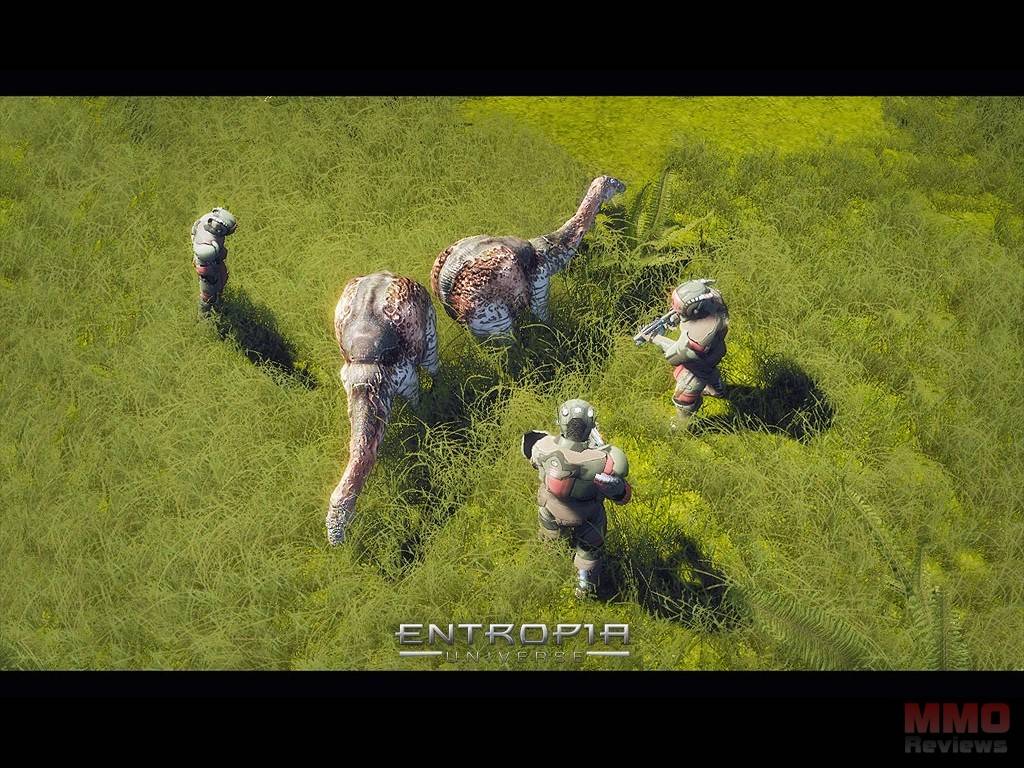 In Entropia Universe, players embark on an exciting new adventure in a sci-fi universe where they will begin their life as a new colonist on the distant planet of Calypso, where they must fend for themselves by hunting, mining and exploring this brave new world. This huge sandbox universe has been designed using CryEngine2, creating a breath-taking game with stunning landscapes and detailed character models to create an immersive environment.

Whilst the game has its own lore elements, background story to the various planets, RPG elements with various quests and missions and the option for detailed character models, the game essentially is a social type MMO where players can directly affect the in-game economy where players play to make money both in game and out of game.

This intriguing feature revolves around the fact that everything in the game has a price. Whether something as simple as weapon and ammo and crafting material components to as large as a house or a spaceship, every item in the game has a value using in-game PED (Project Entropia Dollars) currency. Players can directly effects how much items are worth by how they manage the market, buying and selling items at different prices will affect the overall Market Value of an item meaning it can be worth more or less at different times.

More important is that PED has a real cash equivalent, where 10 PED equates to around 1 US dollar (with market fluctuations) and players are actually able to convert their in-game PED to real money as well as spending real money to purchase PED for buying items in the game. Whilst more players potentially spend money rather than they make, there is still the potential for making big business in the game, which numerous players have managed to do.

Players can gather resources through harvesting and hunting animals or mining energy and ore, the two primary ways of making money and getting ahead start in the game. When players first start the game, they must harvest animal sweat, something that can take time and in general can yield around 5 PED an hour depending on their success. They then can work up to purchasing weapons and ammo for hunting or extractors and mineral probes for mining, all of which costs currency and all of which will typically have either a finite number of uses (meaning players must purchase more once they have been used up) or item degradation and using the item will decrease its quality (and will either destroy if a Limited item, or can be repaired if an Unlimited item).

There are thousands of items within the game that players can craft using blueprints. These blueprints follow the same Limited and Unlimited system, where in some cases players can only use a blueprint a certain amount of times before it is used up, whereas others can be used indefinitely. Blueprints allow players to create components from base resources as well as more detailed and intricate items from a variety of components such as weapons, armour and vehicles. Items can be used for personal use or sold to players and traded at Auction.

Players have the option of fighting against each other in PVP; the mainstay of this type of combat is in open non-lootable PVP zones that are scattered around the various planets. In the case a player dies, they simply respawn at a respawn location. In a Lootable zone, players can have any stacked items in their possession looted by the player that kills them, including valuable resources that can be harvested from these Lootable PvP zones. Players are warned before entering this type of zone, for once they are inside their radar is shut off so they cannot see the location of other players and threats.