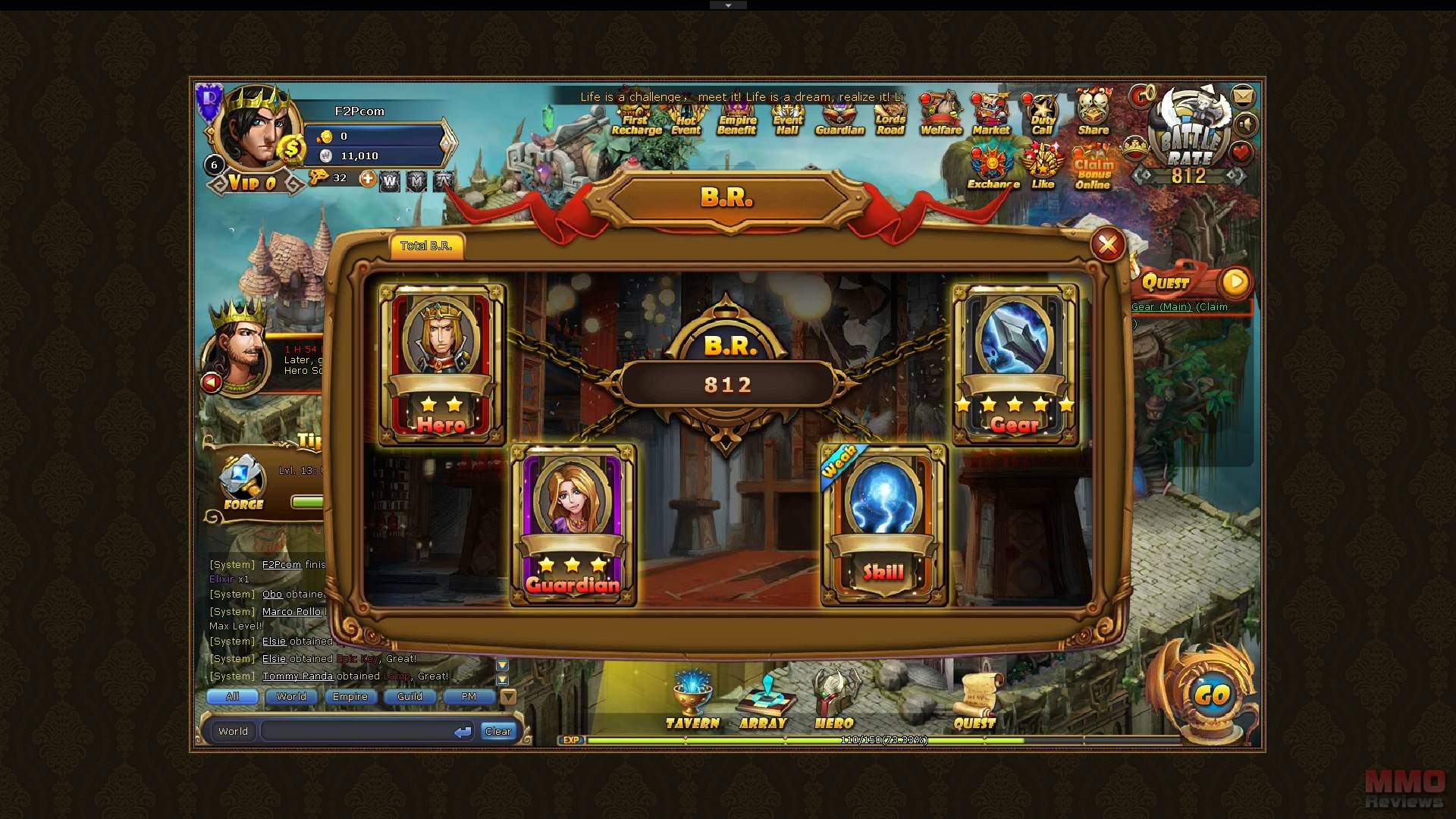 The drums of war sound and your mighty Empire marches to the beat, a campaign of conquest through ancient times as you will help lead your nation to victory against some of the bravest, dangerous and most skilled leaders and generals the world has ever offered. In this free to play browser game players will be able to assemble their own army led by Heroic generals, battle through a main story driven campaign and fight through multiple PVP and PVE driven events. The game Empire: Revenant doesn’t require any sort of client download to play and can be accessed through your preferred web browser.

- Play as one of three ancient Empires: Rome, Greece or Persia
- Recruit Heroes into your army to lead your forces
- Train and equip them for battle
- Battle through a long PVE campaign
- Compete with other players in the Arena
- Browser game
- Completely free to play

Empire: Revenant is a game about building your team of Heroes and keeping them upgraded to create a powerful team, represented by your Battle Rank (BR) which is the cumulative total of your heroes, upgrades, gear and more. Players will go up against various PVE events fighting against ancient heroes like Achilles and Leonidas or powerful leaders such as Xerxes and Caesar, alternatively they can fight against each other in the Arena battle mode pitting their own teams against each other.

Combat in the game is automated, outside of assembling, upgrading and tactically choosing your Heroes, players play no active role in battles and the game fights itself out with Heroes performing their own skills, usually attacking whatever enemy Hero is positioned directly in front of them.

Heroes are the leaders of your own army, players will acquire a variety of Heroes in all shapes and sizes with different stats and abilities, ranging from offensive Heroes, defensive, casters, melee and more. Each Hero commands a number of troops, which is directly proportionate to their own health pool, in battle once their troops are defeated then they are out of the rest of the battle.

Heroes can be “Trained” to increase their stats, mainly their defense and attack, but also other factors such as their crit rating and also their different skills. Each Hero also has six gear slots to equip accessories, weapons and armor, that will increase a Heroes personal BR and in turn increase the teams overall BR.

When entering battle Heroes are put into a formation on a 3x3 grid known as an Array, starting at level 1 players only have 1 unlocked slot and so can only take one Hero/unit into battle, as they level up they unlock more slots and are then able to fill them up with Heroes based off their personal preferred strategy. Often players will put those characters with the highest defense score on the front row of the Array, as attackers generally attack the first adjacent enemy unit to them, leaving more powerful (but squishier) attacker Heroes for the back.

However, many Heroes have special skills that will trigger automatically in battle, some of these allow them to target different or multiple points on the enemy Array, such as an entire column of heroes, or the whole of the front row. Depending on where your enemies team are positioned in their Array determines the best strategy for players to put theirs.

There are multiple events unlocked in the game as players level up, meaning there is always a new event to try as you progress through the game. Events can revolve around PVE and fighting various boss style enemies, or games of chance rolling a dice and moving your character around a game board. PVP events also exist, in faction battles or one on one duels in the Arena where players can take their Array of soldiers and challenge other players in the hopes of defeating them, earning points, gaining rank, and ultimately acquiring rewards for their efforts that will make them even more powerful!