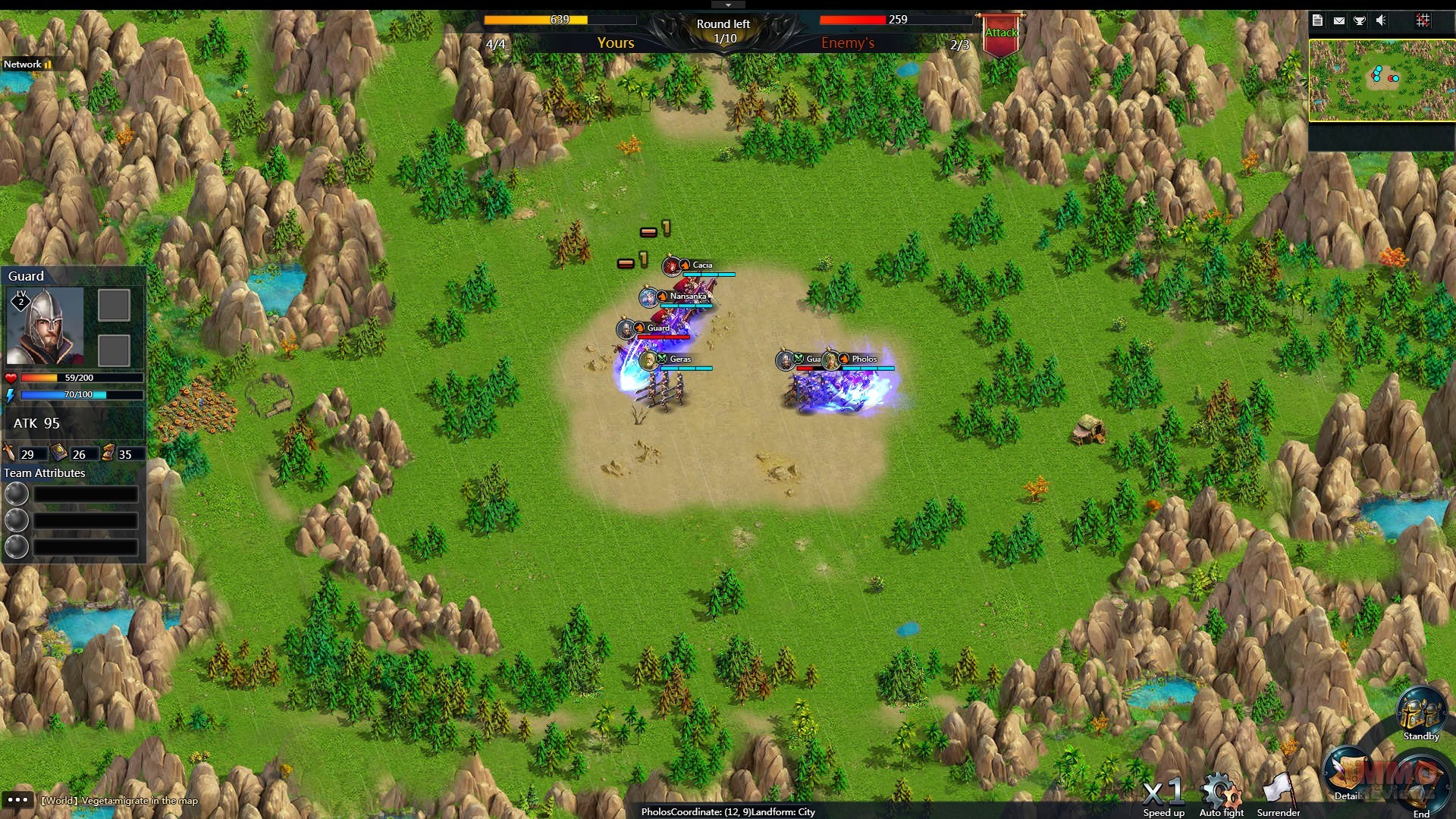 A turn based combat strategy with RPG elements, in Elysian War players command an army tasked with fighting the Gods Cronos and Hades who are trying to bring chaos to the realm. Accessible directly through web browsers and free to play, the game provides a variety of features that players will unlock as they level up including various PVE and PVP events.

One of the first Titans, Cronus, has forged an alliance with his son Hades, master of the underworld, to bring chaos to the fields of Elysian. Opposed by Chronos’ other son, Zeus, the King of the Gods of Olympus has summoned mortals to aid in Chronos’ defeat. Tasked with summoning forth great Generals from the titans, deities and heroes, these mortals must reclaim Elysian and protect it at all costs.

The core of the game revolves around players building up powerful armies by summoning Generals and leading them into strategic turn based battles. There are numerous combat focused features ranging from a story PVE Campaign to a PVP territory battle. Players must manage their own City, constructing buildings and upgrading them for various resources to help improve their Generals abilities on the battlefield.

Using the Summoning portal the available Pantheon of Generals can be summoned into a player’s army. Generals are acquired randomly and of a random quality, however, by using different types of Summon, players can increase the chance of getting a higher rarity General. The rarities are green “seasoned”, blue “fierce”, purple “legendary” and gold “supreme”. Standard Primary summons bring lower tier Generals and costs Drachmas (earned game currency), Superior summons bring mid-tier Generals bust require a specific item, Elite summons have a chance at bringing Legendary and Supreme Generals, but cost premium currency.

Once summoned and part of the player’s army each individual General can be levelled up using different resources and materials. These materials can be earned through the Market or by completing different events in the game. As Generals are improved and levelled up they can increase their rarity, but also gain additional stat boosts and extra abilities.

Battles take place on a hexagonal-tiled map with each General having their own unit, and each unit taking up one hexagon on the map. On the players turn they can move all their pieces around the battlefield, positioning them defensively, tactically or to engage opponents and make attacks. Attacks can be standard attacks against a single unit, or a powered attack against a single unit or area, both of which use up a portion of a General’s energy. Area attacks effect a pattern of tiles, such as a mounted unit’s Charge attack passing through three hexes in a line and attacking all enemies occupying them. The maps have various terrain blocking features, and so with this, the movement, and area attacks, positioning is critical as part of a player’s strategy in combat.

Players each control their city and can construct and position different buildings that grant different benefits. Some buildings continually produce a resource, for example Dwellings give a source of Drachmas, Mines give ores, and Barracks give Troops, which are consumed with each battle. Players can upgrade their buildings to improve their output. Other buildings give access to new features, or elements to the game, such as Markets allow players to purchase materials, or the Garrison is needed to arrange defensive troops when engaging in PVP.

Elysian War is free and uses a “Recharge” business model where players spend cash to acquire Diamonds premium currency. Recharges increase a players VIP status, the more Recharges they purchase the higher their VIP level goes, granting more powerful VIP bonuses. Diamonds acquired through Recharging can be spent to try and summon more powerful Generals, speed up production and construction, refresh timers and events, and more. Whilst Diamonds are a premium currency they can also be earned in game through various features and events.