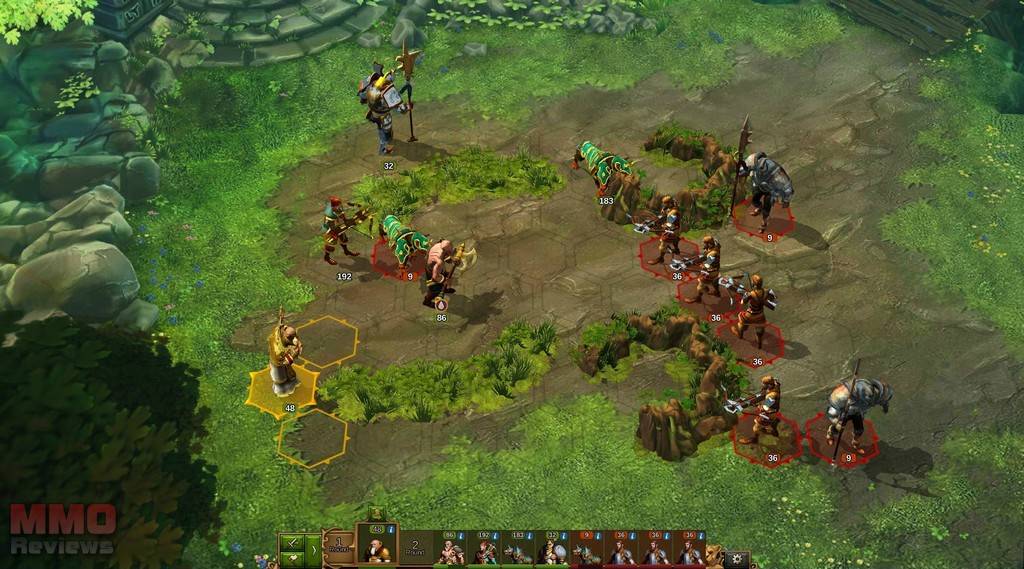 In Elvenar players are responsible for establishing their own village, playing as either the Human or Elven race, they must acquire and manage their resources to build a prosperous settlement for their people and train an army with which to defend it. With strong elements of city building and tactical turn-based combat this free to play game offers a hands-on approach to battle that sets it apart from many other games in the genre. Players do not need to download a client to play the game as it can be accessed directly through their preferred web browser.

Elvenar’s primary gameplay revolves around city/base building mechanics and resource acquisition and management to build up a working village, exploring a tech tree and ultimately expanding their land (the competitive Ranked aspects of the game focuses on the culture and populous of a village to determine who the top players are).

The game also focuses on a more hands-on combat system shying away from the more automated battle mechanics seen in other MMO’s of this nature, in Elvenar players will directly control their units in battle, choosing where they move, when they attack and what strategy to employ to find victory.

Players begin with an open plot of land where their Town Hall has already been constructed and from which they must raise a settlement to house their people. Constructing new buildings requires both resources and time, construction can take anything from seconds, minutes to even hours, though can be sped up by acquiring and spending premium Diamond currency.

Buildings serve a number of different purposes, everything from increasing population (that leads to gaining gold resources from villagers), workshops to create food and tools, barracks to train up new units for combat, culture buildings to increase the villagers’ happiness and much more.

Each faction has access to 5 different units that are unlocked at various stages throughout the tech tree, whilst the factions have different units many of them follow similar base roles such as the Human Axe Barbarian and the Elven Sword Dancer being the primary melee troop, whereas the Elven Sorceress uses powerful ranged magic to reduce enemy damage the Human Priest focuses on using his divine abilities to lower an enemy’s defences.

Each unit as well as having its own style of combat and attacks will also have its own movement range when manoeuvring around the hex based combat maps, units can be moved and positioned to block access to their weaker units, take cover behind terrain features and use all manner of strategy to outflank and outsmart their opponent. Currently the game does not feature a PVP element and instead focuses primarily on combat against AI opponents.

Knowledge is power and by advancing through the tech tree players will gain access to new features, units, buildings and other means by which to improve their village. The tech tree itself is a long branching list of available technologies were players must determine their own preferred route, choosing the elements that are most important to their settlement and picking up prerequisite technologies to reach them. Players must earn and spend Knowledge Points to acquire their new technology, which can be done in various ways.

The world map is broken down into various locations/provinces that can be uncovered by spending gold to send out a Scout. Each province has eight relics that players can try to acquire, either through peaceful negotiation (costs gold) or through force and by fighting the defending inhabitants. With each relic acquired from a province players will gain a Knowledge Point to spend towards the technology tree and, once all eight relics in a province have been uncovered, the player may settle the area to expand their buildable land within their village.