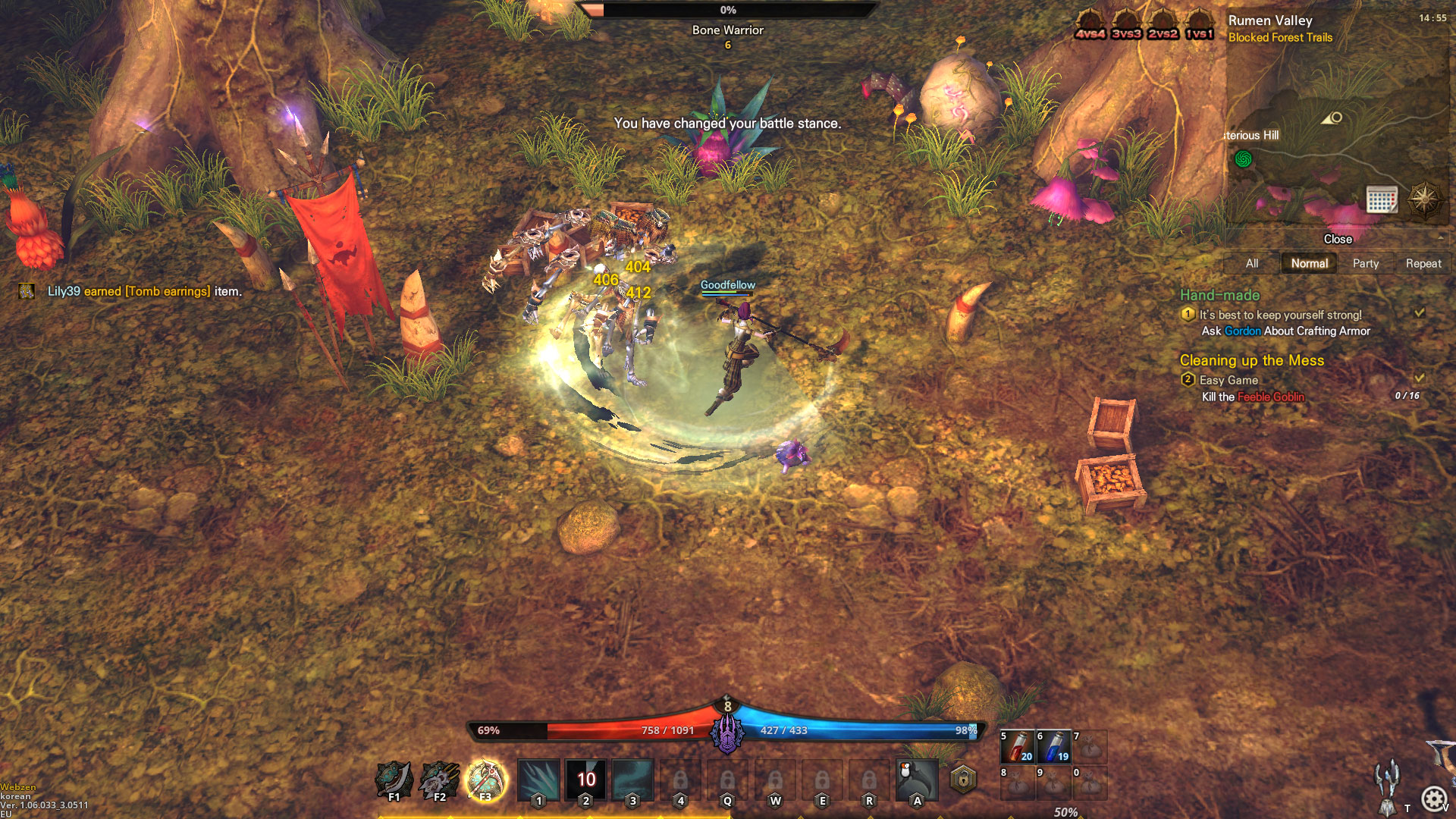 An exciting fantasy themed MMORPG with traditional theme-park quest content and numerous features, Elite Lord of Alliance allows players to step into the shoes of rising soldiers of the Alliance and future Elite Lords themselves. With numerous classes, races and an extensive quest based progression that will lead players into dangerous and challenging locations, this free to play game is packed with gameplay to be discovered and enjoyed.

The Titan Clan Invasion has been unleashed on the continent of Epheia and the united alliance of the lands races have come together to put an end to this destructive war that threatens both the continents people and the corrupting powers on the land itself. In the midst of the rank and file of soldiers a number of warriors will awaken their true power and discover themselves to be Elite Lords who will turn the tide of war.

Elite Lord of Alliance takes its cues from many other traditional MMORPGs in terms of its core features, with PVP, dungeons, PVP battlegrounds, gear, pets and a variety of other mechanics the game is a fairly complete title. Focusing on a quest driven progression where players will discover the truth about their own existence as well as the overlying story-arc of the events taking place on Epheia, players will gain XP, level up and gain new abilities for their class to make them more formidable in combat.

The five available classes in the game are:

The Psychic – a master of manipulation they can bolster their allies to get the best out of them in battle, and hinder opponents making them feebler in battle

The Assassins Warrior – a fearsome melee warrior that uses their agility and high speeds to dash into battle, make critical strikes, then evade their opponents’ retaliation

The alliance itself is comprised of 4 races: Naru, Kartu, Liru and Sapien, each with their own rich history on the continent, players get to choose their race and the class they wish to play, as well as a male or female character. Naru/Assassin Warriors are the exception, the female Naru Assassin warrior is the only locked gender-race-class combination in the game.

Players have the ability to breed and train their own pets, taking them initially as eggs, which can be bought, looted or earned via quests, and can be traded with other players, once a player hatches an egg to get their pet it is bound to them alone. Pets come in a variety of shapes and sizes, typically small variations of many of the creatures and monsters met out in the wild, these Pets have their own boost that they use on the player if they are summoned as well as some pets being mountable to ride around the world, with only one pet being summoned at a time. Pets are levelled up and increase their abilities and at max level can be combined with each other to create new pets.

The game is heavily PVE focused with quests and dungeons, but those players who like PVP can explore the Blood Battlefield to fight in 1v1, 2v2, 3v3 and 4v4 battles or alternatively take on the Honor Battlefield for a MOBA style matchup where players can still use their class and skills.