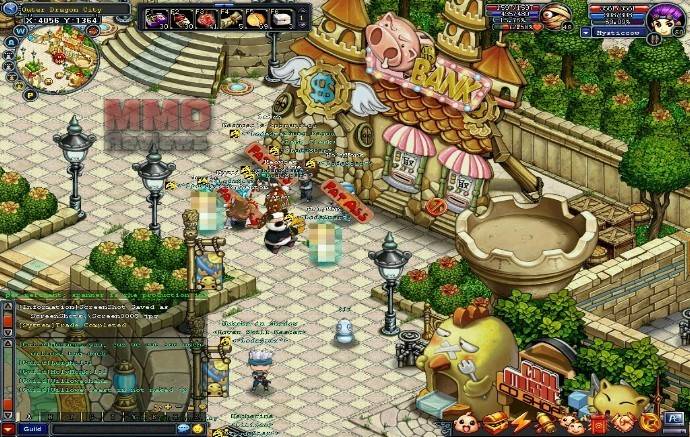 Developed by Happymmo Inc. for Windows.

Elf Online is a 2D Fantasy MMORPG with a random encounter style combat system familiar to most console RPG gamers. Players start as novices but can change into one of four jobs at level 10 then again at level 40. Each player controls their character and a pet during action time battle (ATB) random encounters.

“There is nothing you can’t do” is the slogan of the Elf Online. Spurning the traditional gaming style, Elf Online creates a free and player-oriented in gaming environment enabling players to make their unique weapons and equipments specially designed for them.

Themed by the confrontation of the Imaginary force and the Evil Darkness force in the Dream Land world, the Elf Online provides a tricksy and relaxed game style with a creative and player-oriented gaming system. This game has epic quests, the ability to raise pets, all kinds of strange equipment, medal exchange system and a prank system.


This game has abandoned those animals symbolizing power, such as deity bird and holy beast. Instead, a lot of amusing pets have been adopted in this game. For example, the Ringu in “The Ring”, Cockroach in “Flirting Scholar”. ---- Even the toilet can be treated as a pet. In this ridiculous world, different kinds of funny and excellent BT pets are the real leading roles.


The philosophy of “Happiness stems from pipe dream” pervades the whole game. What you will meet in the game are various eccentric quests and the gibberish dialogues. You never know what you will encounter, “Hit the devil and rescue the princess” or “Hit the princess and rescue the devil” ～Sorry, you are in my world, what you can do is enjoying it!


“Boxing Gloves” “Pricy bracelet” “Sword for bear”, etc, such funny names of BT equipments are hard to count in the game. Meanwhile, the effect after changing equipments will embody in the role itself. You can wear the vest, slipper to kill BOSS, or to date in sand beach pants、Chinese tunic suit. —— “I can, possibility is unlimited! ”


The trashes seem useless to some players can be treasures to those ELF NPCs. As long as you possess these trashes, they are willing to exchange with precious Honorary Medal! Then the players can exchange the medal for those best quality equipments they dream of! No wonder it’s said that picking up garbage in “Dreamland” can also make money!

What can you do if you wear shabby and no handsome boys or pretty girls willing to talk with you? What can you do if you are chased crazily by a monster but only keep some pedlary on hand? What dare you do to the person who not to your liking but hard to deal with? Don’t worry, don’t worry, the BT production system will solve those problems for you: Those nonesuch properties like elf-made gold bed gown emerald toilet brush smile corpse powder, etc will help you court girls beat monster or homicide —— The jocose production system will make you immersed in such an enjoyment.


You can not foresee that you were to hand on the task satisfactorily for the nonesuch equipments when suffered a coma. When you waked up, you found the time is past and the task is failed. 555555, only suffering and no revenge make no gentleman! Let’s begin our BT revenge journey—— poison coma liquid medicine release thundering to hurt others make fun of the lascivious…… Do what you would like to do, the intangible trick system will keep tricking to the end!