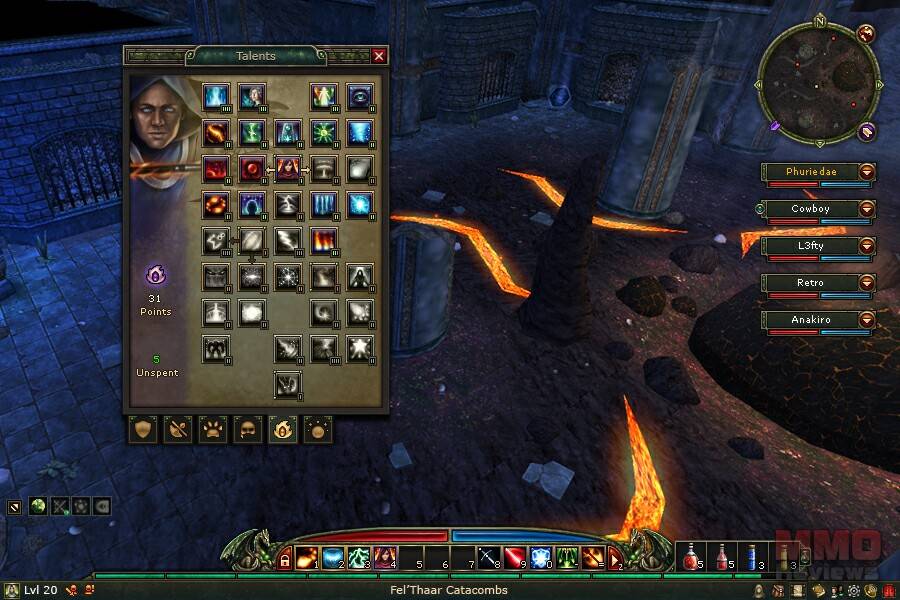 Eldevin is a 3D free-to-play browser-based MMORPG featuring a massive world to explore, hundreds of creatures to fight, a competitive PvP combat system, and intricate trade skill system. Fully playable in any modern web browser via a Java applet, this story-driven game has strong elements of both PvE and PvP adventuring.

Eldevin Kingdom has been a green and peaceful land until ten years ago the Elemental Spheres were discovered and everything changed. Once thought to be mere legend, these powerful magical artefacts had an immediate affect on the kingdom, plunging it into confusion and chaos. It was decreed that the Spheres be scattered to the corners of the world but their presence corrupted the champions protecting them. Now Tristan, Emperor of the Infernal Empire, has set his sights on conquering the Spheres; only the Kingdom of Eldevin stands in his way.

Players will assume the role of a member of the Lost Legion that has been stuck in the endless void for years. Finally, they caught sight of a portal home where so much has been lost and forgotten and the land is in need of heroes…

The game provides an overarching story leading players through the different realms but there’s no requirement to follow it. You can spend your time crafting or looting items, engaging in PvP or exploring the many dungeons and areas. There are many non-story quests, too.

In Eldevin, there aren’t any classes or archetypes players will be restricted to. Instead, they will be free to pick and choose what skills and abilities they wish to learn and improve and on which talents and attributes they want to spend their amount of points. The game currently features more than 100 abilities as well as 6 talent trees based on the most common types of combat: Warriors and Templars focus on melee combat while Rangers and Assassins focus on ranged combat. Finally, Prophets and Mages specialise in spell casting. Moreover, there are many professions, ranging from farming and mining to tailoring and weapon forging.

By killing creatures and accomplishing quests, you will gain experience points in order to reach the experience threshold of each level and to level up. Gaining a level will grant attribute and talent points to spend.

When advancing in the game, players will come into contact with a number of non-playable factions. By completing tasks for them, they will be able to gain or lose reputation, which can have effects on the way NPCs will interact with them.
Regarding PvP, Eldevin features both an arena as well as battlegrounds that will initially be purely for fun. However, there are plans to include tournaments with in-game prizes and a comprehensive ranking system.

Weapons and armour have stats based on who's most likely to use them. So staffs, for example, carry more magic-related stats than a dagger while a full plate piece of armour generally carries more melee and defensive stats than a robe.

Due to the having two melee/shield inventory slots (right & left hand) and a ranged slot, players can equip two one-handed weapons, even of different types, at a time plus one ranged weapon. So you could equip a weapon possessing melee stats and another with healing stats to help out your assassin who's also handy with some healing spells. In contrast, two-handed weapons, which carry significantly more stat bonuses, can only be equipped one at a time. Currently, it’s also possible to manually switch weapons and armour while in combat. When doing so, the players’ stats automatically adjust to the new item they have equipped.

The game supports a friends list and you can create groups to complete harder quests and dungeons as well. There’s also a system for creating and running guilds. In addition, players will be able to let their Facebook friends and Twitter followers know their progress by posting their achievements directly from the game.