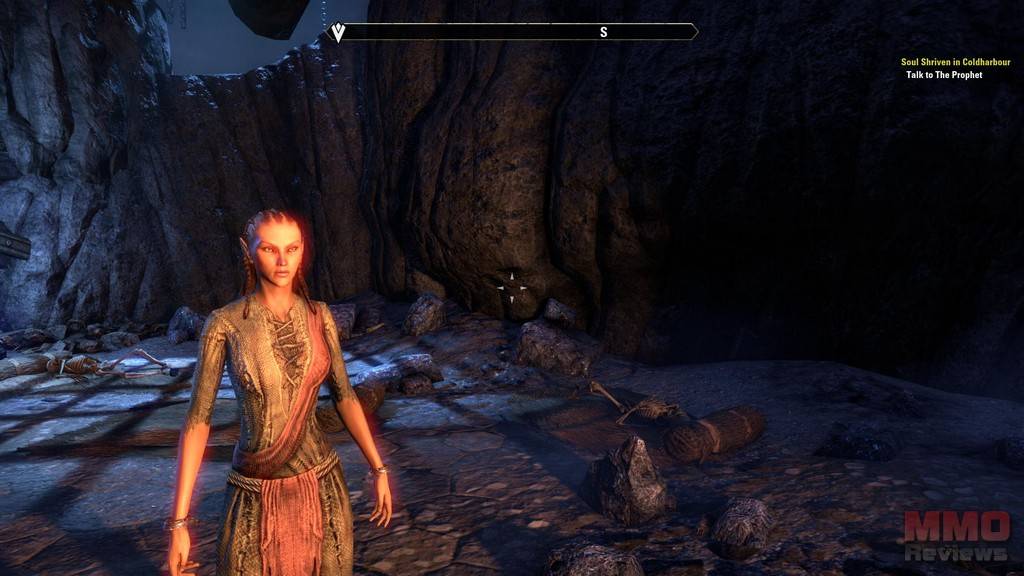 The Elder Scrolls Online is a fantasy based MMORPG based off the popular franchise of the same name, in the game players are once more transported to the continent of Tamriel in a time of strife and chaos. The game is a fully voiced feature rich game that can now be played without subscription after the initial purchase of the game gives players full access to the game content as well as offering a Premier status for extra XP boosts to subscribing players.

The Daedric Prince of domination and enslavement, Molag Bal, has begun his plans to take over the lands of Nirn, hoping to merge its world with the plane of Oblivion by weakening the barrier that keeps them separate by using his powerful Dark Anchors. To oppose the Prince's plans three unlikely Alliances have risen to battle these dark forces as well as a challenge each other as contenders for the White-Gold Tower of the Imperial City that has fallen under the control of Molag Bal's supporters.

Within the game players can choose from three primary alliances/factions, each of which will determine the available races and subsequent classes that are available:

Daggerfall Covenant - made up of the diplomatic magic wielding Bretons, fierce soldier Orcs and warriors of the Redguard, the three races from northwest Tamriel have been United under High King Emeric

Ebonheart Pact - the most unlikely of the three alliances given the history between the races that make its number, the conquering Nords and the Dark Elves have a history of conflict that dates back to the generations, though nothing in comparison to the thousands of years that the Dark Elves enslaved the Argonians; the third Allied race

Aldmeri Dominion - whilst no official Alliance had ever been forged by the neighbouring races of Wood elves, High elves and feline Khajiit, a peace between the three have long existed that made them natural allies in the hopes of saving Tamriel

There are four primary classes available in the game, each are extremely customisable with a variety of skills and three different unique areas that can be increased to give access to new powers as well as making known powers more powerful. The four classes are Dragonknight, Nightblade, Sorcerer and Templar; the Dragonknight being a more traditional tank with fire damage abilities, the Nightblade is a more typical stealthy assassin, the Sorcerer is the more powerful of casters specializing in elemental, dark magic or even summoning, and the Templar finds themselves as a mix of melee and magic user.

Similar to the single player games players can use any weapons or armour that they wish, gaining skill points from their use, meaning players can be more flexible in their combat style and create their own hybrid templates.

A three way PVP faction based war, the three factions fight for control of the region of Cyrodil, able to capture and defend strongholds gaining control over their resources or using siege warfare two assault enemy fortifications in massive PVP warfare. By controlling enough resources players will earn influence for their Alliance, which will ultimately give them control of the Imperial City, the Ruby Throne and even give the Alliances top player the chance to become Emperor giving special abilities when on the battlefield as leaders of their Alliance.

New regions await where players can take on the greatest of challenges, with the new dungeon delves and the Trials that will test a group of 12 players, or even the four player Dragonstar Arena survival mode, all of which offers great challenge for veteran players that dare to face these dangers.