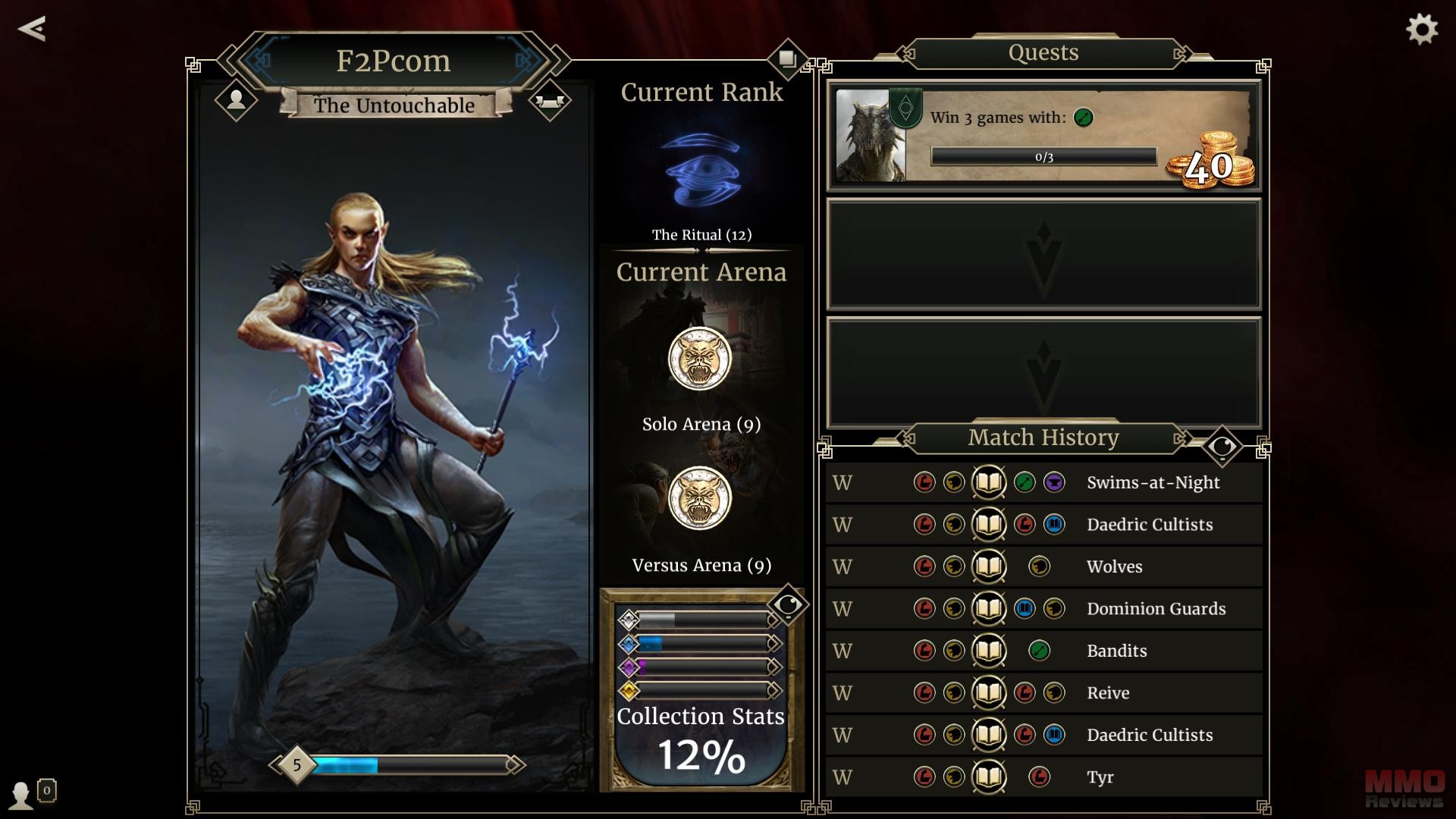 The Elder Scrolls: Legends transports players to the lands of Tamriel where they will assemble their own fighting armies and go head to head against other players or AI opponents. With hundreds of collectable cards featuring some of the most hardened races and fearsome creatures, players must use strategy, planning and tactical thinking in this exciting free to play card game.

- Build a deck from hundreds of card
- Choose up to two primary abilities for your deck
- Unique two lane battles
- Solo, Versus, Arena and Campaign Modes
- Ranked and Unranked matches
- Completely free to play

The Elder Scrolls: Legends takes its cues from many other card games in the genre, with many traditional mechanics and features players will find it easy to step into the game for the first time and quickly grasp how to play. The primary goal is defeating an AI or player opponent in head to head combat, challenged with removing all the rival hero’s hitpoints by drawing and playing cards from their deck and battling with all types of creatures, spells and champions from the world of The Elder Scrolls.

This is the resource that players spend each turn to play cards, every card has its own Magicka value, from 0 to 7, and players start with 1 Magicka at the start of the game which increases by 1 each turn allowing the player to field a higher number of cards in a single turn or play more powerful individual cards. Certain actions and units can increase the amount of Magicka a player has during their turn.

Decks are the cards that a player takes into battle, by collecting cards from different game modes or purchasing them in booster packs which give out random cards, players can assemble their own army. A deck must have a minimum of 50 cards in it and each deck is built from one or two Abilities (Willpower, Strength, Intelligence, Agility and Endurance), with every card in the game having one of these Abilities assigned to it (with the exception of some neutral cards which have no Ability type). This means a player creating a Strength deck can only have Strength cards in it, or a Strength-Agility deck can only have Strength and Agility cards.

There are 4 types of card:

Unit/Creature – These cards are placed on the battlemap, they have a damage score and hitpoints and typically fight each other and try to deal damage to the enemy hero; many units also come with a particular trait that gives them a unique ability such as “Guard” which means any units in the same lane must attack a unit with Guard before attacking any other units in that lane or the enemy hero.

Actions – These cards can help and hinder both allied units and enemy ones, ranging from curses and boosts to improve stats, damage dealing spells or heals, the ability to move and manipulate cards and more, they can only be used once and then the card is expended

Item – Buff cards that can be attached to a unit to increase its hit points, inflicted damaged or give it a new trait to upgrade the unit

The game features a Rune system where each hero begins the game with five Runes and 30 hitpoints, for every five hitpoints a player loses they will also lose a Rune, which instantly draws one of the player’s cards from their deck and places it into their hand. Some cards have a trait known as “Paragon” which means that if this card is drawn by a Rune being destroyed then the player has the ability to play this card for free instead of spending Magicka.