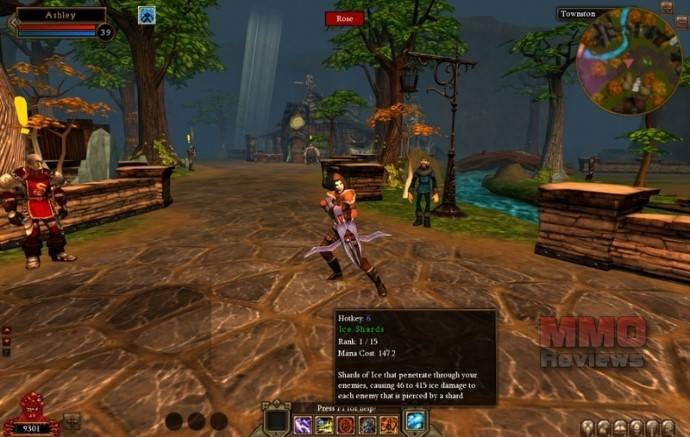 Developed by NCsoft for Windows.

Choose to play as Fighter, Mage or Ranger in a realm of terror, magic and adventure. Unlock powerful new skills as you gain experience on your journey into the unknown.

- Free to download and play.
- Three character classes: Fighter, Mage, or Ranger. Each can learn powerful magic and deadly weapon skills.
- Progress in power as you gain levels and acquire new treasures.
- Some dungeons can be completed quickly, rewarding those who can only invest 15 minutes a play session. Greater dungeons, however, will provide a deep, rich, questing experience for those who want to go on longer runs or multi-part quests.
- Easy to control with either ‘WASD’ or point and click combat and movement.
- Adventure alone or join with online friends to form your own band of heroes.
- Undertake quests to rid the world of unspeakable horrors and legions of enemies.
- Gather in the public area of Townston, and then quickly hop into a new adventure in your very own instanced dungeon.
- Become a legend. Bask in the limelight as your powers, equipment, and influence grow with each successful quest and every fallen foe.
- Randomly generated dungeons may contain any number of special rooms, different monster encounters and more! Each dungeon is always fresh, providing limitless re-playability.
- Game content will continually grow: new maps, monsters, powers, and much, much more!
- Literally thousands of magic weapons, items, and armor to discover!
- Dungeon Runners will always be free to download and play, however, choose to become a member and you’ll have access to the most powerful in-game items and a growing list of members-only privileges.

There is a PvP world where players can travel to the town of Pwnston and engage in single duels or group duels with other players. Each character starts off with a PvP ranking of 1500 and this number changes according to duel outcomes. Players can engage in single or group pvp combat and each side may have up to 5 players. The difficulty of the match is also scaled according to the ratio of the group sizes. For instance, a single player facing off against a team of two players would be at 100% power while the other team's two players would be toned down in damage and armour. Depending on your performance you may receive King's coins which can be spent on items.