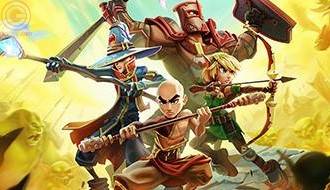 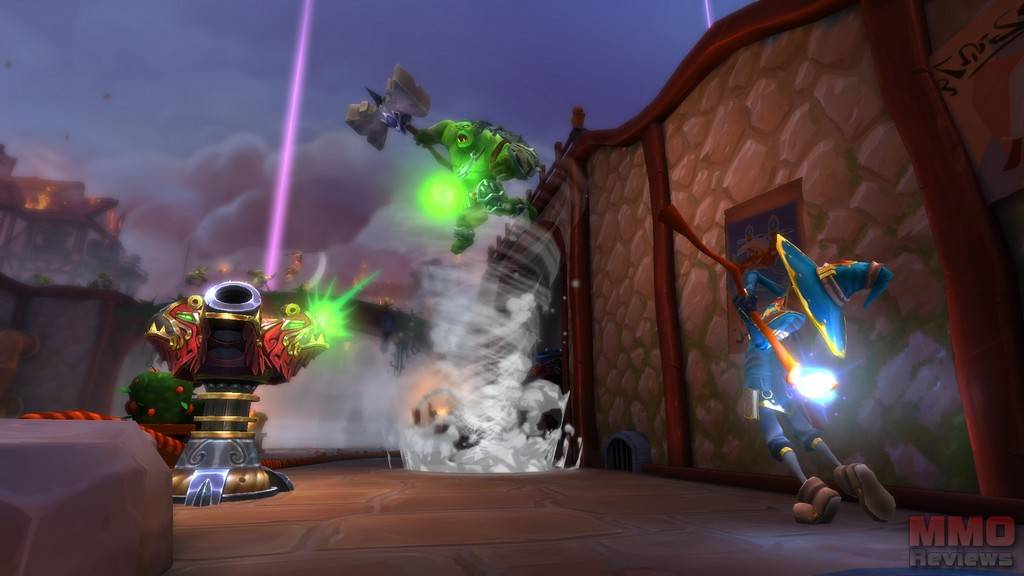 Dungeon Defenders II is a fast-paced and addictive massively multiplayer online game that combines traditional 3D tower defence with role-playing elements. Based on Unreal Engine 3, the title delivers intense co-op battles and can be played for free. Players will be able to choose among 4 different classes they can completely customise to their liking and needs with a plethora of skills and items as well as new tower options.

Some time ago, the valiant warriors of Etheria, the realm of living legends, were forced to band together to defeat an eternal evil known as “The Old Ones”. They had to fight a lengthy war to finally banish the Old Ones, imprisoning them in mighty Etheria crystals. However, the evil endured and has been freed again, now once again terrorising the realm and its inhabitants. Etheria’s champions are tasked once more with taking back the land and restoring peace.

Huntress - powerful ranged bow attacks in addition to geyser and oil traps to thrust foes into the air.

Monk - a typical supporter capable of erecting aerial attack and buffing towers as well as telepathically pushing opponents into different lanes with his Chi.

Squire - heavily armoured defender who can put down strong defensive and blockade towers.

Players need to team up and work together in order to fend off several consecutive waves of enemies trying to destroy their main castle gate. For this purpose, they have to put down a variety of towers and turrets to keep back the invaders while simultaneously navigating their character across the map using their abilities and sort of acting like a mobile tower themselves.

Each match consists of a build phase followed by a combat phase: during the initial build phase, players are tasked to place their towers before the attacking enemy waves arrive. Easy mode allows them an infinite period of time to do so, enabling them to start the combat with a simple click when being prepared. With increasing difficulty, the time for preparation and setting up towers is limited.

When combat starts, enemy waves begin to enter the area following set paths on different lanes, which is characteristic for tower defence games, trying to fight their way through their players’ defences to reach the main castle gate. During combat phase, players are still allowed to erect towers, to repair and upgrade them to enhanced versions. All these activities require tower mana, a resource received from killed mobs or chests that can be found in the surrounding area.

In order to win the match, players have to hold back and defeat several waves, each consisting of a number of mobs as indicated by a counter at the upper right corner of the screen. The enemies grow stronger with every wave, which is visible by their changing looks; orcs, for example, start without any amour in the first wave, then arrive with light amour and finally with additional maces and shields.

The game grants the unique opportunity to combine several towers and traps with different effects; e.g. the Huntress can erect her geyser tower to propel enemies up into the air to make them easy prey for anti-air turrets that are only able to target airborne objects. The Apprentice also possesses traps to catapult opponents into the air as well his cyclone attack which has the same affect, which perfectly works together with anti-air turrets. Another possibility is to combine fire towers that normally set multiple opponents on fire with oil towers, resulting in the oil set on fire and the whole area burn.

Characters need to move around the map to identify weak spots in the defences, place turrets and repair damaged ones while trying to fend off opponents by attacking them. A quick hotkey click allows players to be immediately placed to then choose the direction they want to target which is signalised by an area of attack reticule. They are actively involved in combat and can’t join in again after being killed till a timer has run down.

While the primary objective is defending the main castle gate, players also have to defend several sub-ojectives, usually represented by additional city gates. If their locking mechanism is destroyed, they open up another lane for the next wave of enemies, forcing the team to alter their tactics, shift their defences and extend their resources more thinly.