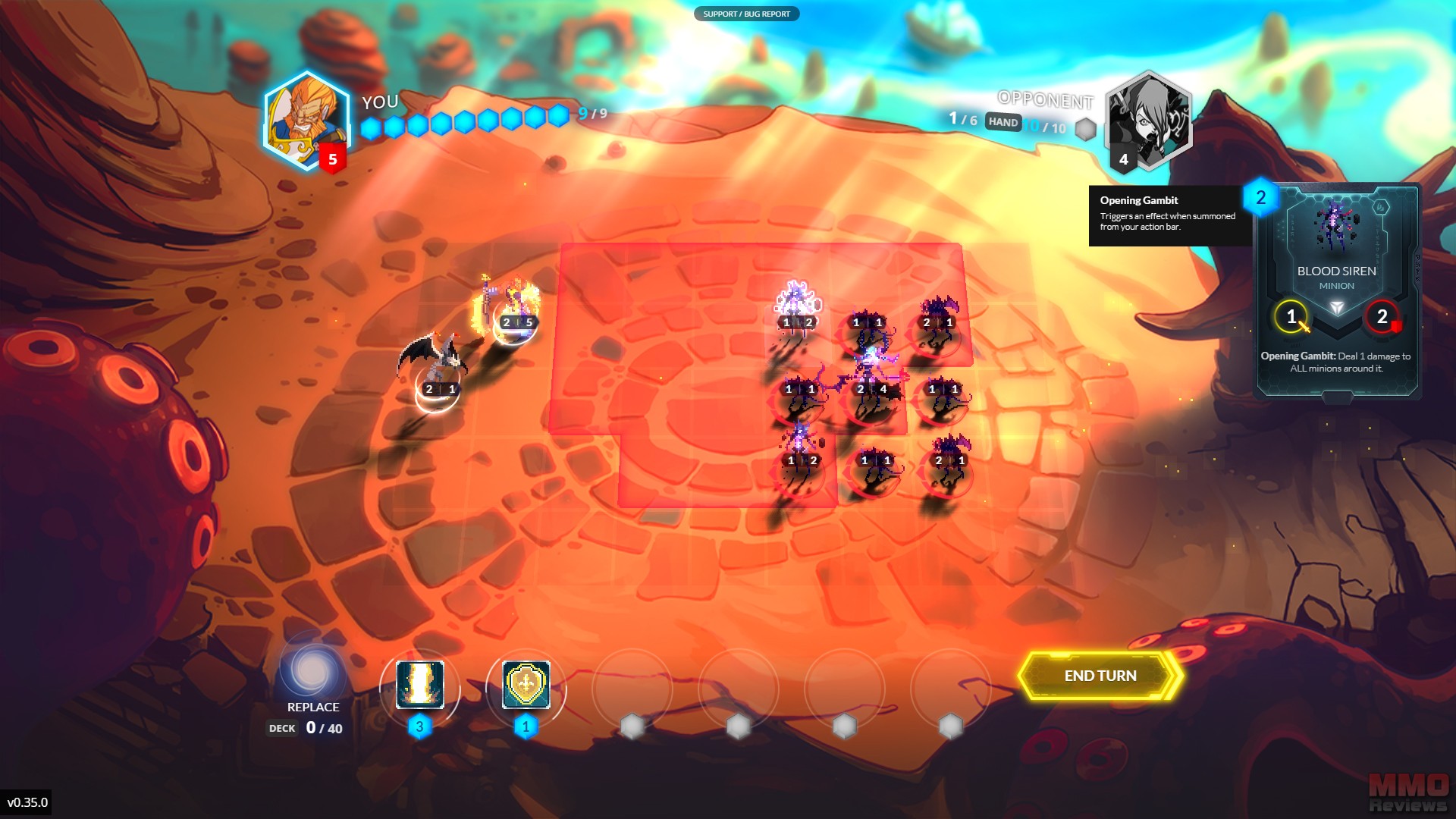 Duelyst is an exciting free to play browser MMO with a mix of chess like arena battles using various minions, spell card and powerful artifacts that are collected in the form of cards and are part of a player deck similar to a TCG. The game has a variety of game modes as well as six different factions to play as and an extensive amount of customization for players to create armies that best suit their own playstyle.

The game is primarily a card collecting game, very traditional in that players earn in game Gold currency to purchase Soul Orbs that they can open to acquire five cards, either neutral or a card that can only be used by one of the six factions. By acquiring cards players build up their deck based on their preferred type of strategy with the various factions being predisposed to particular tactics and styles of play.

Taking the deck into battle players start by randomly drawing three cards into their hand and will continue to add cards each turn throughout the duration of the game; these cards can be played by spending mana from the players own mana pool; each card has a different cost but players’ mana will fill back up after each round as well as increase by one, allowing more cards to be played in a turn in later rounds or the chance to play more expensive cards.

The cards themselves fall into three types; Artifacts, Spells and Minions. Artifiacts are cards that can only be applied to Generals to make their abilities stronger, Spells can be case upon a players own units to help them or against the enemy Minions and Generals to damage or hinder them. Minions come in all shapes and sizes, with an attack score and a number of hitpoints, some minions even have unique traits that allow them to perform different actions.

The primary difference with the game is the board; unlike TCGs once cards are played they aren’t simply placed down but instead the Minion cards are placed on a gridded arena board and take the form of individual pieces, like a game of chess. The player can move their units around each turn attempting to out play and destroy their opponents Minions, as well as their General who also takes the form of their own piece. Generals have large hitpools and can take a lot of damage, but once defeated then they forfeit the game.

There are six factions that can be played, players are not limited to only playing one faction, and each has an extremely different playstyle based off their unique cards:

Players can experience tutorials in the Training Hall and complete Single Turn Challenges where they must defeat the enemy in one turn with the units and cards provided, alternatively they can train on their own in the Sandbox arena and control two teams to practice their strategy. The game has a Ranked mode where players use the matchmaking facility to duel each other for position, and the Gauntlet mode lets players spend Gold to try and fight and win nine matches before losing three of them, acquiring greater rewards depending on how many wins they get.