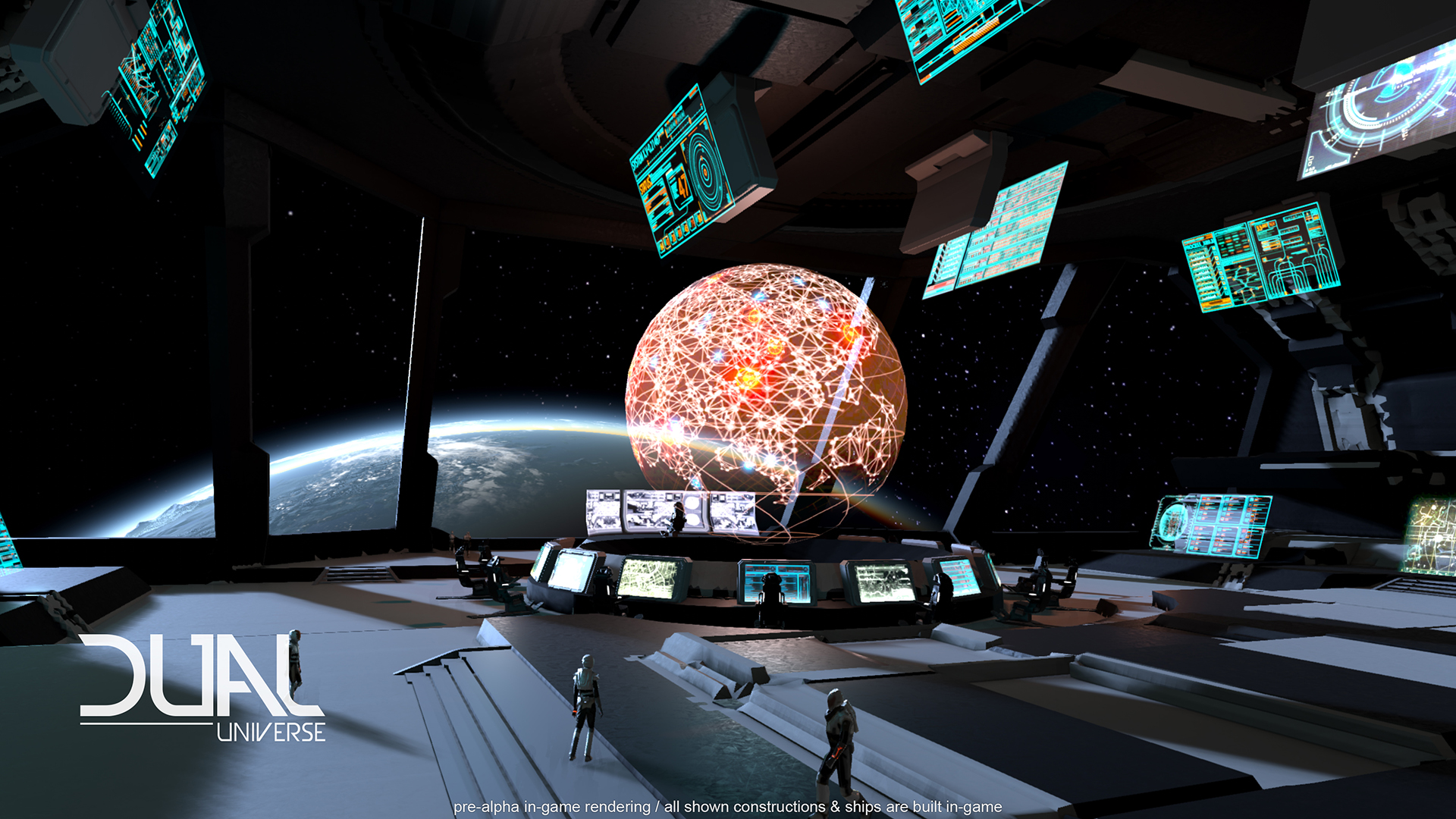 Dual Universe is an open sandbox Sci-Fi MMORPG set on a single shard server where players are able to build their own lives as colonists landing on a new planet that they are able to manipulate and change using voxel based crafting and destructive world elements. The game features heavily on crafting, trade, combat and politics.

- Single shard world where everyone plays together
- Cause and effect mechanics where all actions matter
- Construct cities, space stations, vehicles and more
- Trade with other players, become an industrialist, or even a politician
- Battle for control of territory
- Fly ships into space, or dig deep below the worlds surface

You are one of many survivors aboard the colonial spaceship, the Arkship, that had escaped Earth and its predicted destruction, put into 10,000 years of cryogenic sleep you have finally settled on a new Earth-like planet that is your home. Now you must rebuild civilization and restart humankind.

The game offers a solo experience to those players that want it but benefits players looking to work together, whether working on communal constructs, making trade negotiations, or waging war as an organization against the politics and ideologies of rival colonials. A truly sandbox MMORPG players are able to do whatever they wish when making their place in it; focus on combat, crafting, industry, exploration and more to make a name for themselves.

Dual Universe emphasises its single share focus, everyone playing in the same massive sandbox game at the same time, where every action a player takes, every discovery they make, it has an impact as all players are part of the same single universe and same collective story. The playable world is truly enormous, with no loading screens or instances, players can in time access new planets and solar systems, exploring them and settling them to build their own outposts, settlements and even cities.

With the planetary sized voxel technology players will be able to design and build all types of constructs, from cities, spaceships, huge orbital stations and more; players can dig up and destroy the environment to shape it to their own needs. The resources are there, the only thing the player needs is the time, effort and passion to build it.

The game provides a variety of “elements” as well as the voxel based resources, functional units such as an engine, weapon or radar that allows for a wider array of items to be placed into the game. Most of these items are used as pieces of larger constructs and, with Factory Units and the blueprint system players can actually mass produce their creations on a huge scale and start their own industry and try to take over the market.

Trade is the lifeblood of the game and the economy is completely player run; players define the market with their own pricing structures, determine how much resources are worth based on their abundance or rarity; entire organizations will focus on simply trying to dominate and control the trade market and forming their own industries, logistics companies, banks and more.

Players are able to lay claims to their own territory, and whilst there’s more than enough to go around this land can be contested if it holds an economic or militarily tactical advantage. Using a Territory Units an individual can claim an area of up to 1km for themselves or an organization they are part of; but prepare to defend yourself from rival groups and planetary alliances that can draw you into a galactic war. The game will provide safe zones for players that don’t want to be dragged into the PVP gameplay, particularly around the Arkship, but the further players head out the more they will rely on having allies to aid them who will hopefully have the skills and gear to fight with them.

The game uses a skill-based character progression with a variety of skills to individually learn and specialize in as players advance through the game. All skills train in real-time, whether the player is online or not, allowing a natural progression the longer you have played the game and early level skills being quick to pick up to give players a broader taste of what gameplay options are available.