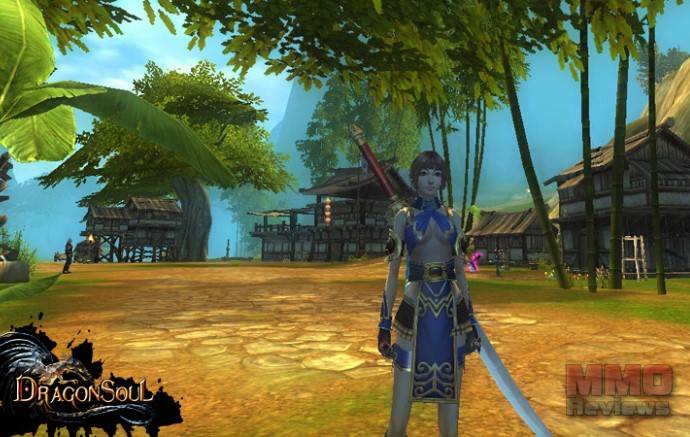 DragonSoul is a free to play MMORPG which uses a graphics engine especially developed for this game, which makes it possible to display the enormous battles between the different eight enemy kingdoms in high resolution 3D graphics. It combines classical role-playing elements with an immersive story into a unique gaming experience.

It features a huge and beautiful game world, , over 2,000 weapon and armour parts, five different classes, six different climes with changing weather effects, an innovative political system, epic PVP battles where the player's competence and ability to cooperate with other players of their kingdom decide on any future events, reams of quests for solo players, groups and alliances, and an additional diversity of activities such as the cultivation of crops and mining of resources, the upbringing of pets and a versatile crafting and upgrade system.

Political system acts as a inexhaustible source of motivation to players during all stages of gameplay. Not only does it include the election of a king but also a tutorial system for MMO newcomers. Furthermore DragonSoul features a complex guild and alliance system which drastically enhances the shared gameplay and also contributes to the dynamics of conflicts between each individual kingdom.

The election of the king

All players can be elected king if they are part of a guild or an alliance. If they secure a majority of votes in their fraction and also win the king’s election, they can become king, the highest ranking member. To lead their kingdom as sovereign in DragonSoul, they will have to secure the honor and respect of their followers through heroic performances in epic battles.

The king’s and his ministers’ tasks

Once the king has been crowned, he can name two of his most reliable supporters chancellor and field marshal. Both positions are instrumental to the success of the empire. The chancellor’s task is to collect money through taxes on trade which in return help to equip their followers. The field marshal is responsible for the army and the kingdom’s defense. It is up to him to defend the empire by investing the budget provided by the chancellor into defensive fortifications and powerful buffs for the entire kingdom. The king himself looks after the diplomacy between the empires. He can forge alliances between friendly kingdoms and, in such a manner, overpower even superior kingdoms with cunning diplomacy.

Alliances can shatter as quickly as they were forged. However, not only are membersforced to prove their worth permanently, but members of the government can be relieved of their duties at any time. Each member of a kingdom’s government has got especially effective powers which they can put to good use in PvP battles. But they have to be alert and constantly prove themselves: Every fourteen days, they have to put themselves up for re-election and justify their decisions in front of their followers.

The world is on the brink of an abyss. After the last great dynasty’s fall, the threat is growing from the hordes of the steppe. Now, you have to face the dangers: fight for power, improve your skills and rise to be king: Glory or death!